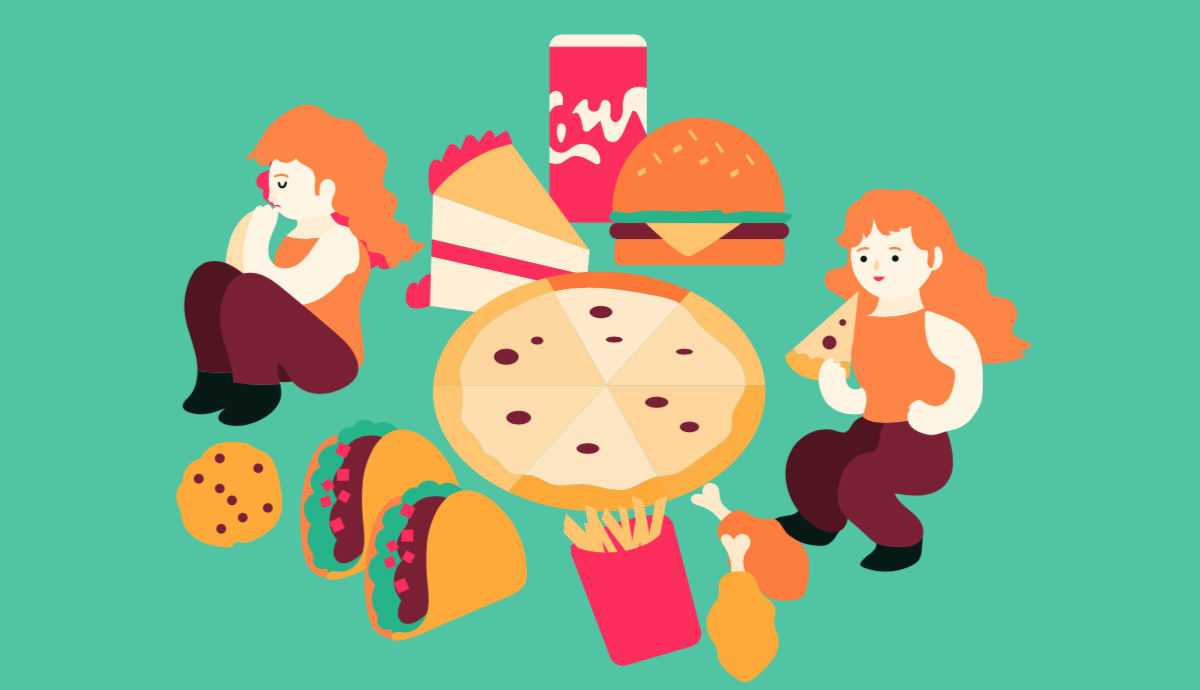 There are different types of eating disorders each with their own diagnostic criteria. The most common eating disorders include anorexia nervosa, bulimia nervosa, and binge eating disorders. They are characterized by disturbed eating behaviors, change in eating patterns, and a significant impairment of health. With the start of the academic year, parents and educators are encouraged to recognize the signs and symptoms of eating disorders, as it can help students get the treatment they need.

Anorexia nervosa is a psychological eating disorder. Individuals with anorexia nervosa may believe that they are overweight when in reality they are alarmingly thin. These individuals may avoid, restrict — or eat very little food — and exercise excessively. This disorder may lead to losing a large amount of weight and death by medical conditions produced by starvation. Some symptoms include extreme thinness, strong fear of gaining weight, and a distorted body image. Individuals with anorexia nervosa typically weigh 15 percent less than the indicated body mass index (BMI) they should have in accordance with their sex, age, and height. Over time, anorexia can lead to brittle hair and nails, thinning of bones, low blood pressure, infertility, and damage to organs such as the brain and heart. Statistics show that anorexia is the third most common chronic illness in the younger population, following asthma (the most common) and type 1 diabetes.

Bulimia may present itself as episodes of eating large amounts of food and feeling a lack of control of these episodes. These episodes tend to be followed by vomiting, use of laxatives, fasting, and excessive exercise. In comparison to anorexia, individuals with bulimia can maintain normal weight or be overweight. Symptoms of bulimia include chronically inflamed and sore throat, severe dehydration from vomiting, swollen salivary glands, worn out tooth enamel and decaying teeth (from exposure to stomach acid), and acid reflux disorder. As people with bulimia can have a normal range body weight for their height and age, Families Empowered and Supporting Treatment of Eating Disorders (F.E.A.S.T.) believe bulimia nervosa in the student population is often under-reported and under-diagnosed.

Binge eating disorder was recently recognized as a clinical condition by the DSM5. It is characterized by individuals losing control over their eating. This disorder, unlike bulimia, does not include purging. Therefore, these individuals are often overweight or obese. Some symptoms include eating large amounts of food, eating fast during binge episodes, eating even when full or not hungry, eating alone to avoid embarrassment, and feeling distressed or guilty about eating.

Eating disorders are caused by a wide variety of different factors. One common trend seen from people who suffer from anorexia, bulimia, and binge eating disorder is body issues and poor self-esteem. Many times, body issues are prominent because of the media’s influence on what is considered ideal. The media often portrays and celebrates people who are thin, and frequently frowns upon the rest. One study conducted on 238 undergraduate female students demonstrated that media had a direct effect on eating disorder symptoms. Consequently, the media influences the way teenagers and young adults interact with each other, facilitating the introduction of poor self-esteem and body issues.

Treatments for anorexia nervosa and bulimia include a comprehensive and holistic approach that covers individual and family/group therapy, medical services, and in some cases psychiatric medication such as antidepressants. Monitoring exercise and nutritional counseling are also imperative components of the treatment plan. The National Institute of Mental Health emphasizes that treatment and intervention are imperative to start as early as possible, given that individuals diagnosed with eating disorders are at higher risk of suicide and/or developing other mental health problems. If you or a loved one is struggling with an eating disorder and/or is on the road to recovery, contact a support group or hotlines provided below.

While the following list is not all inclusive, here are some warning signs that may indicate to educators, parents, and friends if a student has an eating disorder:

If you or a loved one is struggling with an eating disorder, contact any of the following hotlines. If immediate danger is present, call 9-1-1.