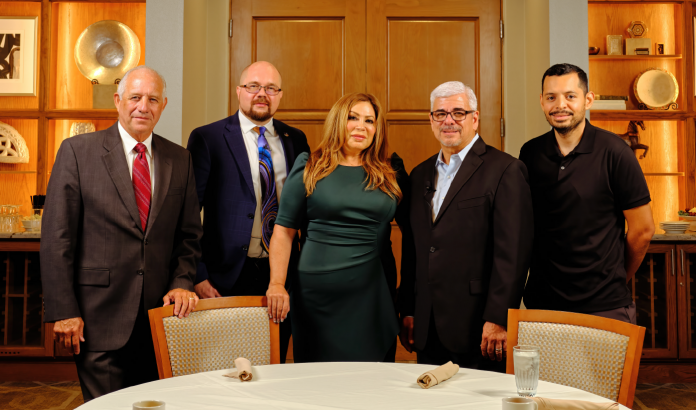 For a long time, the Rio Grande Valley’s economy was tied to the agricultural industry. And while still relevant, there has been a steady shift as the Valley has become more urbanized. To better understand the progression and see the big picture of where this region is heading, one must step back in time and take a look at the contributing factors that have played a role in making the RGV an economic powerhouse.

In a recent roundtable discussion hosted by COSTEP’s Matt Ruszczak, a group of local leaders from across the Valley with a pulse on this region’s growth took a deeper dive into the Valley’s evolution.

“The single one thing that began the transformation of this region was the access to education,” said Rose Benavidez, president of Starr County Industrial Foundation. “The work we (South Texas College) do is directly related to impacting the economic success of this region. We were one of the only regions that didn’t have access to higher education. It changed the dynamic.”

Benavidez, who also serves as the board chair for the South Texas College Board of Trustees, added that when STC was developed in 1993, it pushed the region to begin considering the needs of the growing economy.

It was educational systems like STC and Texas State Technical College (TSTC), University of Texas Brownsville (UTB), University of Texas Pan American (UTPA), and Texas Southmost College that provided paths for residents to advance their careers and support the local workforce. Today, these entities collaborate with economic development organizations, regional and state leaders to assess the needs of the evolving workforce. UTB and UTPA recently merged to create University of Texas Rio Grande Valley, which has made education even more accessible.

“Access to education, and the ever-increasing partnership opportunities between the public sector, private sector, and education facilities have given residents opportunities to better themselves while allowing the region to attract higher-waged jobs,” said RGV Partnership President/CEO Daniel Silva.

In that same time period, the North American Free-Trade Agreement (NAFTA) impacted how business was being done in the Valley.

“It opened the door for trade with Mexico, and a lot of U.S.-based companies started moving to Mexico,” said Raudel Garza, Harlingen Economic Development Corporation CEO. “A lot of our local communities took advantage of that, and the industrial sector blossomed. Logistics blossomed, as well. Now we weren’t just shipping fruits and vegetables, we were shipping finished goods back and forth.”

It was this boom in trade that began to catch the eye of major businesses from beyond the Valley’s four-county borders. Due to its location, international companies recognized the opportunity. This spurred the growth of our tourism and real estate markets as more people began traveling and relocating to the area.

Its geography has always been one of the RGV’s strongest assets. The United States-Mexico-Canada Agreement, a renegotiation of NAFTA, has been instrumental in bringing companies off-shore and bolstering the nearshoring initiative. The region, with its generous open land and strong winds that come off of the Gulf Coast, has also seen a rise in renewable energy and solar power.

“The reason they (green and solar energy) are here is because of geography,” Ruszczak said. “It was an economic play, but it is providing a basis for new investment looking for that power source.”

Connectivity is another major advantage of the region. Major highways that lead in and out of Mexico, the current construction of I-69 that will greatly transform logistics, miles and miles of rail, many ports of entry — including two water ports — and air. 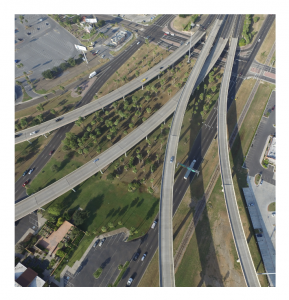 “The connectivity after all these great events happened in the Rio Grande Valley, started accelerating or providing much more opportunity,” said Josh Mejia, McAllen Chamber of Commerce CEO and former director of the Brownsville Community Improvement Corporation. “The interchange of human capital, trade economy going from both countries, and seeing the geographic advantages, are among the main reasons SpaceX is here, and their impact is being seen region-wide.”

Mejia went on to explain the importance of not just the physical connectivity, but the digital connection and the impacts all these factors will have on the future of communication, regionalism, and blending of workforces.

“If there is a huge project coming into Starr County, who is going to fill those jobs? It’s a regional thing.”

Connecting via roadways, bridges, and digitally will enhance the performance of the local workforce and supplement new industries. 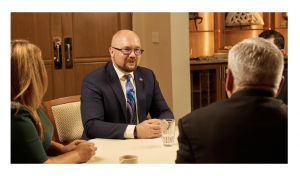 These connections are what continue to build up the RGV’s economy and attract industries, such as wind and aerospace. The Valley is shifting from wide-open spaces for agriculture, to utilizing this real estate for broader industries that are propelling it into space.

The needs of the workforce are changing, and the aerospace industry is a major catalyst in this change. The SpaceX Launch Facility first began construction in the late 2010s, with a groundbreaking in 2014, adding to the already existing aerospace industry. United Launch Alliance has been in Harlingen for more than 30 years.

“The region is starting to work together in the planning of education, infrastructure, and logistics, which has made a dramatic difference,” Silva said.

As the industry focus shifts and more high-paying jobs become available, that transformation will place the Valley in a better economical position than when this all began 30 to 40 years ago. 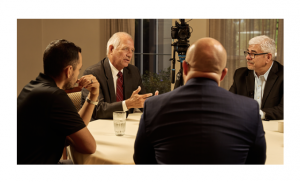 “It is a creation of synergies; you can talk about the direct impact from Space X and their 1,500-2000 employees and high-paying jobs,” added Manny Vela, CEO, Valley Baptist Health System, Valley Baptist Medical. “Peripherally, understand that effect that they have on our economy. They go out to eat; they go out and are buying homes. They’re seeking healthcare services — it’s a ripple effect.”

The Valley has a population of 1.2 million, add in the binational population from across the border, and that puts this region at approximately 2.6 million. The population is expected to double by 2045, an increase driven by significant economic and employee growth. It’s easy to say that the Valley can no longer be considered just another sleepy farming area. Economically, it rivals top metro areas like San Antonio and Austin.

As the discussion wrapped up, Ruszczak asked the group what they thought would define and influence the region’s future. 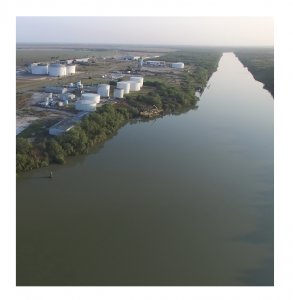 “The region’s future is largely impacted by how the region works together to tackle large economic development initiatives, funding, and planning opportunities,” Silva said. “We have the chance to get it right the first time around and, as we work together, the entire region will benefit from our foresight.”

Benavidez reiterated the importance of education, diversification, and how that will impact the labor force. Garza continued with the connectivity theme and growing airline services in order to expand international travel to accommodate global business executives.

But another key influence the group recognized was the importance of regionalism — working together and collaborating as a whole.

“To a large degree, we have been looked at as the back door to the U.S.,” Vela said. “People should start looking at us as the front door. People should take great pride in where we are and where we’re going.”