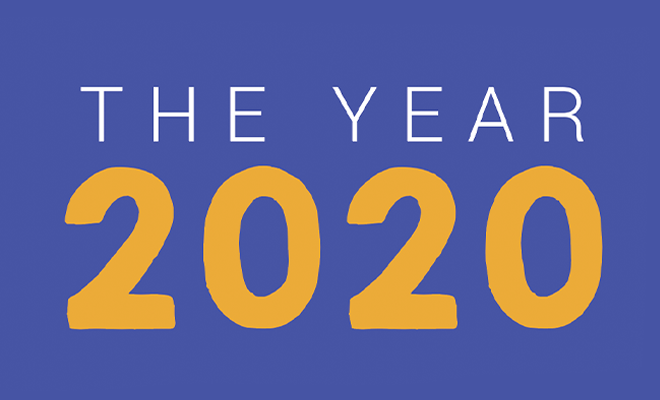 If I were to tell you that your “Roaring ’20s” New Year’s Eve Party on Dec. 31, 2019, would be one of the last few times you’d be able to gather freely with friends without the risk of spreading a deadly virus, you might have thought I’d had a little too much to drink.

For many of us, 2020 felt like a year full of hope — a new decade, something fresh and exciting.

Many millennials were starting to see their lives and careers come together and take off. Plenty of small businesses and industries in the RGV flourished as our population grew and our cities touted their safety and commerce.

Then, a new coronavirus strain — SARS-CoV2 — hit society, the economy, and our healthcare systems like a ton of bricks.

A novel, previously non-existent, strain of the virus that spread across the world confused scientists, baffled researchers, and, of course, caused a partisan political battle in the United States about how to mitigate the spread and also care for the beleaguered economy.

Masks became a debate and social distancing turned into a mandate, which some people felt was an attack on individual liberty.

The U.S. has been battered hard by this virus. At the time of publication, 5.54 million Americans have been infected with COVID-19 and some 173,000 souls have lost their fight.

Recently, our region has turned into a hotspot for the virus. With hospitals in all four counties struggling to keep up with the demand for beds and ventilators, the state had to import doctors and equipment as our healthcare systems have been overwhelmed.

Hundreds have died as this public health crisis continues.

As if the new coronavirus and its effects weren’t enough, American society was about to face another conflict: racism.

Racial-based violence in this country has a long history. From the African slave trade that built much of this nation to border violence when our area changed hands from Mexico to the U.S., there have been cries of injustice and inequity.

A string of Black deaths this summer in combination with economic and emotional turmoil from COVID-19 caused civil unrest to rise.

Ahmaud Arbery was hunted down on a jog and killed with a point-blank shot that was caught on camera in a horrifying manner. Breonna Taylor was killed in her apartment when police conducted a drug raid that turned deadly for the sleeping 26-year-old EMT.

And, of course, George Floyd’s extremely public and graphic murder is the straw that broke the camel’s back of a stressed and frustrated community.

We are still seeing the aftermath of his death, along with the protests and riots that spread across the country as everyday people — Black, brown, white, and everything in between — asked for comprehensive change against systemic racist and violence.

In the RGV, it’s a unique situation because the Black population isn’t large and the respect for law enforcement and police is prominent.

Many ask, “Why are Black lives important when that’s not my identity?”

This tension boiled over when a man wielding a chainsaw yelled a racial slur heard around the Valley at protesters who were making in support of the latest Black equality movement.

As someone who is both African American and Latino, what I will say is that so much can come from conversation.

Do we have police brutality and oppression on the same scale as larger American cities with a bigger Black population? No, we don’t. But we do have a large police, Border Patrol, and ICE presence in a community that grapples with poverty, food insecurity, and numerous health issues.

Some will argue that police should be defunded and have resources reallocated so other sectors can flourish.

Are there still instances of racism, anti-blackness, and colorism in the RGV? Yes. Many Black people shared their stories in the aftermath, explaining the ignorance and racism that they have felt.

As if the Valley needed any more hardship, Hurricane Hanna, a category 1 storm, made landfall on July 25 and we were her target.

Areas known for bad flooding were hit with heavy rain once again as Weslaco, Edinburg, and colonia communities now deal with the fallout of the storm.

The Valley needs healing. We need compassion, patience, and understanding as different groups struggle together, but in unique ways.

While our business community struggles to make a profit to keep doors open and employees paid, our poor neighbors struggle to make ends meet with government benefits not always available.

One thing that remains true is that the RGV is a tight-knit community. We can learn and get better from the events of 2020 and come out of this year and pandemic more understanding.

Listening and patience with one another is key, but do we all have the ability to hear each other when frustration gets so loud?

What has the pandemic changed the most in your life? #JoinTheConversation at facebook.com/rgvisionmagazine.