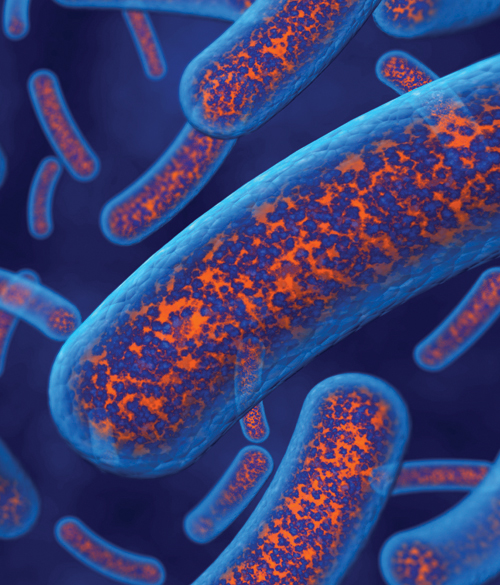 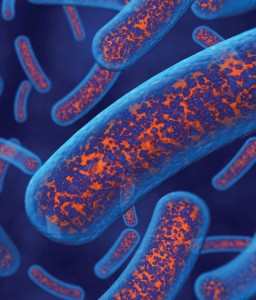 RGVision: This is an innovative hospital disinfection system, tell us about the history and conceptual process behind the Xenex robot.
Healthcare associated infections (HAIs) are the fourth leading cause of death in the United States and cost the healthcare system more than $30 billion each year. They result in more deaths each year than breast cancer, AIDS and automotive accidents combined. Xenex was started in August 2008 when co- founders and epidemiologists Dr. Mark Stibich and Dr. Julie Stachowiak recognized that pulse xenon UV light technology had the potential to solve the world’s HAI global health issue. They created a device that is changing the way we disinfect healthcare facilities.


RGVision: What is the mission?
Xenex’s mission is to significantly reduce the number of HAIs that im- pact the health and lives of millions of patients and their families and become the new standard method for disinfection in healthcare facilities worldwide.

RGVision: Which Healthcare Associated Infections are the most prevalent to the hospital patients? And how does the UV pulse eliminate these microorganisms?
HAIs are caused by microorganisms, such as viruses, bacteria and bacterial spores. These microorganisms, like Methicillin Resistant Staphylococcus Aureus (“MRSA”), Clostridium Difficile (“C. diff”), or Vanco Mycin- Resistant Enterococus (“VRE”), can spread between patients, staff, visitors, surface areas and equipment. Bacterial spores like C. diff are really tough because they can live in a hospital room for up to four months. Hospital cleaning teams are not able to disinfect all the surfaces in patient rooms, with research showing that more than half of the surfaces remain untouched.
Additionally, deadly “super-bugs” are showing resistance to cleaning chemicals, making the pathogens even more difficult to eliminate.
Patients in hospitals often have compromised immune systems – their immune systems are weakened because of sickness or suppressed because they are taking antibiotics – or they have a skin opening because of a surgery. Because of this, patients are more likely to contract an infection. 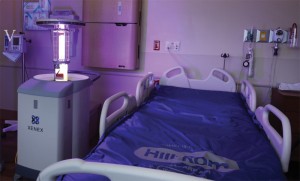 The Xenex system is the fastest and most cost-effective room disinfection technology. What makes our device so different is that we use pulse xenon ultra- violet light, which is 25,000 times more intense than other UV technologies. The bright light damages the DNA of the microorganism so that it can no longer re- produce and is no longer infectious. We can disinfect rooms in minutes and disinfect more rooms everyday than any other system available. We have data, papers and case studies from hospitals around the nation demonstrating the HAI reduction they have experienced through their use of Xenex — and reducing HAIs is the most important thing to our customers.

And we’re a green technology. Xenex systems are made in the U.S. and are friendlier to the environment than cur- rent housecleaning chemicals or UV devices using toxic mercury. In 2009, the U.S. Department of Energy issued an Executive Order for federal agencies to become more protective of the environ- ment in practices including the use of non-toxic or less toxic alternatives when possible where these products meet the performance requirements of the agency. Xenex is the only company to offer a xe- non-based room disinfection system that is patented, tested, and proven to deliver a germicidal dose of UV-C light capable of killing C. diff in four minutes or less.

RGVision: Which hospitals are using this robot, and what has been the result? Can you give us an example of how one hospital uses the robot and how many are needed?
Many hospitals across the U.S. are now using Xenex devices, and the results are very exciting because they are experiencing fewer infections. We know that the more a hospital uses the device, the better a job they will do getting rid of the micro- organisms which cause HAIs. Our systems are being used in every department and unit with- in hospitals in isolation rooms, operating rooms, general patient care rooms, contact precaution areas, emergency departments, and even in bathrooms and public spaces. 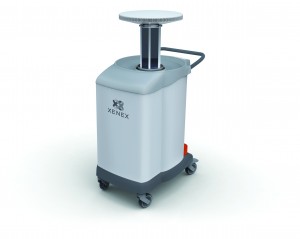 Every hospital is different. Some use Xenex in their ICUs, some use it throughout their en- tire facility. To disinfect a patient room, the housekeeper will clean the bathroom, set and run the de- vice in the bathroom for five minutes while they clean the patient area (remove linens, wipe up obvious dirt, etc.). Once they have done their cleaning, they’ll position the device on one side of the bed and let it run for five minutes. They will then flip the remote controls and position the device on the other side of the bed, and then let it run for another five minutes – it’s that simple.
Every hospital is different in terms of how many devices they may need. We conduct a formal analysis of each facility; we review data points, from the number of daily discharges, patient room layouts, to their current infection rates to provide a customized recommendation. We want the facility to use the system continually to reduce contamination levels – in the operating rooms at night, in the emergency department, in the bathrooms and public areas, when it’s not being used to disinfect patient rooms. Some hospitals even put it in their equipment rooms so they can dis- infect IV poles and machines.

RGVision: Has the result been consistent in other hospitals? What are the statistics and facts proving that this Robot has reduced HAI?
Yes – every week we hear new results from our customers about fewer infections at their facilities. Several customers just presented their results at IDWeek. Highlights include
MD Anderson Cancer Center in Houston conducted a study which proved that Xenex is superior to bleach for C. diff reduction. The Xenex device eliminates 95 percent of C. diff from hospital rooms.
Cooley Dickinson Hospital in Northhampton, MA had a 53 percent reduction in C. diff HAIs when Xenex’s device was used to dis- infect patient rooms at discharge, operating rooms, emergency rooms and other areas The VA Hospital in Temple, TX was able to achieve a superior disinfection using a “hotel clean” plus Xenex in less time than the standard cleaning process, resulting
in an estimated 23 percent time savings. Westchester Medical Center had a facility-wide reduction in both C. diff infections and overall HAIs despite the
challenges of double occupancy rooms. Cone Health had a 56 percent reduction in MRSA infections in 2011
after implementing our device. The University of Wisconsin Hospital had a significant reduction in C. diff and bought another device so they can
use it in more hospital rooms.

RGVision: Hospitals are looking for ways to improve quality health- care while reducing budgets, how do you see Xenex playing a role in helping hospitals achieve this goal. How much is the robot?
HAIs cost the U.S. more than $30 billion every year. Each time we prevent an infection, we are helping that hospital save money. Each device costs approximately $82,000, and some customers say if they can prevent one infection then the device has paid for itself. One hospital told us they saved $2.3 million in just six months as a result of Xenex because they cut MRSA infections more than 50 percent — the savings was from fewer “bed days” lost as a result of infections, and they credit that reduction in infections to their use of the Xenex device.

RGVision: Is this robot exclusive to hospitals?
Currently, the Xenex system is being used in healthcare facilities but potentially could be used anywhere you have large numbers of people confined to a small space, such as nursing homes, cruise ships and gym- nasiums. We are focused on the healthcare market¬place because of the tremendous need to combat our nation’s HAI crisis.

RGVision: Is the Xenon UV ray harmful?
The xenon UV light is not harmful.

RGVision: Is this a supplement or a replacement to hospital personnel?
Using our device is adding an additional layer of safety. We supplement the great work the environmental services (EVS) team is doing because we eliminate microorganisms in places their chemicals and wipes can’t or don’t touch. We’ve seen hospital workers embrace the system because it truly makes them part of the infection fighting team.