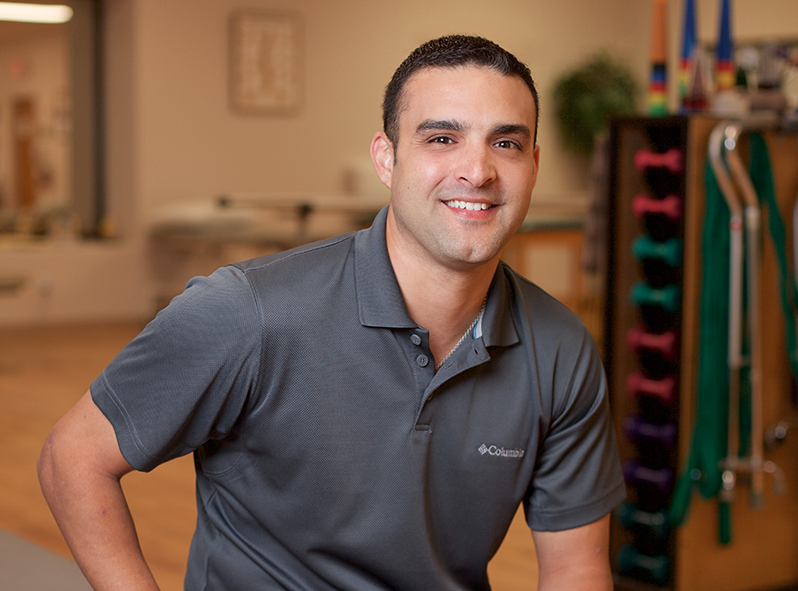 Louie Alamia is a lucky young man. He’s living his passion in life – helping others in need.  It’s what fills this Edinburg resident with energy and excitement, gets him up in the morning, and keeps him awake at night.

And as an active member of several community service organizations, Alamia helps kids overcome the challenges of poverty, broken homes, or even the physical and emotional demands of diabetes.

Alamia’s passion for helping others was inspired by the love and sacrifices his parents made for him after he was diagnosed with type 1 diabetes, a chronic condition in which the pancreas produces little or no insulin needed to allow sugar to enter cells to produce energy. He was 11 at the time when a doctor diagnosed his condition during a physical exam needed to play basketball.

“I wouldn’t be where I am today without the love and support of my mother and father. I know that’s kind of a like a cliché, but it’s true. They should get the right amount of credit for the things I have done and for what I’ve become,” he says.

“I remember my mother waking up at 4 a.m. to drive us to Harlingen so we could catch a flight to Houston for my appointments at the Texas Children’s Hospital, and flying back that same day so I could go to school the next day. She did that every three months for seven years.  All the sacrifices she made – that’s something I will never forget.”

Alamia’s dad also had a hand in shaping his son’s character and values. “I believe my dad is the reason why I am the person I am today – very goal oriented, very respectable, and intensely committed to serving others. I’m very proud to be his son,” he confides.

Diabetes Helped Him Come of Age

It was hard to accept the fact that he had diabetes and that he would endure it the rest of his life. Yet, Alamia learned early on to take responsibility for his well-being.  He learned to give himself injections, check his blood sugar, and monitor his carbohydrates several times a day. But it was hard at times, especially during adolescence.

“I saw my peers didn’t have to inject themselves before they drank or ate their meals. I realized I was different from them in that regard,” he remembers.

Then one day he noticed someone else in his neighborhood who had diabetes. This young man still lived a normal life, played sports, hung out with his friends, and served as an inspiration and role model for Alamia.

“He helped me be more secure with what I have and to embrace it. I now use my diabetes more as a motivational factor in my life rather than a setback,” he says matter-of-factly.

In high school, Alamia lettered in basketball and baseball for four years, never once letting diabetes hold him back. His sparkling play as an outfielder earned him a baseball scholarship to The University of Texas Pan-American.

His freshman year he was nothing short of amazing. He had the third highest batting average in the nation and was selected to the Louisville Slugger’s Freshmen All-American Baseball Team and the All-Independent Team.

When Alamia was a senior in high school, his grandmother suffered a stroke and went into a coma. During her hospital stay, he observed physical therapists moving her arms and legs to improve her mobility should she recover.

Seeing the therapists working his grandmother’s limbs sparked an interest in physical therapy. Later, in college, he talked to his athletic trainer about becoming a physical therapist. After the trainer suggested he would be well suited for such a career, Alamia began researching it. He even worked as a PT volunteer in a pediatric clinic.

“My volunteer work made me realize I wanted a career in PT. I loved improving people’s lives and their quality of life. Seeing them return to something they never thought they would be able to return to gave me a real sense of purpose,” he says.

Soon after completing college, he entered into the doctorate program at the U.T. Health Science Center in San Antonio. Completing the program in 2011 and passing the National Board exam, he became a licensed Clinical Doctor of Physical Therapy.

For the next 18 months, Alamia worked with Concentra Urgent Care in San Antonio. But his strong family ties beckoned and he returned to Edinburg.

When a PT position opened in Dr. Marquez’s outpatient and sports medicine facility, he jumped at the chance. The two were not strangers. After finishing baseball in 2006 and before starting his PT studies, he had worked for Dr. Marquez as a volunteer PT technician.

Seeing patients recover from pain and debilitating injury is key to Alamia’s happiness.

“I get to see and be a part of their continuity of care two to three times a week for four weeks. I get to see the progression they make from their first to their last visit.

“You can’t imagine the joy it brings me to see how excited my patients are to be able to squat down and pick up a pen without any increased pain or to pitch a complete 9-inning game without shoulder pain.

“The thrill is extremely gratifying . . . even much more gratifying than receiving a paycheck every two weeks,” he exclaims.

He recalls one especially successful recovery among many. A post-operative ACL reconstruction patient came to him in a wheelchair and attached to a supplemental oxygen tank. The man expressed great reluctance to engage in therapy.

“He didn’t want to move his knee or do any more damage to it compared to what it was like before his surgery,” says Alamia. “But after working with him for 10 weeks, we actually had to slow him down because he was no longer using the oxygen tank and was fast-pace walking on the treadmill. He even had a personal trainer at his gym.”

“One of my goals has always been to help my community’s well-being,” he says. “I find it very rewarding to see smiles of relief on the kids’ faces that I help.”

His dedication to the Boys & Girls Club involves improving the Club’s After School programs – whether it’s buying new equipment or encouraging the kids to participate in those programs.

“We want to further their education, keep them off the streets, and improve their quality of life because they are the Valley’s future leaders,” he stresses.

Meanwhile, he’s also a big brother in the Big Brothers, Big Sisters organization. He strives to inspire and mentor kids who come from low-income or broken families so they can develop a good vision of continuing education.

“I care about these kids and want them to continue learning, growing, and not only academically, but also personally by exhibiting more confidence and self-esteem.

“Just because they haven’t had the best things in life doesn’t mean that’s the way it’s going to continue. I use my example of being a diabetic because I was forced to adjust my way of living. I didn’t let that stop me,” he exclaims.

The organization that he finds himself most drawn to is the Juvenile Diabetes Association. He gets to see children who, like himself, are affected by this disease.

“These kids have so much potential to overcome this disease, it really helps me to continue to motivate them, to help them live normal lives, and to encourage their parents as well,” he says.

“I’ve learned more about myself interacting with these kids and that one should never give up.” 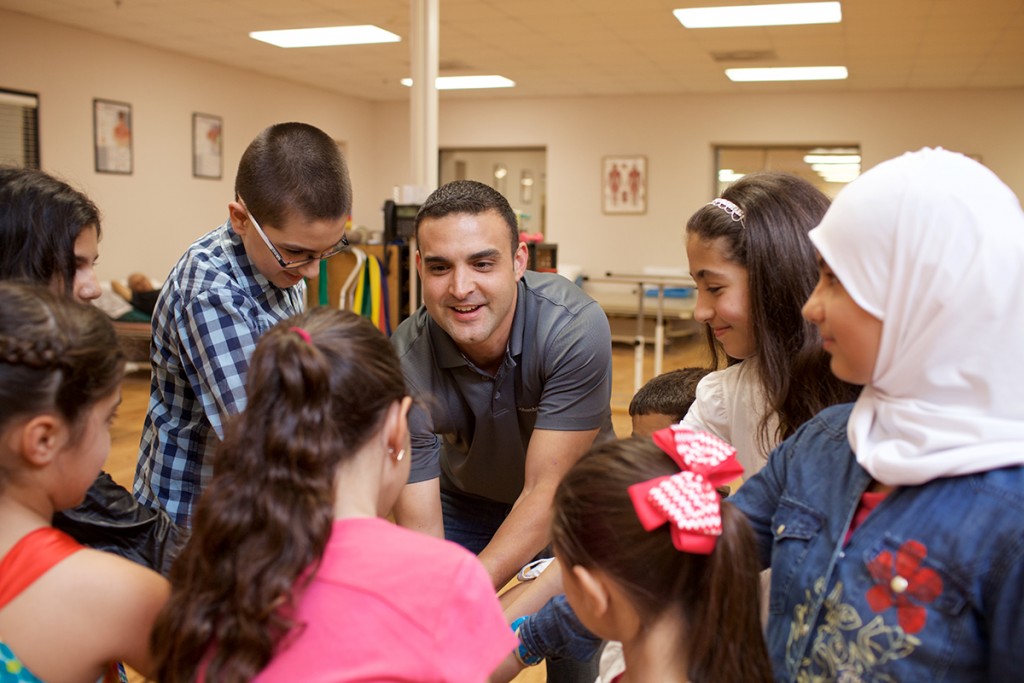 Alamia believes we all can make a difference in our community’s well-being – ensuring that the underprivileged and the less fortunate are loved, supported, and valued.

“We can all make a difference in changing and improving the lives of others – while improving ourselves and serving as a role model for others. By helping others, we end up bettering ourselves in ways we’ve never imagined,” he says.

For all he’s done, Alamia sees himself doing even more.

“I don’t want to stop here. I’d like to eventually run for the local school board so I can continue promoting our kids’ education and well-being.