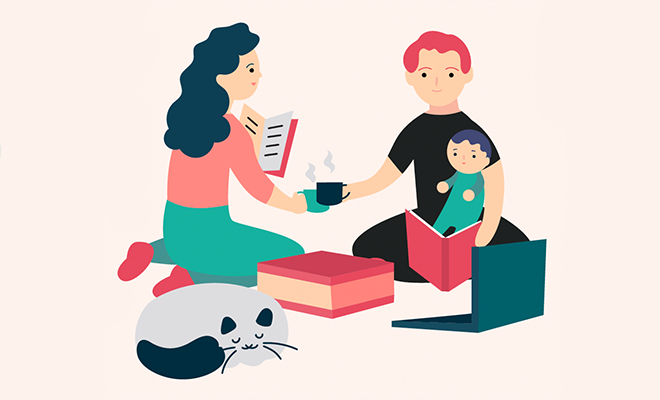 Encouragement can come unexpectedly. For these IDEA-U students, it came in the form of a push to go back to college — but as a family.

IDEA-U partnered with Southern New Hampshire University over a year ago to offer associate and bachelor’s degrees. These are acquired solely online and at the student’s own pace. But students are also required to be advised in person weekly to make sure they are on track.

Through the partnership, the degree plans are offered on a flat rate tuition of $1,835 per four-month term, and students can take as many credits as they can handle.

Having to put aside college to focus on whatever challenge or opportunity life throws one’s way is not a rare decision anymore. Whether to pursue a job or career, raise a family, or even due to lack of guidance, there are many reasons why a traditional college setting might not fit for a student.

In the case of these families, once one member decided to go back to school through IDEA-U, the encouragement quickly spread to pull others into the program.

“I was hesitant at first, but after seeing her go through the associate (degree), she really convinced me,” said Rick Casas, whose spouse, Lory Garza, began attending the college program months before he did.

The couple focused on raising their family and working. Through the years, the thought of going back to a traditional college setting just wasn’t compatible with their full-time work schedule and busy home life.

While Garza was supposed to be the only one to go back to college at the time, once she was in the program, they realized that it would also work for Casas’ sometimes unpredictable schedule.

“When you do it on your own, sometimes you feel like nobody understands you,” Garza said. “Being in this together not only motivates us to keep doing it, but it’s also that push we need when having a hard time.”

“The biggest (benefit) for me is that you don’t feel as much pressure as if you were to go to a regular college and university,” Casas said. “This is really at your own pace. You turn in assignments whenever you can finish them. That’s what really lets me relax a little.”

The program also attracted Elsa and Pete Lozano, who run their own business together specializing in Chinese medicine and therapy.

After 21 years of practicing, Pete Lozano was looking for a change of career and landed a job at a school district. But as the district prepared to hire him, he couldn’t fulfill the request of submitting his college transcripts.

There was thought of going back to college, but the Lozanos weren’t sure if it would work with their jobs and raising their family.

At his first orientation with IDEA-U, Pete Lozano realized that other couples had enrolled together. He returned home saying, “I think this works better if we do it together.

“I saw the potential push that we could give each other,” he said.

“I never thought I would be back in school,” Elsa Lozano said. “I didn’t know I needed it and I didn’t know it was possible. … We run around with our three kids from wrestling, choir, baseball, math camp, cheerleading, volunteering at church, and we run booster clubs.”

Going back to school together in a flexible program like this one was the only way they could still tend to their business and family, the couple said. And now they are both seeking their associate and bachelor’s degrees in business.

For siblings Briana and Joey Juarez, the IDEA-U program fit different needs under one goal: not stopping until they get their degrees.

The two had attended traditional college and had to stop — but always with the thought of going back one day. Once they found IDEA-U, they started the program about a month apart.

Briana Juarez, 26, was the first to enroll after hearing about the program’s flexibility and low cost. She knew she wanted to earn her bachelor’s degree, but her work schedule in public government proved too demanding to do both.

Once she found IDEA-U, she realized it worked for her. She also thought of her younger brother.

Joey Juarez, 21, had been in a car accident in 2017 that left him in need for multiple surgeries. Attending traditional college and having to take time off would have been too taxing on his studies and his health.

“I knew I wanted to go (to college), but I didn’t know if I could do a traditional university,” he said. “The flexibility is what really inspired me to go in that direction … it really just works out really well for me.”

Briana Juarez is seeking a Bachelor of Arts in management with a concentration in public administration, while Joey Juarez is pursuing an associate degree in general studies with a business track.

The two don’t live together anymore, so IDEA-U is where they get to catch up and interact regularly. They meet once a week with the same counselor and also talk to each other about courses they are taking or any issue that might be arising. 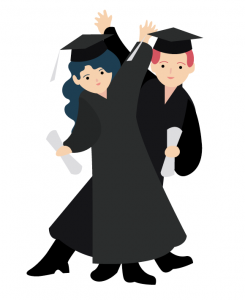 “I also get to prep him for what’s to come,” Briana Juarez said. “He knows that if he has any questions, I can also help him.”

For all of these families, a constant plus in attending IDEA-U was the flexibility to go through the program as quickly or as slowly as their lives permit. Also, the constant feedback and guidance from a counselor keeps them focused, they said.

“It just seems so much more attainable with the layout and the way the program is structured,” Briana Juarez said. “The fact that they guide you — I think that makes all the difference because having that guide makes the attainability factor more enticing.”