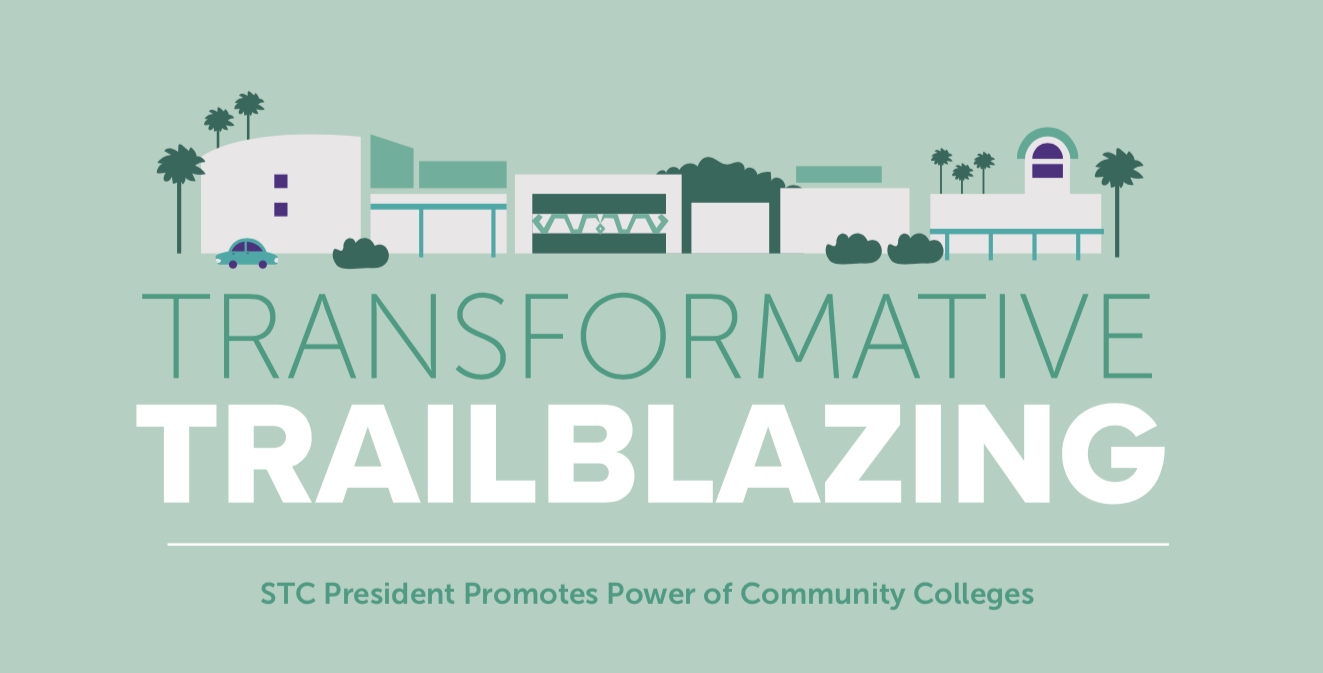 You might be hard-pressed to find a stronger supporter of community colleges than Dr. Shirley A. Reed, president of South Texas College.

“My commitment and support for the community colleges, is really very personal in that I was not on a very good path when I left high school,” she said. “It was a painful path, a bad marriage and lots of unpleasantries. It wasn’t until I literally discovered the community college and received the positive reinforcement and encouragement that I could go to college that I believed I could do well.”

That exposure shaped the trajectory of Reed’s life.“My  whole professional career really has been community colleges,” she said. “I have got over 45 years at this point.”

Hiring someone without experience helming an institution was a difficult decision for the Board of Trustees, Reed added.

“I didn’t know the region, but I had returned after my doctorate and earned a second master’s in international business, so I was very familiar with the budding development of NAFTA, the maquila industry, and the economy of South Texas,” she said. “I knew developing a community college would be transformative for the region. I applied, and after a major search, I was the last one standing.”

Though STC is unique given its location and the population it serves, it has important factors in common with comparable institutions across the nation.

“Community college really serves as a catalyst for economic development, which leads to regional prosperity and better quality of life for families,” Reed said. “Through the community college, students are provided affordable access to higher ed, whether they’re 16 or 65. We’re affordable, we’re conveniently located, we have very high quality programs, and we have passionate faculty and staff committed to the success of each student.”

Many institutions across the country look to STC as an example in many arenas, including its dual enrollment program, she added. Education leaders frequently travel here to pepper STC officials with questions about program implementation and student success.

Reed also pointed to the success of students who enroll in the college’s applied degrees in technology.

“This is just an example of if you provide the path and the opportunity, and make it affordable, you’re going to have a larger number of graduates and a better-educated community,” she said.

STC continues to grow with the completion of new facilities on its five campus as the result of bond construction worth $159 million. The final project was slated to be finished in August — the Regional Center for Public Safety Excellence located in Pharr, which will strengthen training for law enforcement professionals and students. 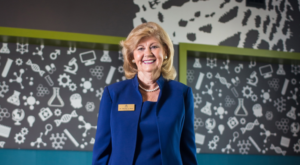 “We are making a real effort to take a fresh look at all the degrees we offer,” Reed said. “We have 122 different degrees and certificates. So you want to go to college and you come in and you have to choose one of those 122 — is that reasonable? We’re now trying to rein in those wide variety of degrees and get them focused a little more.”

The drive to continue to grow and enhance STC’s offerings for the RGV community is an important mission for Reed.

“That passion, it’s deep inside. It’s a core value. I can feel the emotion talking about it,” she said. “I frequently say that the community college put me on a better path, it saved my life, and I just think others should have that same opportunity.”

The region has taken note of Reed’s contribution to the Rio Grande Valley. This year, the City of McAllen honored Reed as a female community trailblazer.

“I’ve really reflected on what has transpired with STC over the years and my role as president because it truly has been one of being a trailblazer, building the institution, working with the leadership and community, leading faculty, administrators and the Board,” Reed said. “It was all new territory because nothing like this was here before.”

Even with everything she and STC have achieved, Reed prefers to look to the future instead of the past.

“I try not to reflect back on ‘look at how far we’ve come,’” she said. “Instead, I stay very focused on how much further we need to go. There’s so much more to be done. There’s a real urgency on getting it done for the sake of the economy of the Valley and all those families still living in poverty.”

Reed highlighted economic growth in the region and the corresponding jobs that have been created. However, she pointed out that many of the jobs were in the service industry — necessary, but low-paying.

“The  economy of a community is directly related to the educational level of the residents of that community,” Reed said. “That’s what the Valley is struggling with currently. We have to have a competitive workforce in this community. We must have that workforce prepared.”

Some of the most lucrative careers in the Valley originate in positions that require further education, Reed said, citing Rio Grande LNG, the port expansion in Brownsville, SpaceX’s Boca Chica launch site, and the dramatic expansion of health care in the region.

Reed has some advice for individuals on the fence about earning a degree.