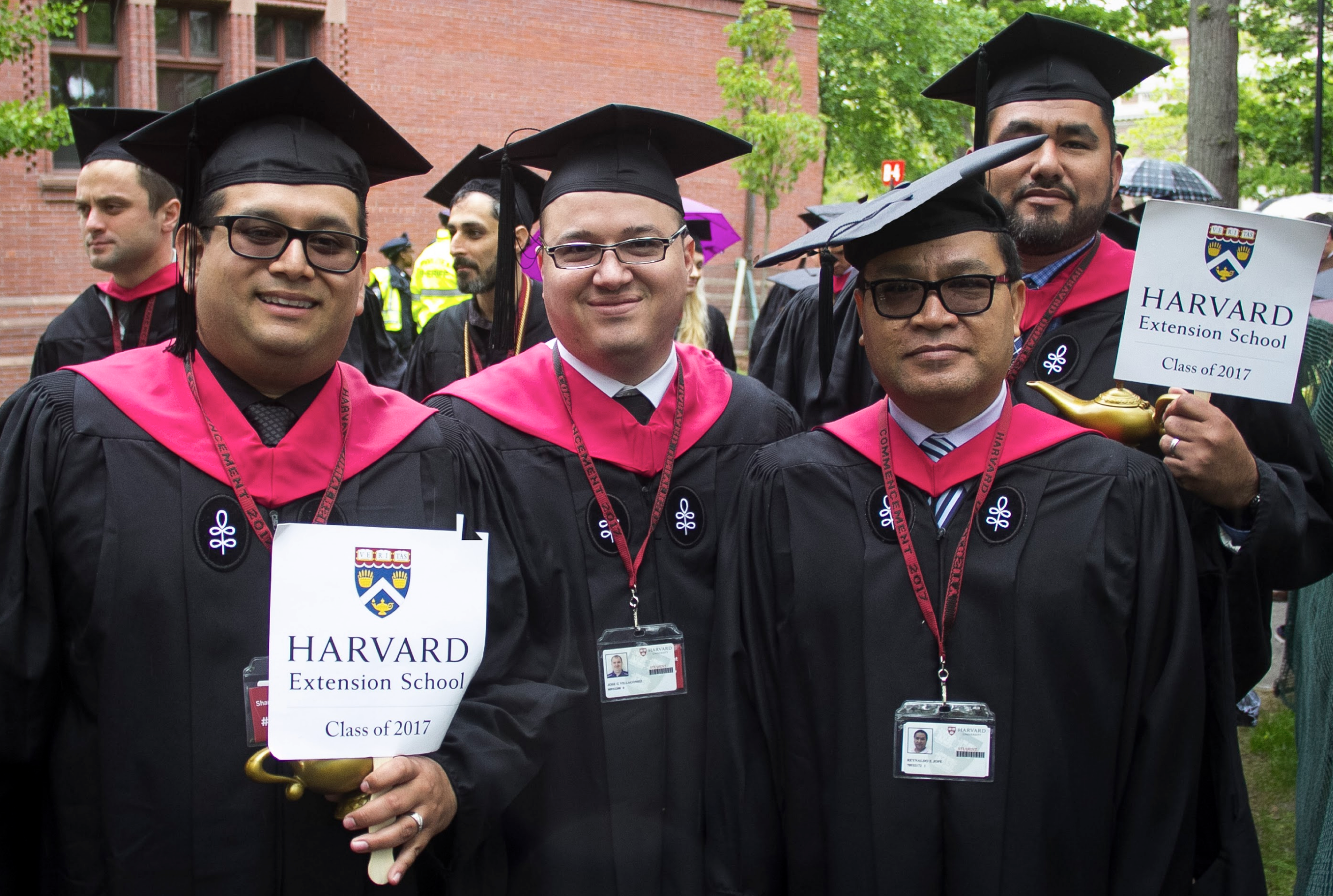 Passions, perspectives, inquiry, and discovery are tools that a group of Rio Grande Valley math teachers now have in their repertoire after earning a master’s degree from Harvard University. On May 25, over 800 students graduated from Harvard Extension School. Family and friends stood in awe of their beloved graduates, who hail from across the globe and whose hard work and perseverance led them to this incredible accomplishment.

“Being part of the Harvard program has not only improved my teaching in the classroom but my perspective of mathematics overall,” said Jose Constantino, a high school mathematics teacher from Mercedes ISD who was enrolled in the math for teaching graduate program through the Texas Graduate Center.

The program is a unique opportunity for local math teachers in the Rio Grande Valley that enables them to pursue a master’s degree from Harvard University while continuing to teach in their classrooms. This one-of-a-kind program is available to teachers from school districts who participate in the program.

The three-year master’s program helps teachers build a deeper knowledge of the mathematics they currently teach in middle and high school classrooms. Throughout the fall and spring semesters, they learn from world-class Harvard professors via live-streamed online classes held at the Texas Graduate Center in Mercedes, Texas. Each year the teachers-turned-students travel to Cambridge, Massachusetts, during the summer to attend classes at the historic Harvard campus as a residency requirement for earning their master’s degree. Upon completion of the program, they participate in the graduation ceremony held at Harvard Yard, along with all of the university’s students who have also earned their degrees.

For Jose Constantino, graduation day had arrived. On a crisp New England morning, the graduates convened for breakfast before processing to Harvard Yard, despite rain clouds looming overhead. Honorary degrees were conferred on a number of accomplished scholars, artists, and professionals including Dame Judi Dench, James Earl Jones, and John Williams. After the morning exercises, graduates filed off into special ceremonies across campus to receive diplomas from their respective programs. Facebook founder and famed Harvard dropout Mark Zuckerberg delivered the keynote address, encouraging graduates to seek out ways to make it possible for everyone in the world to pursue their purpose. 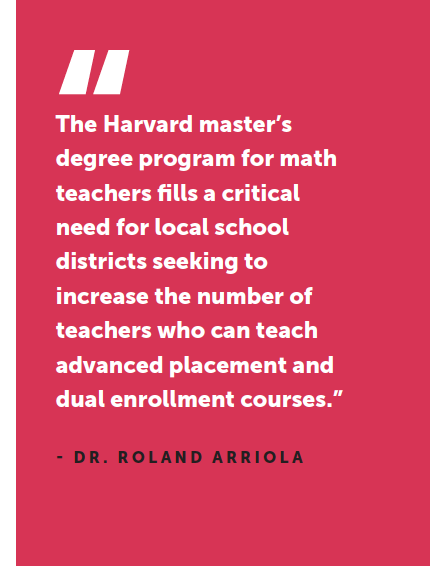 “And as technology keeps changing, we need a society that focuses more on continuous education throughout our lives,” said Zuckerberg to the crowd of Harvard graduates and their families.

The teachers graduating are part of the math collaborative with a math for teaching master’s degree offered through Harvard’s Graduate Extension School and the Texas Graduate Center, a component of the Texas Valley Communities Foundation, a Mercedes-based nonprofit organization.

The very first cohort of teachers began in 2013, and the Texas Graduate Center has since added four additional cohorts. Cohort 1 graduated in May 2016. Other Valley teachers who graduated from Harvard are Queen Claire-Martin and Crystal Chagoya from the La Joya school district, Homer Colunga and Jose Villagomez from Weslaco ISD, Rey Jope from McAllen ISD and Diana Gill from South Texas ISD.

As the teachers become students themselves, they delve into the fundamentals of mathematics, examining different teaching styles and revisiting familiar math topics from a sophisticated point of view.

In the summers, they all attended classes at Harvard together as a requirement for graduation. For seven weeks, the group attends the same classes as full-time Harvard graduate and undergraduate students. They are housed in Harvard’s historic dormitories like Adam’s House, the dorm that 32nd U.S. President Franklin Delano Roosevelt stayed in during his time as a student.

“The teachers are very excited to give back and share what they have learned at Harvard with the students,” said Dr. Mary Alice Reyes, chief executive officer of the Texas Graduate Center. “Since the initiation of the Texas Graduate Center program in 2012, five cohorts totaling 29 teachers have been selected to earn a master’s degree in mathematics for teaching from Harvard University.”

The 366th Harvard commencement ceremony attracted thousands of people from around the world, who also shared the graduation experience. Completing bachelor’s and master’s degrees, this year’s Harvard Extension School graduating class came from 44 states and 59 countries.

“The pageantry, the tradition, and the emotion of that accomplishment was absolutely incredible,” Reyes said. “I’m so proud of the teachers. They have sacrificed so much during the past three years.”