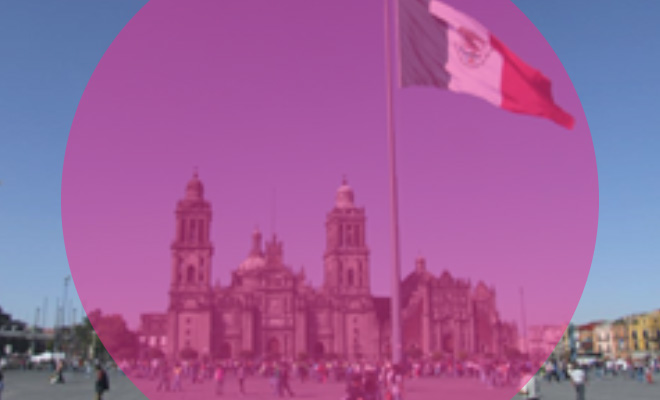 I tend to get very animated about new discoveries.

That blissful slice alone is worth a return trip to Mexico City, but there are so many other things that will call me back to this place. When arrived in the city, I felt something I hadn’t felt since my first visits to London, Paris, Spain .Complete curiosity and invigoration. I couldn’t wait to tell my friends they needed to visit, too. Even though the national capital is abuzz with bold new ideas and creative energy, a reverence for its 700-year history can be seen in its traditions, architecture, and art. I felt completely safe the entire time I was there

But in a city so large, making decisions about what to prioritize can be overwhelming. That’s why it can be helpful to home in on a few can’t-miss neighborhoods and what you can see and do there.

Here’s my recipe for the perfect long weekend in Mexico City: 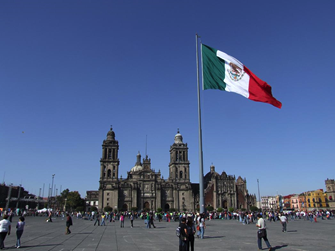 Arguably the heart of Mexico City, this vast square — officially named the Plaza de la Constitucion — is bordered by the Palacio Nacional and grand colonnaded buildings. This is where you come to gain a snapshot of the city: cars speed around the outskirts while street vendors crush up against the Metropolitan Cathedral, selling everything from tacos to kitsch collectables stamped with the face of Frida Kahlo. The Zocalo is often filled with the cluttered assembly of various parades and religious events; at Christmas it’s fitted out in neon 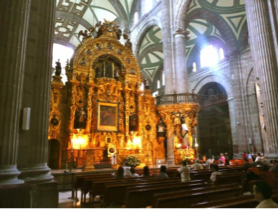 When it comes to that old sinking feeling, nothing beats the Metropolitan Cathedral of the Assumption of Mary of Mexico City. Sure, the church is impressive in all the usual ways but what makes it particularly notable is the dropping water table; as the city’s residents literally drink away the ground from beneath their feet, the whole structure is condemned to a slow collapse. The south wing is nearly a meter lower than the rest of the building

More murals are on display in the neoclassical and art nouveau masterpiece of the Palace of Fine Arts, a center of opera, dance and theatre. The interior is art deco (why have one style when you can have them all?) and often hosts small exhibitions. The best view over the building’s facade is found by visiting the quiet coffee shop on the top floor of the nearby Sears department store. 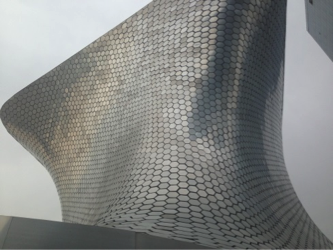 What do you do if you’re the world’s richest man? Well, if you’re Carlos Slim, you roil controversy by possessing $US74 billion ($68.75 billion) in a country where per-capita income rarely surpasses $US14,500 a year. Then you open an art museum in a strange, wave-like structure of silver hexagons. The jury is still out on the quality of the museum’s curatorship (the Los Angeles Times called it Slim’s “vanity museum” last year) but in terms of spectacle and excess it’s hard to beat.

If people talk about Chapultepec Park, they actually mean the forest. Coming in at 686 hectares, this green haven is much the same as New York’s Central Park: without it, the city would be all but uninhabitable. It’s easy to pass hours just strolling the paths with chilli-coated papaya from the ubiquitous food stalls but Chapultepec actually holds a wealth of museums and even the city zoo. Its crown is the lofty Chapultepec Castle, in the center of the park on top of “grasshopper hill”. The castle once housed Emperor Maximilian I — before the Mexicans decided that monarchy wasn’t for them, executing him and declaring a republic. 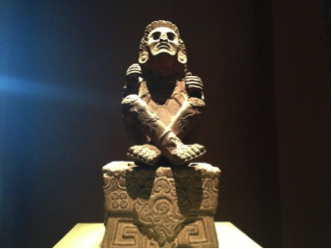 If you see one thing in Mexico City, you should see the world-class National Museum of Anthropology. Galleries are clustered around a large courtyard with a single imposing pillar called “el paraguas”. Pre-Hispanic culture is exhaustively detailed in all its iterations, from the Toltecs to the Mayans to the Mexica (now called Aztecs). Stone statues, some for grisly sacrificial rituals, sit alongside masks, dioramas, scrolls and textile samples. An obligatory stop is the Piedra del Sol (Stone of the Sun), made famous through tacky tourist souvenirs; and the haunting headless statue of Coatlicue, which puts Hollywood monsters to shame. 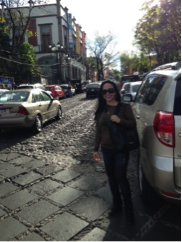 A short cut to the spirit of a place is through its markets. Go where the locals go and get a sense of what it feels like to live and eat like a Mexican urbanite. Hit the Sonora market for ceramics, and Ciudadela on Balderas Avenue for Mexican arts and crafts. Other markets at San Juan, Jamaica and La Merced are also worth a visit. Unless you are a sicario (trained assassin) able to defend yourself, stay away from the labyrinthine market at Tepito.

Who’s afraid of a little street food? Here’s a hint: if the locals are eating it, chances are it’s free from the bacterial taint of “Montezuma’s revenge” (a much-loathed relative of “Delhi belly”). Part of the glorious nature of much Mexican food is its convenience — a taco, or torta (hot sandwich), is a fast and delicious meal for the time-strapped traveller. If you’re still unsure about minced chorizo, stick to quesadillas, filled with stringy white Oaxacan cheese. 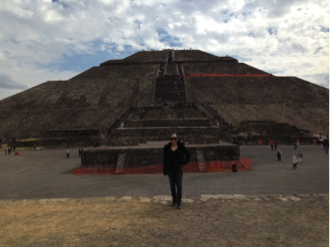 Just to the north-east of Mexico City, the dead city of Teotihuacan (“the place where the gods were created”) rises from the plains in a complex of pre-Columbian pyramids. The original inhabitants remain shrouded in mystery, though the city had a strong influence on the latter-day Aztecs. The most visited archaeological site in Mexico, it’s often teeming with visitors keen to see what the UNESCO fuss is about. Never mind, the view from the top of the Pyramid of the Moon is worth any crowd. To get there go to the bus Station it will cost you  $ 10 dollars round trip, it takes 40 min to get there and buses stop by to pick you up every 30 min.

Take ancient canals and add modern chaos: Technicolor gondolas (called “trajineras”), loud Mexican families, floating mariachi bands and women selling corn from canoes. One of the most enjoyable outings in Mexico City is embraced by locals and visitors alike, who split their time between being terrified they’re about to crash, and being completely inebriated and encouraging crashes in the style of dodgem cars.

Mexico city is beautiful if you have questions I have answers email me at travelwithsusy@mail.com