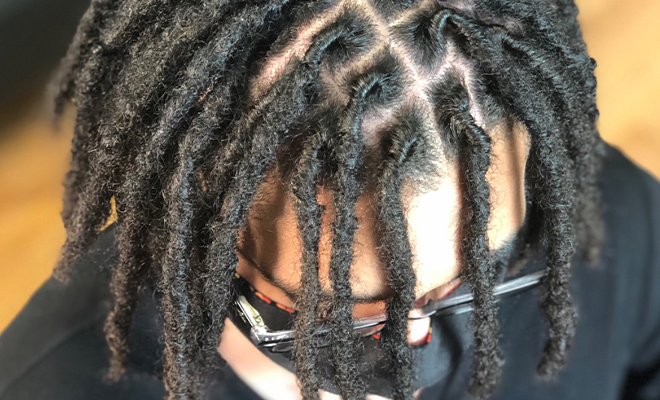 As the population grows in the Valley, hair salons and barbers are increasing in diversity as well. For Black people and others who love those hairstyles, the options are here. You can get a taper fade, box braids, or even dreadlocks by Black people experienced in the sacred arts of hairstyles.

Three prominent stylists who have been in the game for a few years are gaining traction in this area as Black and protective hairstyles are becoming more popular for Black and other folks alike. This trio doesn’t shy away from working with straight and wavy hair but can work with even the tightest curls.

Meesh Duru is the owner of Dread House. She explained the uniqueness and mystique around Black hair.

“Afro-textured hair is the only hair on the planet that grows towards the sun,” Duru said. “Just like when a plant comes out of the ground, it sticks up and grows towards the sun. When our hair naturally comes out our head, it sticks up the same way. Black hairstyles matter because it is how we have expressed ourselves since the beginning of man. These styles: braids, twists, locs, etcetera have infinite possibilities and have been passed down through generations.”

Debates have persisted if this hair is acceptable in professional settings. Oftentimes, those who criticize or ridicule this hair either don’t understand or approach from an ignorant or even racist perspective.

Antonio Burgess Sr. cuts as a barber at Fresh Barbershop in Edinburg and he also acknowledged the role that Black people and their hair play in popular culture.

“Black people are definitely the frontrunners of trendsetters,” Burgess said. “A little bit of history — that was our identity. We went from the kinky hair to braids to dreads. We can do absolutely everything with our hair — there’s absolutely no limit to it.”

Duru knows rocking dreads or braids is a much more positive approach if you understand its intentions and the feelings around those who wear the styles.

“Our hairstyles encourage confidence, symbolize strength and freedom, spark conversations, form bonds, inspire change, and it has also grown to influence a magnitude of cultures,” Duru said. “We deserve to style our hair in any way we see fit. This world is already a show, so we should play it our way.”

Burgess has been cutting hair as a profession for years, starting the practice when he was just 14 years old. Originally from Memphis, Tennessee, he’s made a career out of fresh fades and clean line-ups here in the Valley.

He also explained how barbers and stylists are important community figures because everyone has hair. So many people head to these establishments when they want to look and feel their best. 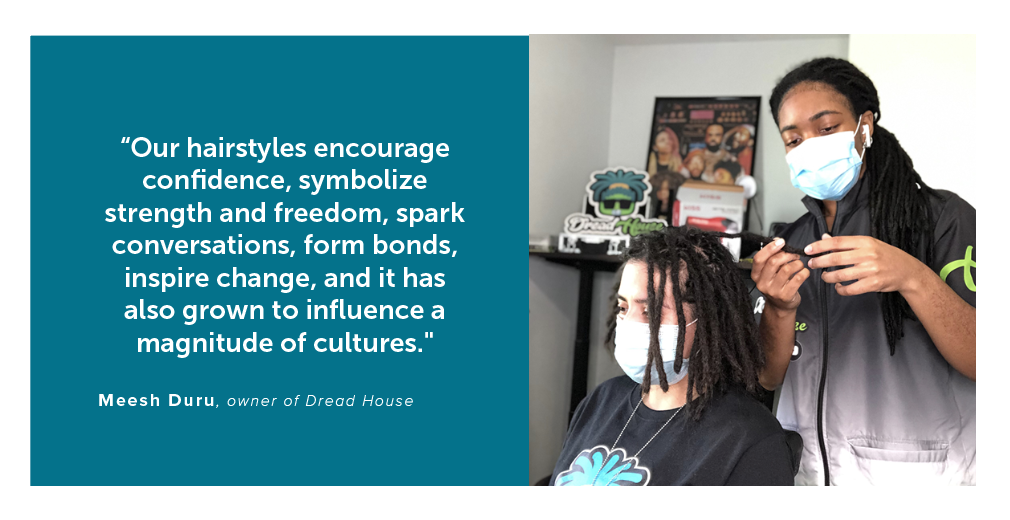 “As far as clientele and culture, it’s different. But as far as hair, it’s no different,” he said. “Hair is hair. Whether it’s curly or coarse, whether it’s straight, hair is hair. You’d be surprised here in the RGV. I’ve cut it all. Cutting down here has been fascinating. I’ve had both sides of the spectrum. I’ve had people look at me funny with extreme ignorance and I’ve had people embrace me and seek out my services.”

Growing up in the RGV, Duru said getting her hair done often included long trips around the state to cities with large Black populations who are more experienced with handling these hairstyles.

She’s happy to eliminate the need for people to leave to get their locs retwisted or put in for the first time.

“Instead, they save money because I am conveniently serving the Rio Grande Valley to consistently maintain or begin their loc journeys for any texture of hair,” Duru said. “I also thought it would be fun to normalize seeing any hair texture in a locked form, because anyone can have dreads.”

Nigerian-American Tamara Onuorah runs Slayed by T and she specializes in braids for all textures of hair. She is a big hit on Instagram, with clients constantly sharing their new hairdo that she “slayed.”

Black-owned businesses are flourishing in the Rio Grande Valley, and when diverse cultures and commerce prosper, the whole region benefits.

Have you had your hair done by these hairstylists before? #JoinTheConversation at facebook.com/rgvisionmagazine.