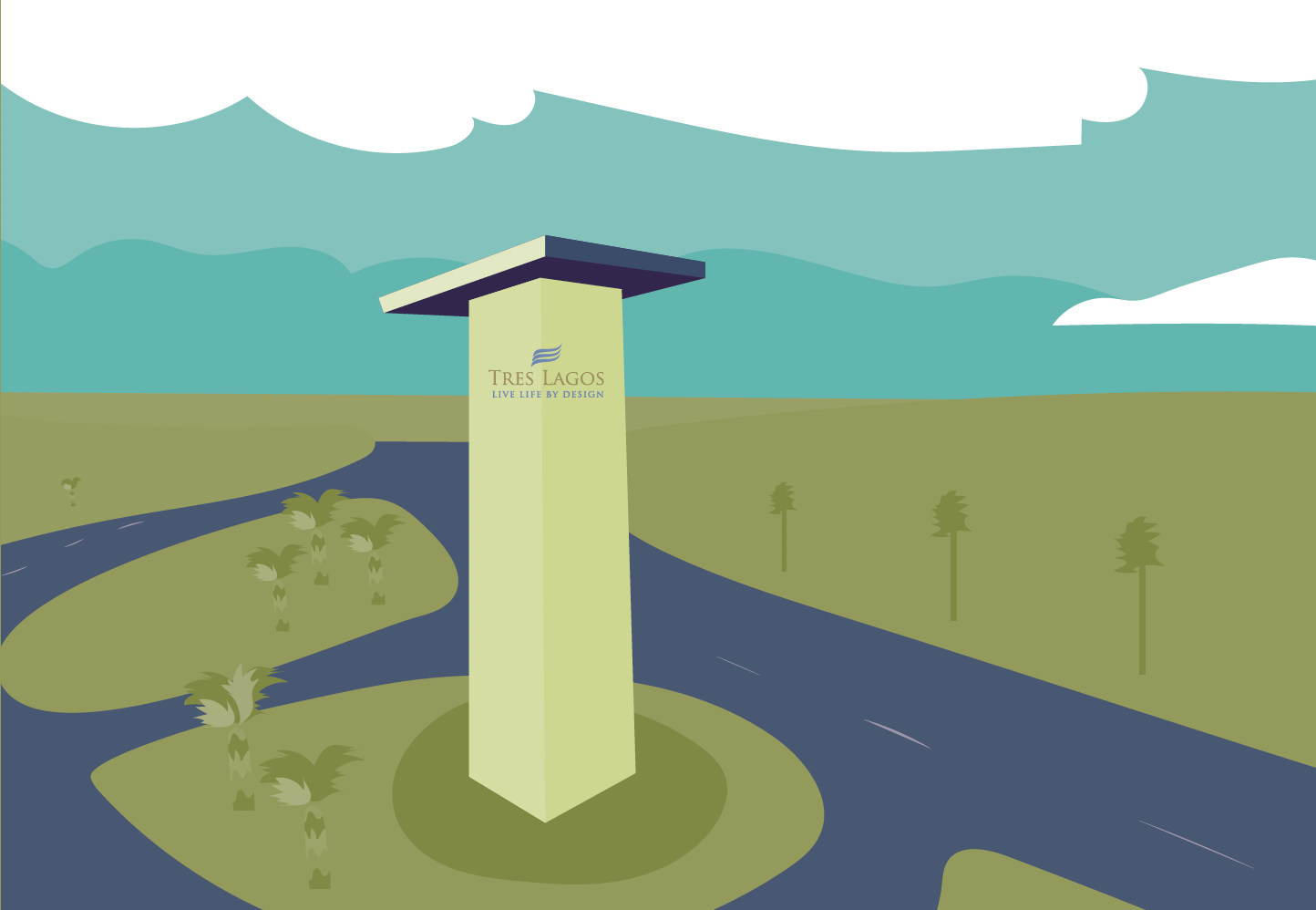 After 10 years of thinking and planning, the community that took shape in the mind and heart of developer Mike Rhodes has now taken root in reality. Tres Lagos, located in north McAllen, is a 2,700-acre master planned community with a 25-year project timeline. Phase one is complete with model homes open for viewing.

Approximately $35 million has been invested in the first phase of construction, which has largely been devoted to the community center and the parks and lakes. There is an amphitheater for concerts, as well as 45 acres of parks with tennis courts, basketball courts, sand volleyball areas, outdoor workout equipment, and many covered picnic stations with barbecue pits.

Rhodes Enterprises is bringing to life their vision of the perfect community.

“I brought together everything I’ve done and learned and seen all over the country and done it all here, so it is pretty exciting,” Rhodes said. Everything a community needs will eventually be found in this planned development. Small shops and restaurants are expected to go up in the next three years on the 11-acre retail island.

In addition to fire, police, and hospital services, full-range educational opportunities will also be situated within Tres Lagos. Idea Public Schools has already opened a campus in the community and Texas A&M has started building a campus on their 100 acres, as well.

“A person will be able to be born here, get the best K-12 education with Idea Public Schools, go from there to Texas A&M all the way through a doctorate program,” Rhodes said. There is also a 90-acre Tech Park adjacent to A&M where they hope to attract high-tech jobs. With such a comprehensive community, “a person could basically live their whole life here without ever having to leave,” Rhodes said.

Now that the development is starting to really take shape, Rhodes noted that his colleagues are starting see the vision that, before, only existed in his head.

“Right now, you don’t really notice the thousand trees we planted because they’re not big yet, but in my mind, I see 30 to 40 years from now when all the trees are big and all the hike-and-bike trails go under the trees,” he said.

The hike and bike trails are the backbone the rest of the community is built upon. Rick Harrison, a premier community planner, designed the layout to be pedestrian oriented. The many walkways allow you to see all the way through the community and provides shortcuts to other areas, like the shops and the parks. The curving streets allow you to keep going without the stops and turns of most subdivisions.

Another unique feature of the layout is the way the houses are placed on the lots. Instead of lining them all up at the same distance from the road, the houses are positioned so that residents will have a more open view of the neighborhood, instead of looking into one another’s windows. In conjunction with the winding streets, there is a more open feel to it.

“All of our designs will achieve the same density as the grid, but with a fraction of the pavement,” Harrison said. He estimates he has eliminated over 5 miles of road that would have normally have been needed with a standard design.

The first phase of the development contains three neighborhoods; Estancia, Ensenada, and Escondido. Every house in the planned community will have gigabit speed fiber optic, digital video, and security cameras. All the homes will be built with smart home technology. Tres Lagos homes and parks are also environmentally friendly. They are set up to conserve water by reusing water for irrigation purposes. Each house has two water meters: one for lawns, and one for the household and drinking water.

Tres Lagos will eventually have 5,000 single-family homes and about 3,000 multi-family units.  As a planned community, everything is laid out and ready as the community grows. As more and more homes are built, the retail aspect will also begin to grow. It is expected that there will be over a million-and-a-half square feet of retail in Tres Lagos.

It is estimated that this community will bring in about 6,000 permanent jobs. The 90-acre Tech Park will be the source of most of the permanent jobs. However, teachers, hospital workers, firemen, police, and retail workers will also add to that number.

Rhodes Enterprises is the largest mixed-use land developer in the Rio Grande Valley. The organization has donated land for schools and nature centers around the area as part of its commitment to community. Creating unique communities to serve the needs of Valley residents has always been a driving force for Rhodes.

“I love building communities,” he said. “It’s all I think about.”