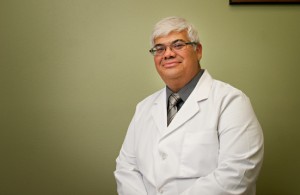 Studies have shown people that who get prayed over tend to heal faster and quicker than a person who is not prayed over. The human mind has a great deal to do with the betterment of your own body. Studies have been done also where a prayer group has been made over a patient who does not know. These people also get better quicker.

These elements comprise the medical practice of Dr. Fred L. Perez who says his experience with a higher power drive his commitment to patients, and especially his commitment to children, which he has fostered since a young age.

“I’m sure a high majority of doctors, whether they are Christian, Jewish or of a Islamic faith all believe in a higher being. That is the power that keeps us healthy and heals us. We’re just his servants.”

Dr. Perez was born in Agua Dulce, a small town outside of Corpus Christi between Robstown and Alice with a population of 800. He attended Texas A&M and received his Bachelors of Science in 1972, then started medical school that same year at the University of Monterrey in Mexico. He then completed a fellowship, and mentored under renowned orthopedic surgeon, Dr. Hugh Brown in Chattanooga, Tenn. before arriving in the Rio Grande Valley in the early 1980s.

As the Valley’s first pediatric orthopedic surgeon working out of Driscoll Children’s Hospital, Dr. Perez recalls how critical it was for children in need of treatment.

“I came here to treat children’s orthopedic problems, but the trouble is that some of these parents are so poor that it is very difficult for them to go out of town,” Dr. Perez said. “At that time I realized that some of these were illegals who had children here, but whose parents couldn’t cross the river.”

“I love children,” he said. “I have wanted to be a doctor since I was in fourth grade.

When my grandmother had come down with cancer, she told me ‘when you grow up, mijo, you are going to be a doctor so you can take care of all children.’ That was something that stuck with me.”

Dr. Perez went through his own emergency not more than two years ago when contracted cancer in his tonsils. The ordeal, he said, was his introduction into the true power of prayer in the midst of healing. He recalls visiting a pastor friend on Sunday, the day before his first treatment, to pray for speedy recovery. What happened next was something he didn’t expect, he said.

“Monday I went for my first treatment. Right after the treatment I felt the tumor and it was smaller. I said ‘physician, I know that’s impossible. Medicine doesn’t work that fast’,” he said. “The next day, my doctor walks in and I ask him to examine me and he said ‘Fred, the tumor is smaller.’ I said ‘yes, I started treatment yesterday.’ He said ‘the medicine doesn’t work that fast.’

Now in remission, Dr. Perez reflects back on the promises he made to Christ during those difficult times.

“I made a promise to him. One of those is try to help more people. Two days out of the month I’m going to clinic where I see people free of charge. There, I treat diabetes, hypertension, and other things affecting the Hispanic population here in the Valley,” he said.

“All doctors are trained to help the injured, but to me there is only one person who is perfect. When you believe in Christ, which I do, I believe He is the only one who can do perfect. I’m not perfect. I don’t state that I can do perfection on my job but I will do the best I can given the injuries I get.”