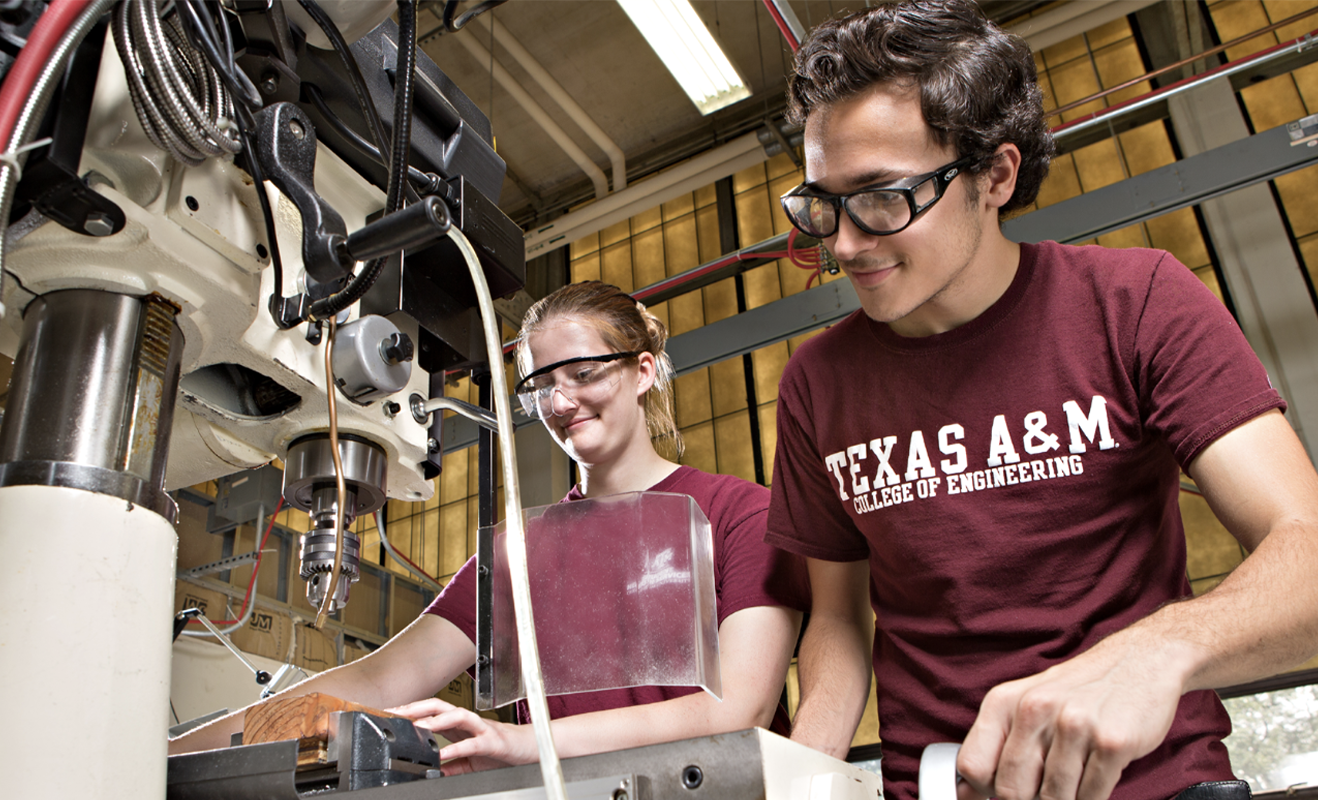 Raul Benitez, a sophomore studying civil engineering in College Station, dreams of one day opening his own engineering firm.

“It goes way back into my life. I originally started wanting to be an architect as a kid — I just really like the whole thing of designing things, drawing,” he said. “But then, as I grew older, I found about how civil engineering is a more raw area, a more expanded version of architecture — that’s what drew me into civil engineering.”

Jessica Chapa, a sophomore studying biomedical engineering in Brownsville, hopes to design things that change the lives of those less fortunate.

“When I researched all the different types of engineering, biomedical was the only one that caught my attention — like, really caught it — because it involved what I liked academically but it also involved helping people in ways that I was really interested in, such as prosthetics or medical devices,” she said.

This academy is a co-enrollment transition program between TSC and Texas A&M. Both high schoolers and current TSC students can apply for the experience, which includes one or two years taking the basics in Brownsville before moving to College Station to finish off an engineering degree.

“Students really appreciate that a program like this exists — not many students have the opportunity to go to a larger university right off the bat,” said Fernando Patlan, an instructional assistant at TSC who acts as an intermediary between that campus and Texas A&M. “A lot of students when they arrive here realize that there are certain skills that they need to own, so a lot of them brush up on their studying skills on anything it is that they may be lacking in.”

Students taking courses on the TSC campus in Brownsville have the same benefits and access to resources as students attending A&M in College Station. TSC students take the trip to College Station about six times per year to experience everything from watching football games to competing in invention competitions to attending informational sessions on which specific majors within engineering to pursue.

“The most exciting part would have to be the variety of options,” Patlan said of the academy. “Students have among 22 different majors which they can choose from. Unless you attend a large university, most universities do not give that many options to their students. Also, just the fact that you can begin locally I think is one of the great benefits. The affordability really is a big factor for students.”

Cost influenced Benitez’s decision to apply to the academy, as he was the first of his siblings to attend college — and just a year older than his sister, who also had her sights set on higher education. But it was the quality of the education he was receiving that helped him recognize the value of the program.

Benitez also mentioned how close all of the classmates in his cohort became. Since the academy’s establishment in 2017, each cohort has had about 20 students, on average, Patlan said.

Chapa also highlighted the camaraderie in the academy.

“I think my most favorite parts about the program is we have such good friendships among the classmates, so that has really helped in the college experience and also to study together,” she said. “It has been a really great experience because we all have the same classes — so we have to get along.”

She added that students should take advantage of the smaller class sizes at TSC.

“It’s easier for you to organize study groups or for you to understand the professor when it’s a small class because he can take more time to explain it better,” she said. “It’s good being here at TSC first because you have a good foundation of all of the core courses that you’re going to need once you move.

“I also thought it would be good for me to transition to college through this program because it would be a way to stay close to home, but it would still force me to move out after a certain amount of time.”

What do you wish you could change about your college experience? #JoinTheConversation at facebook.com/rgvisionmagazine.