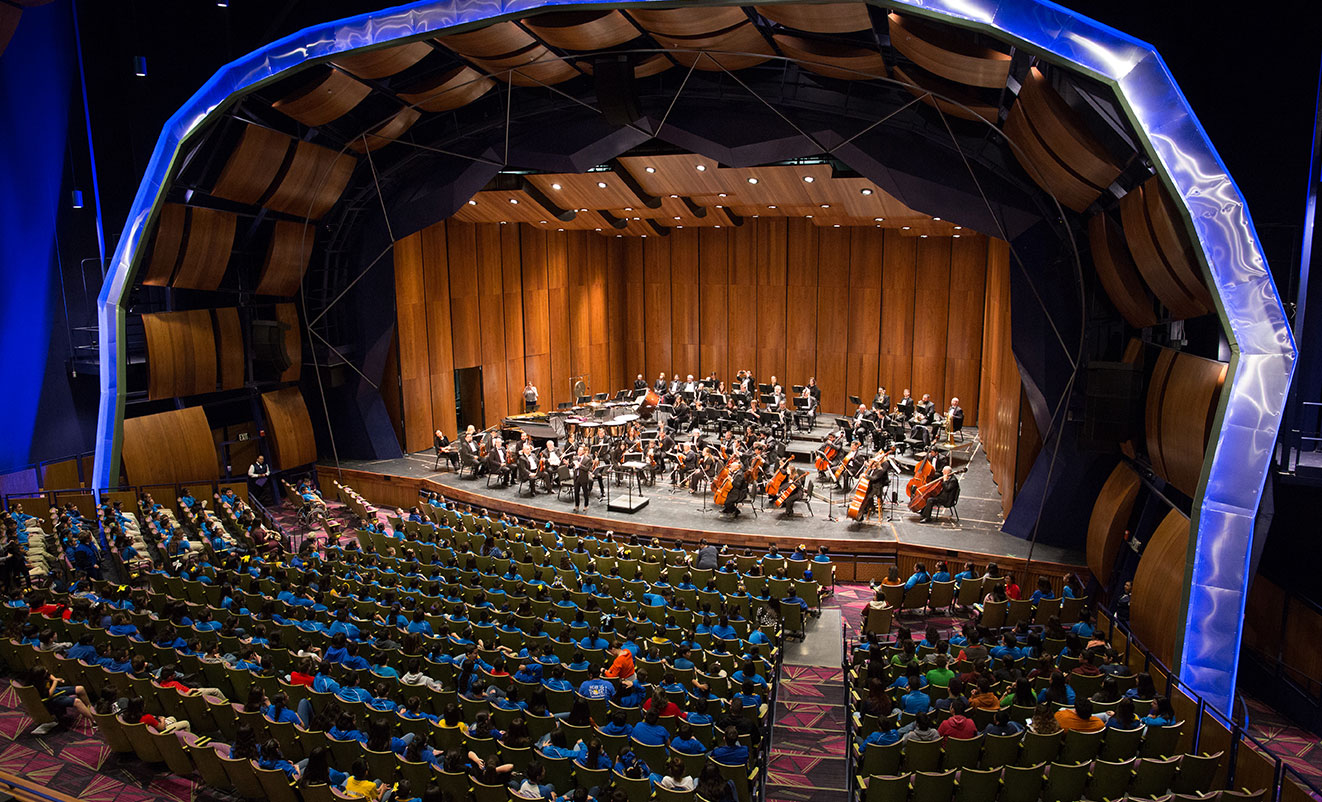 Arts and culture make considerable and necessary contributions to the well-being of communities and are powerful tools with which to engage communities in various levels of change and growth. Through the McAllen Performing Arts Center, the City of McAllen is committed to providing a broader variety of entertainment and live performances that have never been possible before in South Texas. Along with local talent, the MPAC hosts Broadway productions such as “Annie,” “Jersey Boys,” and “Mamma Mia.” The McAllen Performing Arts Center also opens up new opportunities for residents of the area to gain immersion in the performance art world through its Ambassador of the Arts program.

Civic engagement within the arts and entertainment is the mission for the McAllen Performing Arts Center Ambassador of the Arts program. Ambassadors promote the arts by ensuring that every guest has a positive experience with the live arts, regardless of the role they fill as volunteer ushers, ticket takers, or guest services personnel. All Ambassadors can answer questions about the shows and venue, adding to the community’s knowledge of the arts and solidifying the center’s role as a cultural landmark for our region.

“We want the ambassadors to be able to tell the story of the MPAC to any and every guest who wants to know about it,” said Kristina Garza, coordinator of the program. “Many of our ambassadors have backgrounds in the theater arts, whether they were performers themselves in the past, worked on shows, or have attended many operas, symphonies, or plays.” Their experiences have given them an appreciation for and knowledge of the theater, including theater etiquette, that they can share with the South Texas community. “We really appreciate them helping elevate our program to the highest caliber,” Garza said.

The intricacies of the building’s many symbolic design elements were explained to all the ambassadors at an open house orientation so that they can accurately relay the information to the patrons attending the events.  “The staff was here training us, walking us through the different levels, and explaining what all the colors mean,” said Norman Frey, who attended the orientation with his wife, Betty. “They explained everything, from inside to outside.” For example, a piece of the original stage from the McAllen Civic Auditorium was cut out and now finds its home inside the main lobby of the MPAC. This pays tribute to all those who have performed at the McAllen Civic Auditorium and brings together the historic past of the arts in our city with the new, exciting future the MPAC will bring to our community. Betty said she and her husband love getting to tell guests about the building. “People seem to appreciate it,” she said, “and it’s what we like to do.” The Freys say they volunteer a lot, but are delighted by the wide assortment of opportunities available.

Another MPAC Ambassador of the Arts, Blanca Palomo, said she approached the program out of curiosity about the new entity. “I have a full time job, but wanted to see if I could help out the community,” Palomo said. Her first show was Tito Puente Jr., which she says was a really nice event that got her hooked on volunteering at MPAC shows — she has served in four events so far. “I have made some friends and it has been an exciting time,” she said.

Building Our Community Through the Arts

Through their service, Ambassadors of the Arts with MPAC develop skills in leadership and communication. This is a unique opportunity for community collaboration and organization as the Rio Grande Valley has never had a performing arts venue as ambitious as this project before. If you are interested in becoming an Ambassador of the Arts for the McAllen Performing Arts Center, you can visit www.volunteersotx.org or reach out to mpacvolunteers@mcallen.net to learn more.