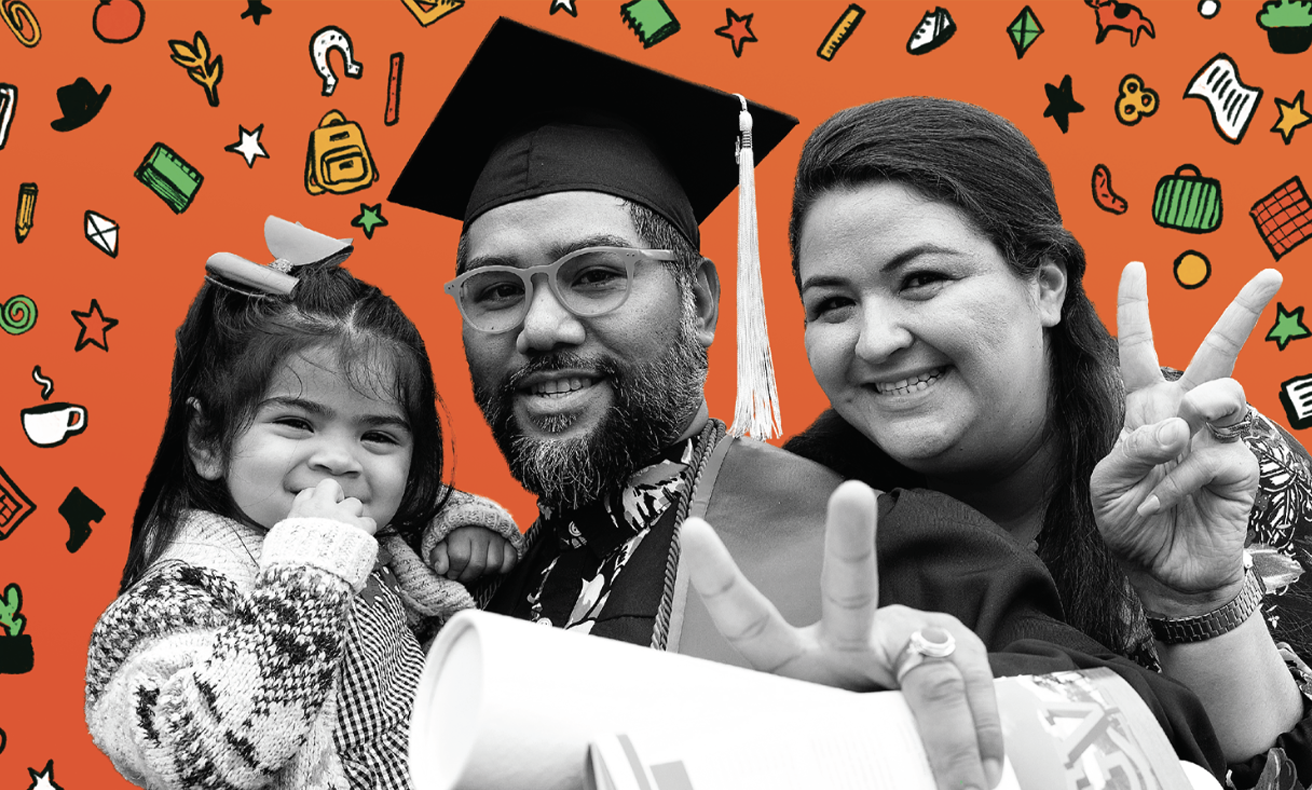 It’s not every day that a university graduates its very first four-year class, but that is exactly what the region’s own University of Texas Rio Grande Valley is celebrating this year.

The students who transitioned along with the universities completed mixed graduation plans under both their legacy institution and UTRGV. But the 2019 four-year graduates are the first to have completed a full UTRGV graduation plan.

UTB and UTPA transformed into the only regionwide university within the UT System. The move would in turn allow the institution to tap into additional funding formerly not available for the legacy universities. The bill also called for the creation of the Valley’s first medical school, which welcomed its first class in 2016.

Many changes followed the never-before-seen transition, including the selection of a founding president, Guy Bailey, and a new leadership team. Last fall, UTRGV reported the largest student cohort yet at 28,644 students.

“I’m very pleased with where we are. We’ve made very significant progress,” Bailey said. “We’ve had lots of challenges, but I think we’ve achieved everything we needed to achieve in the first four years.”

Integrating two separate institutions that are more than 60 miles apart, he said, involved reclassifying people who were doing the same jobs but were classified and paid differently. The first four years were focused on the technical organizational issues of the transition, Bailey said.

“Integrating two workforces like that is a tremendous challenge,” he said. “We tried to make sure that we had equivalent pay for the same work. … There were different teaching loads between Brownsville and (Edinburg), so we reduced the Brownsville teaching loads to provide equity there.”

Part of this equity also involved compensation. One of the goals for the transitional years was to provide merit- and equity-based pay raises, he added, and over the four years, the university allocated a total of $16 million into pay adjustments.

Another priority was also uniting the student body, not only with a new name and mascot — which also proved controversial — but in class and degree offerings, and the overall perception of the institution as one.

This called for investments in transportation to start bus routes to allow Brownsville students to travel to Edinburg and vice versa if they needed to take a class in that campus. But this investment wouldn’t be worth it without an increase and update of the course offerings at the new institution.

“We had a number of new programs approved or in the approval process,” Bailey said. “We’ve done a nice job at enhancing the number of programs in our program mix. And the mix of programs in an institution is crucial to its future.”

Some of the programs recently added or in the approval pipeline include hospitality and tourism,  pharmacy, physical therapy, master’s programs in bioethics and business analytics, and a doctorate program in human genetics, among others.

An obvious new attraction that the university brought along with it is the School of Medicine, which will celebrate its first graduating class in 2020. A big achievement for the school this year, however, is having welcomed its fourth class, which completes its first full class with a total of 210 students.

“I think overall the school is continuing to do really, really well,” said Dr. John Krouse, dean of the School of Medicine. “We’ve had positive growth in the clinical, educational, and research fronts.”

Having all four years of students is an important milestone for the school. This allows them to receive full formula funding from the university system accounting for all four classes — unlike in the initial years. 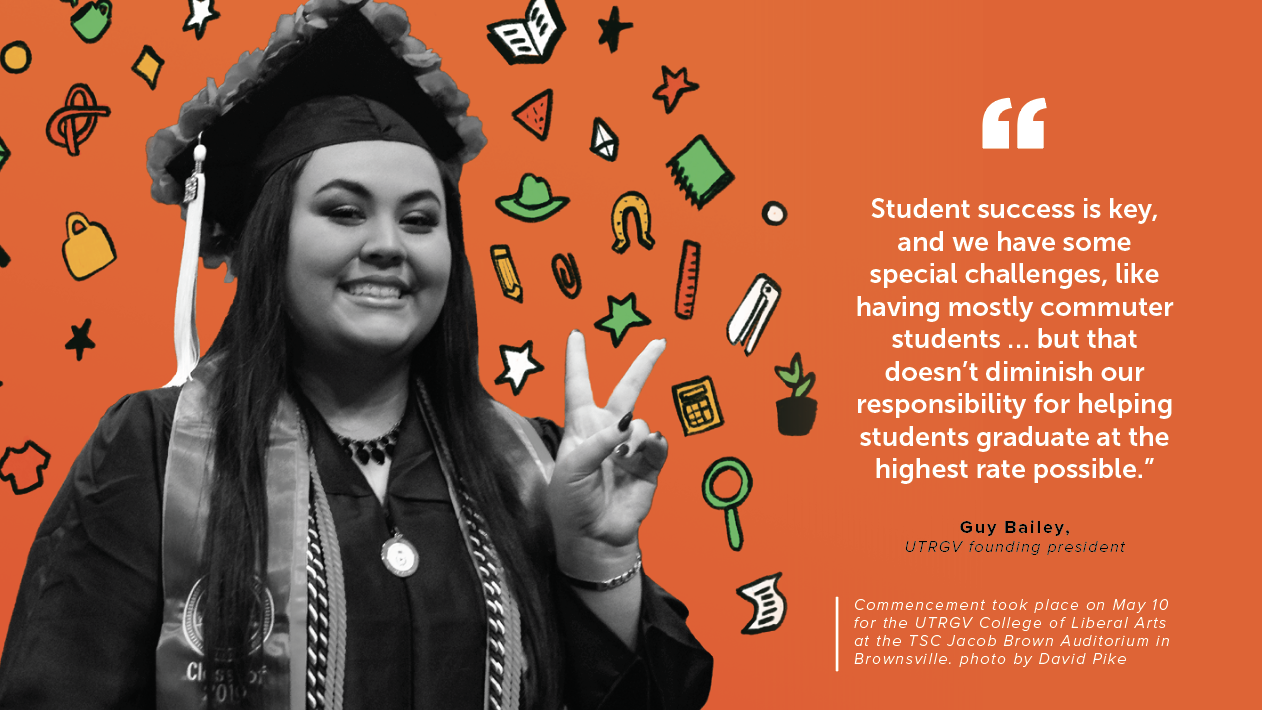 But these inaugural classes are not the only students here. Residents are also a big part of the education component. So far, the School of Medicine has about 210 residents and fellows placed in 13 programs throughout the Valley, Krouse said.

These are students who have completed their first four years of medical education and are moving on to practice and select specialties. In 2020, the first cohort of UTRGV School of Medicine graduates will join those residents.

As far as how they measure the overall health of the School of Medicine at this point of its existence, Krouse said there are three important areas of focus: education, clinical work, and research.

“We want to — and we need to — significantly expand our clinical footprint,” he said. “We need to continue to expand the number of physicians that are actually involved in patient care. And expand that footprint across the entire Valley.”

Part of why this is so important for the overall state of the School of Medicine, Krouse explained, is that mature medical schools get at least 60 percent or more of their operating funds from clinical revenue.

While UTRGV is still receiving startup funds for the School of Medicine, these special funds are expected to run out in a few years, at which point the school would need to have established a reliable source of funding.

So far, the university has 24 clinical sites throughout the Valley and has plans to open even more. There, students and professors — who are physicians — are able to see patients and offer services that might have otherwise not been available.

Some of the metrics used to measure student success by the university include graduation rates, retention rates, and course completion. The university set goals to increase the rates in these and other areas.

The current goal is to increase four- and six-year graduation rates to at least 50 percent. And while all these metrics have been nearing their goals throughout the last four years, the aim is to keep pushing that finish line further.

“Even though they are trending upward, they are not where we want these at, yet,” Bailey said. “We want our graduation rates to be up there with the University of Houston, Texas Tech, and schools like those.”

The overall goal is to increase student success — including graduation rates, retention, and course completion — and the current focus is to invest in academic advising and support services for students.

“We want to get our ratio of students-to-advisors to about 300 or 350 to one, which is the gold standard nationally,” Bailey said. “To do that, we need to add 32 new advisors, and the plan is to add 16 this year and 16 next year.”

In salaries alone, this translates to about $1.25 million. Plus benefits, it would be about $2 million, Bailey said.

While most universities usually raise tuition in order to pay for student services, UTRGV’s student demographic might not allow for steep increases. So while the university has to think outside the box and pace some of these changes over time, the effort is expected to yield results.

The university began a guaranteed tuition plan at its inception, which encourages students to take as many courses as they can under a set rate and graduate faster.

This has impacted graduation rates, Bailey said, but they know more has to be done to guide and retain students who might be the first in their family to go to college by helping them navigate the new environment.

“The single biggest challenge ahead of us is really enhancing the retention and graduation of our students,” Bailey said. “Student success is key, and we have some special challenges, like having mostly commuter students … but that doesn’t diminish our responsibility for helping students graduate at the highest rate possible.”