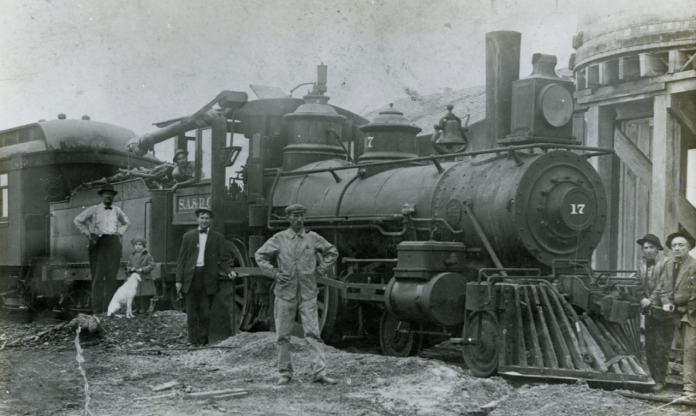 The railroad running through the center of towns across the Rio Grande Valley is a community staple. The train that runs alongside Business 83 is something all of us are used to, and we can’t remember a time without it.

Today it might cause a slight delay in your car commute, but over a century ago, it put the Rio Grande Valley on the map in a way it never was before.

We only have to travel back in time to examine the rails’ genesis and importance to the area. The RGV’s premier history institution helped paint the picture of 19th- and 20th-century conditions that led to the infrastructure boom.

According to Museum of South Texas History (MOSTHistory) CEO Alejandro Guajardo, much of the credit for attracting a rail down to the Valley from up north goes to John Closner at the turn of the 20th century. 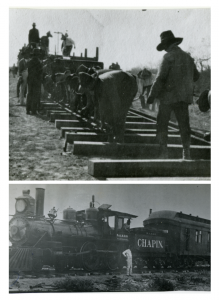 “The national narrative is really centered around industrialization, modernization, and urbanization,” Guajardo said. “Those three concepts are the frame of the railroad coming to South Texas. If there is no push to industrialize across the country, then the railroad doesn’t come to the Valley, if there is no push to modernize — innovation and invention were unstoppable across the country.”

The national and even international push for advancing society reached both South Texas and northern Mexico in the decades of peace following both the Mexican-American and American civil wars.

“What this country was doing post Civil War, in the age of reconstruction and of course Jim Crow, you have an unbelievable historical precedent of the invention. You also have major investments in steel and coal.” Guajardo said.

The “father” of the local railroad in the Rio Grande Valley was lawman and entrepreneur John Closner. You might have driven on the road with his namesake in Edinburg city limits, but his push to bring the railroad had an even greater impact. He arrived in the RGV in the 1870s after assisting with the railroad project in Mexico.

In the late 19th century, he was heavily involved in the modernizing of northern Mexico. He helped accelerate that same process in the RGV. He was at the forefront of the irrigation push that moved this area’s focus from largely ranching-focused into farming and agriculture.

Closner was a larger-than-life character who was not always a saint, getting involved with multiple women and leveraging his eventual friendship with powerful lawyer J.B. Wells into a position as Hidalgo County sheriff. He was also a local tax boss and was in the know of who was behind on taxes, often acquiring land that way.

His enemies even tried to assassinate him at one point … but back to the railroad.

“There’s a dramatic story of John Closner as a political boss who amassed large chunks of land, who built a pumphouse, who grew lush sugarcane in a place that’s very difficult to grow sugar cane that he then entered in the World’s Fair in St. Louis, Missouri, in 1904 in the crop competition,” Guajardo said.

Closner’s sugar cane won first prize against growers from around the world, hailing from South American, the Caribbean, and as far as Asia.

Guajardo said there is no other explanation for this endeavor but as a launching point for out-of-town investment and attracting commerce, citizens, and a railroad.

The rest is history, and perhaps without this ambitious, head-strong, and sometimes bullish push for modernization, the RGV might have a much smaller footprint in this world.

The railroad today still serves a purpose and still runs daily. Businesses along the track are able to move products up and down the Valley. In Harlingen, the train switches and heads northbound alongside US-77 towards the industrial hubs of Corpus Christi and eventually Houston.

The Rio Grande Valley Switching Company interchanges with Union Pacific Railroad in Harlingen, delivering all kinds of goods from the RGV as well as north from Mexico. The website says it services the Mexican trucking industry as well as the bustling oil and gas industry in Mexico’s Burgos Basin.

Now when the train horn goes off or even stops you dead in your tracks, you’ll know the rich history of how the railway came to be and how it drastically shaped and molded the area we call home today.