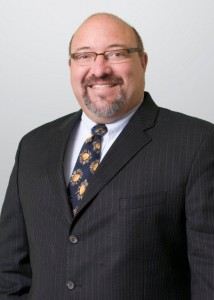 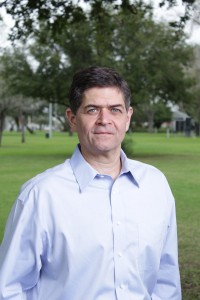 Dinner conversations around the Vela table probably don’t sound like most families. “It centers around making a difference, and how we can serve our community and country,” Moe comments.

The Vela’s are no strangers to success, but it comes from hard work — both are attorneys; although Moe now owns his own business development and government affairs consulting company in Washington DC. “We have been richly blessed,” Moe says, “but we know it takes hard work to keep that blessing.” Just how hard only becomes apparent when you hear what the cousins have and are planning to achieve for South Texas.

Both men come from distinguished roots — Filemon’s mother, Blanca, was mayor of Brownsville and his father was distinguished U.S. Federal District Judge. Moe’s mother was a public school teacher for many years and his father was a successful attorney, municipal court judge, and later a Cameron County Judge. “Dad did more pro-bono work than anyone else I have ever known, and my Tio Filemon went above and beyond his duties on the bench to perform countless hours of community service,” Moe reminisces. “In lieu of payment, my Dad would often accept tomatoes, rabbits and even once an alligator! How can Fil and I not be affected by their example? Fil and I are driven to serve; it is in our blood.”

Another characteristic of the men is their positive attitude and their ability to look to the good in every situation and in every person. They have been trained from the very beginning that you do not leave people behind, or trample on them to achieve your own goals.

Filemon Vela Jr. landed a spot on the November 6th ballot because of the newly created 34th District. If fortunate enough to be elected, he will be the first representative to Congress for this new District. He is running as a Democrat but realizes if he wins he will most likely be in a dominant Republican House . “I’m not too worried. I’ve lived with my wife for 22 years, and she is an elected Republican Judge!” he jokes. On a more serious note, he says, “My focus is on ensuring the children here in South Texas continue to have access to quality education and health care.” He also believes he will be a pragmatic voice for the Southern District of Texas. “Washington could learn a thing or two from South Texas — here we work together to solve our problems.” 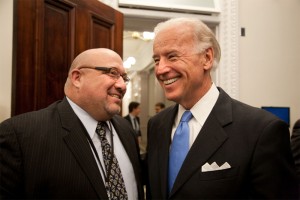 Moe agrees, saying that coming from South Texas has given him a unique perspective and helped him in the times he served in the White House. He is best known for his active role as the first Hispanic in the United States to serve twice in a senior executive role in two White Houses, — the Clinton Administration and then the Obama Administration. Most recently, he served as Vice President Biden’s Director of Management and Administration, where he was responsible for the daily operations of the Vice President’s office. He played a similar role for Vice President Gore as his CFO and Senior Advisor on Hispanic Affairs.

Serving with both Vice-Presidents was an incredible honor for him, but he says he never allowed the perceived glamour of D.C. to taint him or allow him to forget his South Texas roots. “I brought VP Gore to the Valley when the Empowerment Zone program began and to visit U.T. Pan American ,” Moe explains. “And VP Biden certainly knows more about South Texas than most people!”

Moe is aware that politicians are often viewed in a negative light, but he chooses to look at the positives. “I’ve seen the best and worst. But I choose to focus on the good people in D.C., those people who never forget whom they represent. I think it is despicable when someone comes into office, whether for Congress, or Senate, or any public office and fail their constituents. ‘Despicable’ is a strong word, but I mean it.” Fil and Moe both see running for office as an honorable thing, and as one of the best ways to serve their country.

Remembering whom they serve is what keeps these two men persevering through campaigns and public service. Most people ask the men what they have brought and will bring with them on a national level, and how they can impact D.C., which is important; but they want to be recognized for the role models they hope they are for the Valley and South Texas youth. As Moe explains, “I want the kids in the Valley and South Texas to look at Fil and me, and other really successful Hispanic men and women and think, ‘One day that can be me.’ I hope our example inspires them to become greater than they thought they could be.”

Both men have sacrificed in order to work in public office. For example, Moe took a 72% pay cut when he took his position at the White House this last time. “But again, I want to serve my country and be an example. How can we effect the changes we need, unless we are willing to serve?” he concludes.

The Vela’s recognize and utilize the unique advantage and perspective they bring to the political table. They can address audiences around the country on issues like the Hispanic demographic (one of the fastest growing in the country today), the unique assets and challenges of the beautiful Rio Grande Valley, and insight on small business, trade, education and economic matters from their successful law and entrepreneurial careers.

It looks like another generation of Vela’s is taking the Valley and the country by storm!