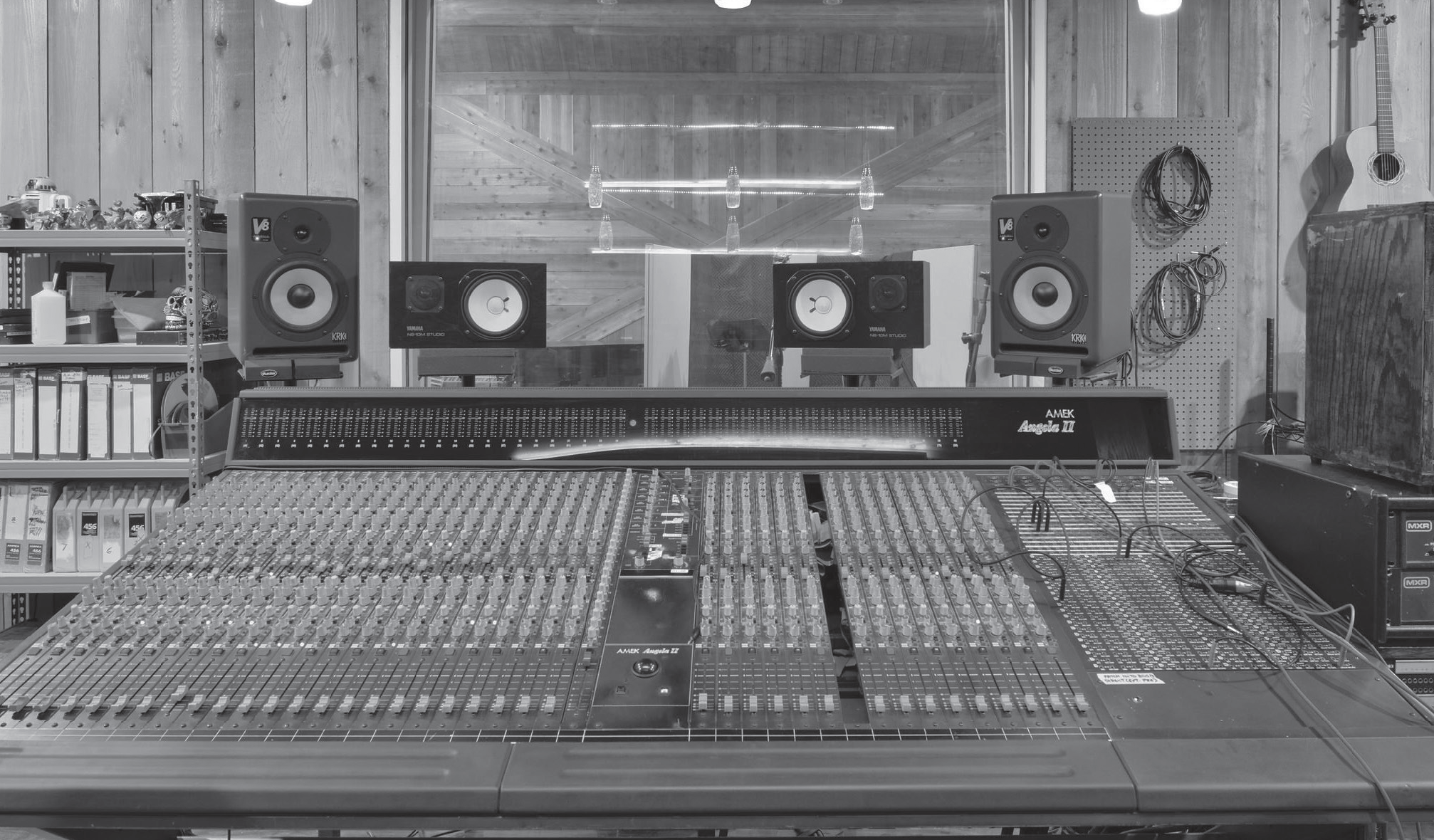 Professional-grade audio recording is now accessible to alternative artists in the Rio Grande Valley through the Sound of Rain Recording Studio in EdinburgCharlie Vela’s recent documentary and his audio production work in the Sound of Rain recording studio go hand-in-hand; the two medias epitomize the “rasquache way” that music was made and shared in our community, a history that has gotten into the local psyche and still affects many artists’ approach today. When local artists want to start a project, they look around and do it with what is available. It was this self-taught and independently financed approach that Vela and his partners took with the Sound of Rain recording studio, a project that elevates local artists by providing them with a space to play, access to professional musical equipment and recording tools, and importantly, feedback. As technology and interest have allowed for the documenting of more local performances, Vela is excited to open the door for future audiophiles, and shares the joys and difficulties of turning his passion into his day job.

History of the Sound

“Nobody’s coming on tour to the Valley to entertain you, so you have to make a band to entertain yourself,” said Vela of the environment that created him. “Nobody’s going to record your music because they don’t take you seriously, so you have to learn to do it. It’s how you approach any creative endeavor — just do it. You have everything you need. There’s YouTube now to learn how to do stuff; there’s no excuse if you’re willing to put in some time.”

Since the age of 12, when his parents gave him his first tape deck, Vela has fostered an interest in recording that grew until he became that producer he needed years ago, the one who takes all types of music seriously.

After learning the ropes in Master Productions Studio in Weslaco, (a coincidental connection, as his father shared a worksuite with the studio) and experimenting with his own bands as a teen, followed by more experience in a Pharr studio with Roy Trevino, Vela worked from a home studio for a few years with his growing collection of equipment until his girlfriend (now wife) moved in. “That’s when I kind of wanted a living room to look like a living room so I started looking for another place to work, and that’s about the time I met Roland, my partner here.” 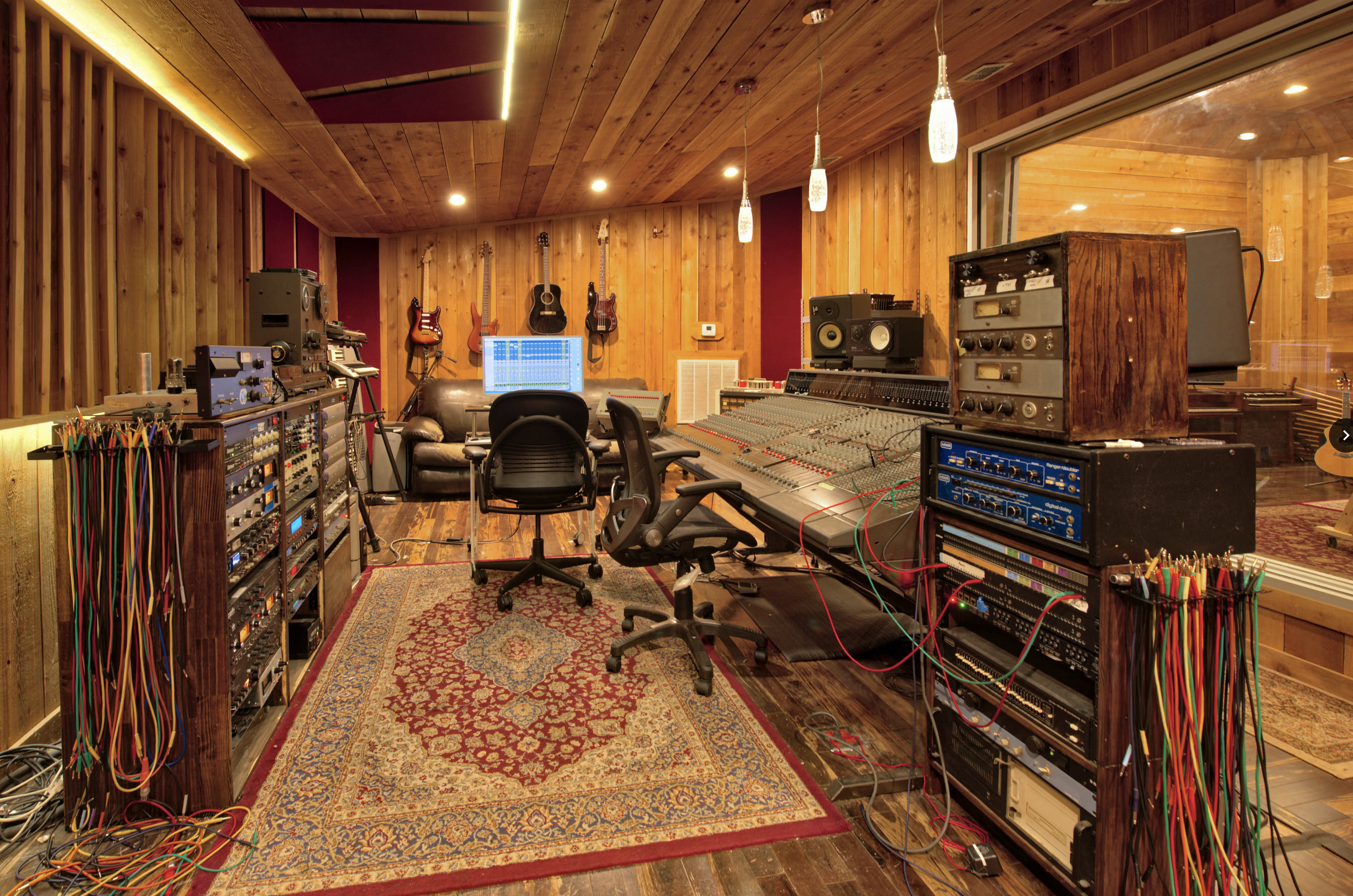 Roland Trevino is the keyboardist, vocalist, and leader of Tejano band Llueve, which has toured and produced chart-topping records, but it all started, as is the case for many bands, with practices at his house. “We used to play outdoors, with the South Texas heat,” Trevino said. “I saved a little money and turned this warehouse into a practice space, because we were also too noisy at home for the neighbors.”

Out in the industrial zone of Edinburg, there are no noise limits and bands can be as loud as they want. When Trevino added sound-proofing and an additional space for producing, the studio was complete and ready for Trevino to work out of, putting to use his degree in audio engineering from Full Sail University. That’s what he was doing when in 2011 he met Vela, and they developed an instant friendship based on their remarkably similar interests. “I asked if he wanted to bring his home studio over here,” said Trevino, and the partnership was formed as simply as that.

Now Trevino mainly deals with the studio’s big business decisions like expansions, and leaves a lot of the session work to the interns and Vela. “They keep it pretty busy, which is what a business wants at the end of the day,” Trevino said. “I have the restaurant and I just had a baby girl recently, too, so it’s good having somebody like Charlie I can trust.” For alternative musicians of the RGV, “good” is an understatement. Vela’s passion and equipment keep the door to the space open.

In Service of Sound

Sound of Rain offers 14 guitars and 18 guitar amps, plus other goodies for musicians to experiment with and get to work. Though most people bring in their own gear, Vela encourages them to experiment with anything that catches their eye — equipment they’ve sometimes never seen in person before.  “This should feel like a toy chest to inspire people. That’s why we have stuff coming out of our ears — trying to find places to store things has been the biggest challenge.” Providing new experiences through access to equipment is a philosophy Vela shares with producers and engineers whom he admires.

Vela explains that producers have varying degrees of involvement in the creative process, with some producers like himself adjusting their approach depending on the artist they’re working with. “I’m trying to be in service of the band at all times,” Vela said. He asks the band members if they want input or if they already have a clear vision, and offers suggestions when requested but doesn’t push ideas on them to satisfy his ego. “This is a creative space and we’re all just kind of putting things out there, and some of them are going to stick and some are not.”

Providing feedback, equipment, and a sound-sensitive space isn’t all that Sound of Rain offers. Vela says that another big part of the job aside from the technical producing and engineering is a bit of coaching, gauging of interpersonal dynamics, and group psychology to bring the best out of everyone and maintain a calm atmosphere that’s most conducive to creative productivity. “Especially if you’re working with a band — because they have so much internal baggage and conflict they walk in with — you have to assess real quick who are the people you have to keep happy, things like that.” 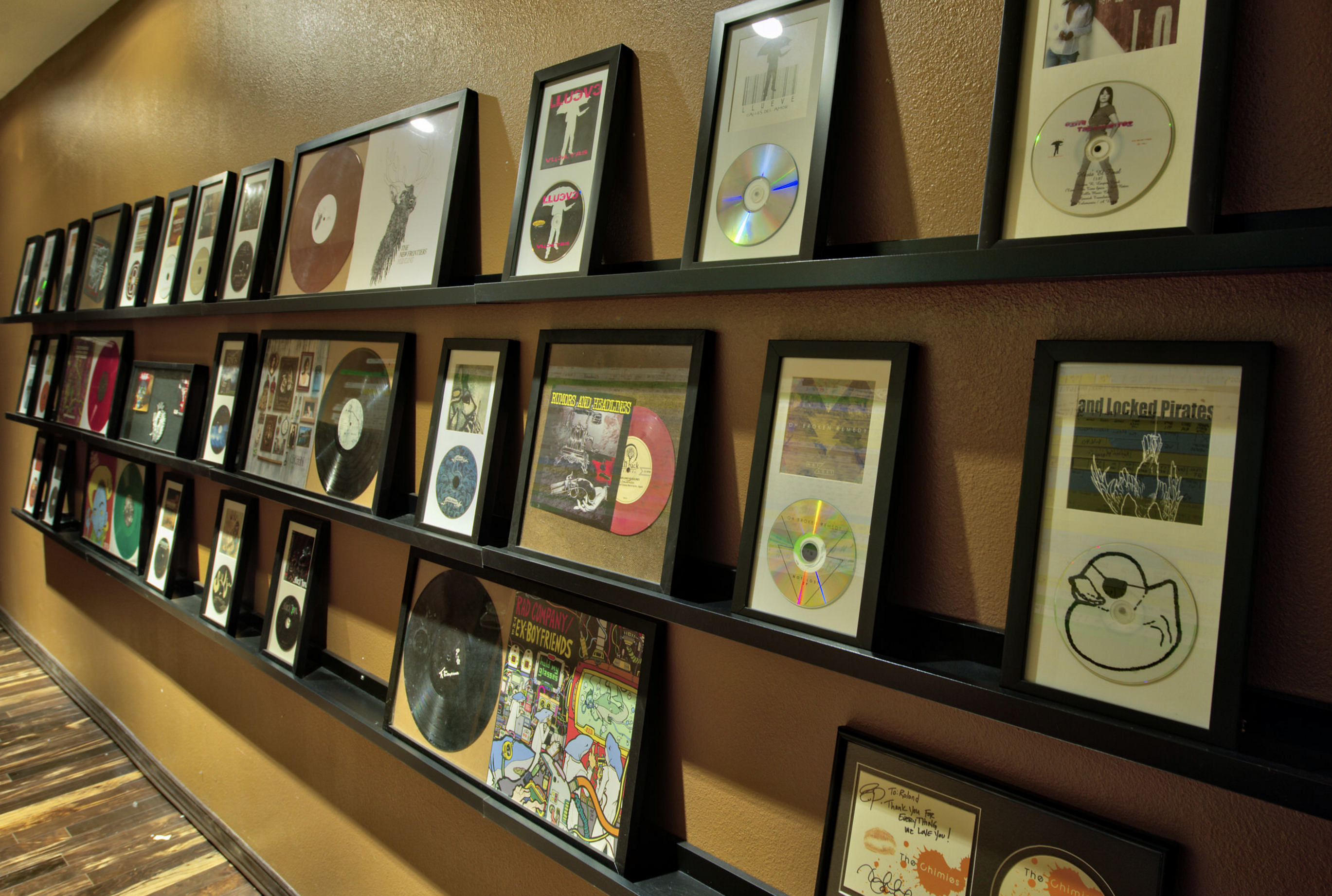 Keeping people happy can be all-consuming for people who are working with their passion, or as Vela says, skirting the line between occupation and vocation. “It’s really easy to lose yourself in the work. It’s wonderful to find something you’re that into and able to do to support yourself with; plenty of people don’t ever get to do that, but it has its own set of challenges, too.”

Constantly staying in work mode can be detrimental to relationships where partners don’t understand or accept the financial and emotional investment (not to mention sheer time) the other party is putting into their work. Vela says he’s been lucky to have met his wife who accepts the way he is, but he does his part to reduce the stress, especially since the birth of his first daughter.

“It’s cliche, but it puts things in perspective,” Vela says. “I’ve been very deliberately trying to build my work life so that I have no choice but to have boundaries in my life because she’s going to grow up and not want to hang out with me. When I had the studio at home it was very difficult; work is always right there. Even just being a few blocks away is very helpful.”

Attempting to have personal time in his life doesn’t mean Vela is some reclusive figure hiding away in the studio. He says it’s important to be encouraging with people who have questions and an independent interest in recording music, and he helps as much as he can. The studio also has interns who work and learn there the way he did when he was younger.

“I’m not going to be here forever, so I would rather a younger kid feel like this is a resource. When a kid is motivated on their own — it’s like you’re compelled to do it against better judgement; it sometimes feels like something you’re wrestling with — I can totally identify it in people because I’ve been there,” says Vela. “Helping those people who are exceptionally motivated is super gratifying.”

Helping individual producers-in-the-making isn’t the end of the Sound of Rain education. Trevino says he hopes to turn the studio into a school in the future. “We’d like to have keep the main studio going, but team up with vocational schools here in South Texas and get involved at the high school level, where we can make the most impact, and see if we can offer some college credit,” he says. “We have a lot of aspects that we’re involved in, like online marketing and how incorporating that into sound engineering can benefit you in the workplace. Commercial work like being able to make your own radio ads and TV ads — and knowing that they’re going to sound good — there is a lot of money out there and a lot of people in the Valley outsource that.”

From the days when it was difficult for a band to get recorded to today, the landscape of record-making has changed in a positive direction — anyone with a smartphone can document a sound, but some can turn a passion for sound into a career. “There are many more individuals recording and focused on their community,” Vela says. “I think that’s excellent. It’s more than I could ever have hoped for back then.”