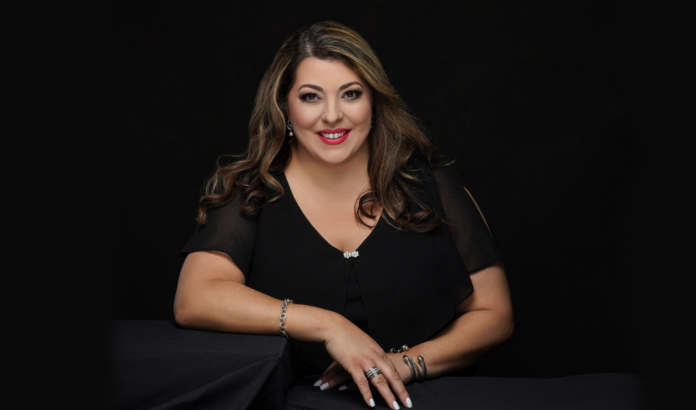 Within her first year in hospitality, Andrea Rodriguez hit a career milestone. She was working as a hostess and receptionist at the Tower Club — a fine dining club in McAllen — and when the catering manager departed, she took over. At 19, she became the youngest catering manager in the country for Club Corporation of America. This would be the first career achievement of many.

Rodriguez grew up in a suburb outside of Chicago as the youngest of seven children. It wasn’t until after high school that she and her family moved to the RGV, and while she had family roots in the region, it took her some time to adjust.

“The move came as a huge culture shock,” she said. “In a big city, you have everything. However, working in hospitality really helped me because I dealt with customers all over the country and all over the world.

“With time, I learned to love the area, and diving into a busy job right from the start definitely helped me adapt.”

Rodriguez describes her parents as the embodiment of the American dream. They left their beloved home and families in the RGV with nothing and moved to Chicago to build their own future.

“My dad began his career as a business agent and worked his way up; he later became the vice president of the AFL-CIO, the second largest union in the United States,” she said. “I’m really proud of the work he did, and I think he’s probably the reason I am who I am today.”

Rodriguez credits her career achievements to inheriting her father’s work ethic and having self-confidence. These are values she aims to instill in her two daughters, Daniella and Gianna.

Following several jobs in hospitality across the RGV, Rodriguez grew interested in working for DoubleTree Suites by Hilton Hotel McAllen (formerly Embassy Suites) — the largest hotel south of San Antonio. She was hired as a sales manager, and within two years, she received a promotion to director of sales & marketing — her current role. In total, she has been with the hotel for 19 years.

“This is my second family; it’s something very unique and special,” she said. “I think people in hospitality have the ability to make people’s lives and experiences better.

“I really believe in creating solutions. If a problem hits your desk, you have to take ownership, communicate, and make it right with the customer and/or team member. Then you move forward.”

She adds that hospitality is also about having a personal touch with customers to make them feel welcome and appreciated — such as going the extra step to remember their names, writing a personalized note, or leaving them a special welcome amenity.

“That’s just my nature,” Rodriguez said. “I’m going to try to meet everybody I can in the room and make them feel comfortable.”

In her time with DoubleTree, the hotel has earned several awards, including Hilton’s Pride Award for the Best of the Best — an award given to only five hotels throughout the Americas. Additionally, they have maintained a 98% occupancy rate for the last two-and-a-half years.

“It’s been hard work, especially since we don’t have the same number of staff from previous years,” she said. “We’ve all just really pivoted, worked smarter and harder.”

During the height of the pandemic, Rodriguez led an appreciation effort for the travel nurses staying at the hotel. With the help of her coworkers and members of the community, the hotel was able to provide the nurses with care packages. Additionally, she organized a dinner from the in-house restaurant and over 30 local restaurants for the nurses once a week.

Parades were another way she helped the visitors feel appreciated. She organized one in which the community came together to cheer them on as they left the hospital, and another as they returned that included a red carpet welcome. And to keep their spirits up, she created a wall of love and kindness featuring letters of appreciation to the nurses. Through sharing the mission to all she encountered, she received hundreds of cards and letters to include.

Further highlights for Rodriguez with the hotel include working with the White House under the Clinton and Trump Administrations, Congressional visits, and visits from Mexican government groups. Other notable clients include famous musical artists and groups, Cirque du Soleil, and several NBA teams. The hotel hosted the Houston Rockets and Golden State Warriors at the same time during an exhibition game.

“To have had them under our roof in such a small market like ours is phenomenal,” she said. “I’m very happy coming to work every day. I feel so blessed and grateful.”

Her can-do spirit comes from her continual education. She keeps an office library stocked with personal development and business books and encourages her colleagues to utilize it as well.

“I’ve always felt like I should be at the table, that I should be in the room,” she said. “I’m never shy to give my opinion in a professional, respectful way.

While she stays busy in her career, Rodriguez also makes time for local nonprofits. She is the new president for the Organization of Women Executives — the first nonprofit she joined over twenty years ago. She is also the regional board chair for IDEA Public Schools and helps with their annual scholarship gala each year.

“Serving my community and representing DoubleTree really brings me a lot of joy,” said Rodriguez, adding that managing everything is made possible with the help of her professional and personal support systems, which includes her husband of 25 years and their daughters.

After more than two decades in the hospitality industry, Rodriguez said she remains eager to improve and achieve.

“I still want to make more connections; I’m not done yet,” she said. “ I would like to continue to have the drive and passion to keep sharp and always be learning. I’m just ready to keep going and to continue to grow.”