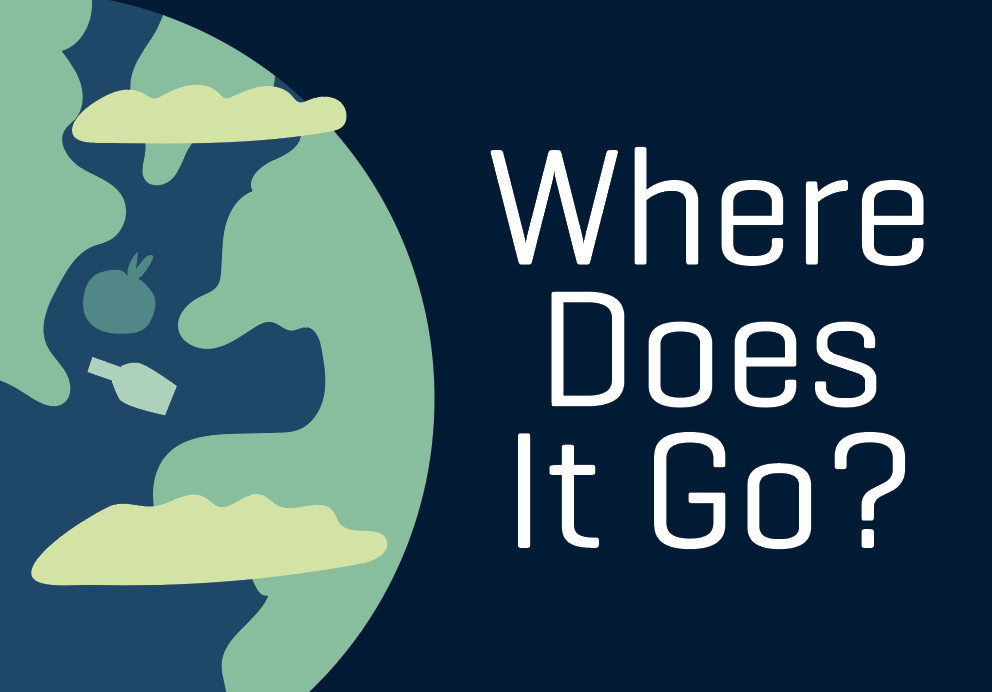 Environmental experts say between 1.5 and 2.5 million tons of plastic flow from rivers into the oceans every year.

This ocean plastic tends to gather in various locations around the world, including one massive patch of plastic in the Pacific between California and Hawaii that’s twice the size of Texas.

Regardless of how isolated in the world, there is virtually no area on earth where marine wildlife isn’t dying of digested plastic. And lots of it, including water bottles, is plastic that can languish in nature for over 500 years.

To make matters worse, China has tossed the U.S. into an environmental chaos.

After years of being the world’s largest importer of recyclable material collected by municipalities with recycling programs, China suddenly announced it would no longer import “foreign garbage.”

For many cities across the country that relied on China, their recycled goods are ending up in local landfills. Despite the futility, some of these cities are hesitant to tell their residents to stop recycling for fear they may never do it again should conditions change.

Cities caught in the chaos are scrambling to find solutions. Some are shopping around for new buyers in developing countries. Others are stockpiling their recyclables in hopes that China will change its mind.

Many cities in the U.S. that once made money from their recyclables are now paying processing centers to take it off their hands.

The largest and only recycling program south of Corpus Christi and San Antonio is in McAllen, which has so far avoided the dilemma facing so many other municipalities.

That’s because McAllen sells most of its recycled goods to Mexico, which to date has continued to buy in quantities they’ve been buying for years, according to Elvira Alonzo, Public Works director for the City of McAllen.

“We’re blessed; our recycling program has not been impacted by China as was feared,” she said. “Fortunately, Mexico is still receiving our recyclable goods, but cities in central and north Texas who found it cheaper to ship to China have really been impacted.”

With a glut of recyclables, prices have plummeted.

“We may be impacted in the future by pricing,” Alonzo said, “but for now we’re still selling our material. It’s still getting out.”

“San Antonio and Austin continue to recycle, but some cities in the state have now proposed doing away with their programs,” Alonzo said.

The city of McAllen began its recycling program in 1994 and eventually phased in all sectors of town by 1997. Alonzo became involved with the program in 1998.

“The first conveyor belt for sorting recycled goods in McAllen was actually the old baggage handling conveyor that was tossed out in 1994 when the city remodeled their airport,” she said.

The City of McAllen went from no recycling program to a highly efficient program that is environmentally friendly to the community, helps increase the quality of life for citizens, and improves solid waste management for the city and its residents.

But the success of the program took years of work and lots of fine-tuning.

“One of the first challenges was to educate the public on how to properly use the blue recycle containers provided to each residential home,” Alonzo said. “To help inform residents about what does and does not go into the blue containers, we used a combination of television, radio, school presentations, and tours of both the old and new recycling facilities.”

Over the years, adjustments and improvements were made to all phases of the city’s solid waste and recycling process, including the move toward automated trash trucks with compaction mechanisms that eliminated the use of costly 18-wheelers making runs to landfills, and others.

“In 1999, the city commission approved the construction of the recycling center we now have at Nolana and Bentsen Road,” Alonzo said. “It was completed in 2000 and its been highly efficient and effective as we went from a six-day collection cycle to a four-day collection with same-day service of both garbage and recycling bins.”

Education has been key, Alonzo said.

“The education efforts through the Recycle Right program has helped decrease container contamination in the recycling waste stream and increase tonnage of recyclable material received at the Recycling Center,” she said.

Alonzo said the city has clearly identified the following material that is accepted at the center:

Alonzo said the constant fine-tuning and streamlining of the city’s recycling program has resulted in an efficient, sustainable program of great benefit to its citizens.

“The City of McAllen’s recycling service allows us to save money on city operations while giving back to the community by providing a healthier environment,” she said.

The future of plastic may be self-destructive

New technology from the mind of an 81-year-old, not recycling, may soon begin to choke off the world’s accumulation of plastic, sometimes called a world plague.

Marshall Medoff, a Massachusetts businessman with no scientific education or background, has achieved a scientific breakthrough that had perplexed the best scientists for at least a century.

Medoff has developed a method of releasing sugars found in all the Earth’s abundant plant life. By doing so, he’s created three products that he says will save the world, including a new plastic designed not to last.

Featured recently on 60 Minutes, Medoff showed off the three products from his company, Xyleco: a clean-burning ethanol with the potential to make a dent in the world’s petroleum market, a sweetener low in calories to improve human health, and a new plastic that can be programmed to self-destruct in anywhere from three months to several years.

The amateur scientist began his mission of saving the world 25 years ago when he decided to stop global warming. Medoff sold of his businesses, ended personal relationships and spent 15 years in a warehouse poring over scientific material and testing ideas.

He told 60 Minutes’ Lesley Stahl that he knew there was an untapped source of energy in inedible plant life that decades of research by the brightest minds and institutions had failed to access.

“It’s everywhere and nobody has managed to use any of it because they couldn’t get at it,” he said.

Medoff finally came upon the novel idea of reversing electron accelerators to free up the sugars in biomass. He began receiving patents for his work and began attracting top scientists and hundreds of millions of dollars from investors.

From the brain to the planet

Today, Xyleco’s 70 scientists and engineers in Washington are burning through those millions to scale up production. They are transforming corn cobs from local farmers by blasting them with electrons and combining that with a secret enzyme to produce energy-rich sugars.

“We’re making products that will resolve some of the world’s biggest problems, to protect the environment and our health,” Medoff said.

He predicts the sweetener, which tastes like sugar, will help reduce obesity and diabetes because it’s low in calories. Since oral bacteria can’t feed on it, the new sweetener will not cause tooth decay. And in time, it will help eliminate artificial sweeteners found in Diet Coke and many other products.

Medoff said his ethanol will reduce greenhouse gas emissions by 80 percent to begin the shift from fossil fuels. It has the potential to replace as much as 30 percent of the world’s production of gasoline, corn-based ethanol, and jet fuel.

“We’re making our ethanol in a sort of still,” he said, “which is basically alcohol to drink or to put in your car … or both. And it can be dispensed at gasoline pumps without having to make any equipment changes.”

And the plant-based plastic, or bio-plastic — as opposed to petroleum-based plastic now in wide use — will disintegrate after its usefulness.

Medoff told 60 Minutes he thinks traditional plastic should be outlawed.

“All it’s doing is accumulating and destroying the oceans,” he said.

Members of Xyleco’s board of directors include some of the top minds in science, industry, and government.

Said one, “Medoff is another Thomas Edison, a genius. He’s not a scientist, but he has many of the attributes a good scientist has, including confidence in himself and in his work.”

As the multi-billion dollar company stretches itself to increase production, Medoff is convinced, as always, that he’ll accomplish his self-imposed task of saving the planet.