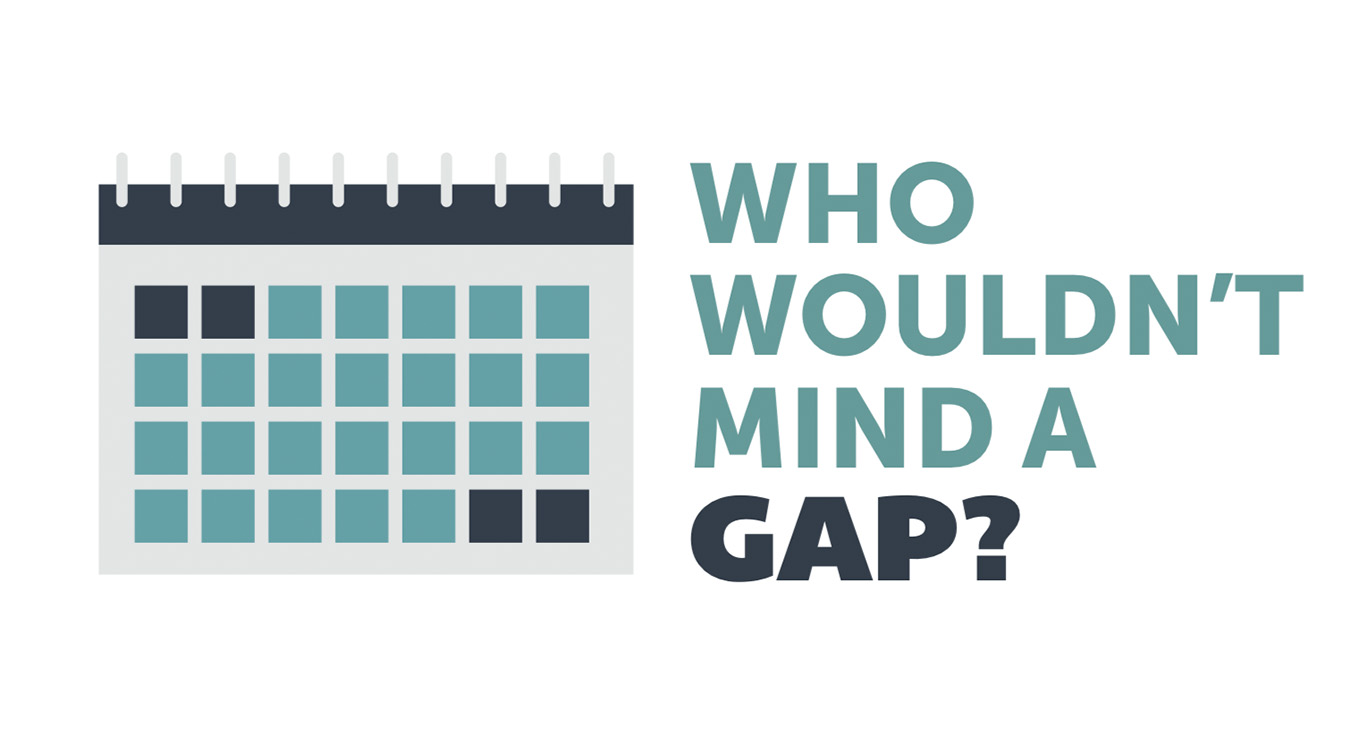 When you think of a gap year, what comes to mind? High school or college graduates backpacking through Europe before starting the next chapter of their lives? While that image isn’t inaccurate, it seems there’s a new wave of people looking to embark on a gap year — not before starting their career but, rather, in the middle of it.

“We mainly work with students, but we see an increasing number of older adults who aren’t completely retired,” said Holly Bull, president of the Center for Interim Programs. “They’re looking for a new direction and asking themselves what they want to do for the rest of their lives.

“While gap years are traditionally seen as a time for young adults to explore and gain life experience before entering the ‘real world,’ for those who have been working for two decades or more, an escape from the ‘real world’ and their routine may be just the ticket.”

Such was the thinking for designer Stefan Sagmeister, who decided to disperse a portion of his retirement years throughout his career, allowing him to take a yearlong sabbatical every seven years. He found his work significantly improved after he’d seen it grow stagnant in years prior.

According to data from the U.S. Bureau of Labor Statistics, the average productivity per American worker has increased 400 percent since 1950 — so it’s no wonder people are looking for a break. Whatever the reason may be for the trend, for those planning their own gap year or sabbatical, there are lots of approaches to take to help you make the most of your time.

Before planning extended time away, think about your intentions and what you hope to gain. Do you prefer to get away without going too far? To spend more quality time with family? Or to return to work with renewed drive, creativity, or an enhanced skill set? Perhaps you hope to pick up a neglected hobby or explore new career options. Taking time off to volunteer or serve on the board of a local charity could turn into a full-time position with the organization — or offer networking opportunities that lead to something new. Whatever it is you’re craving, there’s a wealth of programs and resources available to suit your goals and time frame — both near and far.

Itching to see the world? There are few better ways to shake up your routine than by traveling somewhere new. Whether it’s for a month or a year, a road trip along the Pacific Coast Highway or backpack trek around Asia, travel promises days spent exploring new sights, cuisines, and cultures. While it isn’t free, websites like HomeExchange.com and SabbaticalHomes.com can help you recoup some costs by swapping homes with a family abroad.

Need a break from retirement, instead? You’re not alone. According to the Federal Reserve Board, a third of those who retire eventually rejoin the workforce. If you’re looking to do the same, consider seeking out temporary contract positions – perhaps with a former employer or a nonprofit you support.

Sure, a gap year sounds great, but how can you actually make it happen? It’s not hard to imagine the reservations people have about taking time off mid-career with bills to pay and homes to tend to. Plus, with just 17 percent of companies offering a sabbatical program (paid or unpaid) in 2017, this would likely involve negotiating with your employer if you want a job to come back to.

When broaching this conversation, make sure you get answers to all the pertinent questions. If they’re willing to let you take the time, would it be paid or unpaid? Would you still be considered a full-time employee or would you move to a contract position? Will you still be covered by insurance? Your financial advisor can help you talk through the possible outcomes of the negotiation process as well as your other options for income and benefits during your time off.

While extended time off may not be commonplace, it may be easier than you think to make the case. For example, when Melissa Harper, CEO of Good Sports, took a one-month sabbatical, she realized her team was more than capable, and permanently delegated more than 30 percent of her responsibilities to them, leaving her more time to focus on big picture goals.

Your company may also see the benefit in using your temporary absence as a stress-test of sorts that could highlight potential gaps in leadership or process. Even better? It may give your team a chance to further develop their leadership skills. Perhaps less surprising are the benefits of time off for employees. One study of university professors found that those who took sabbaticals experienced a decline in stress and an increase in their overall well-being when they came back. What is surprising is that these positive effects often lasted long after they returned, refreshed and ready to tackle the work again with renewed energy. 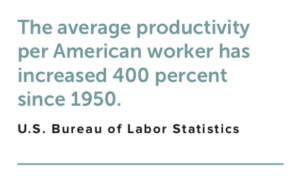 Whatever is realistic for you and your family, be it a week away, a month or a year, it’s never a bad idea to hit pause and reflect on your personal and professional goals. And when it comes to your financial well-being and trajectory, don’t forget to tap your financial advisor as a resource and sounding board to help you plan for the gaps and career moves that make the most sense for you.

The average productivity per American worker has increased 400 percent since 1950 U.S. Bureau of Labor Statistics

Hear more about Stefan Sagmeister’s famous gap years in his TED Talk. Search: “The Power of Time Off” on ted.com.

As featured in WORTHWHILE, a quarterly periodical dedicated to serving the clients of Raymond James advisers and affiliated advisory firms.

Investment products are: not deposits, not FDIC/NCUA insured, not insured by any government agency, not bank guaranteed, subject to risk and may lose value. 17-WorthWhile-0022 BS 8/18