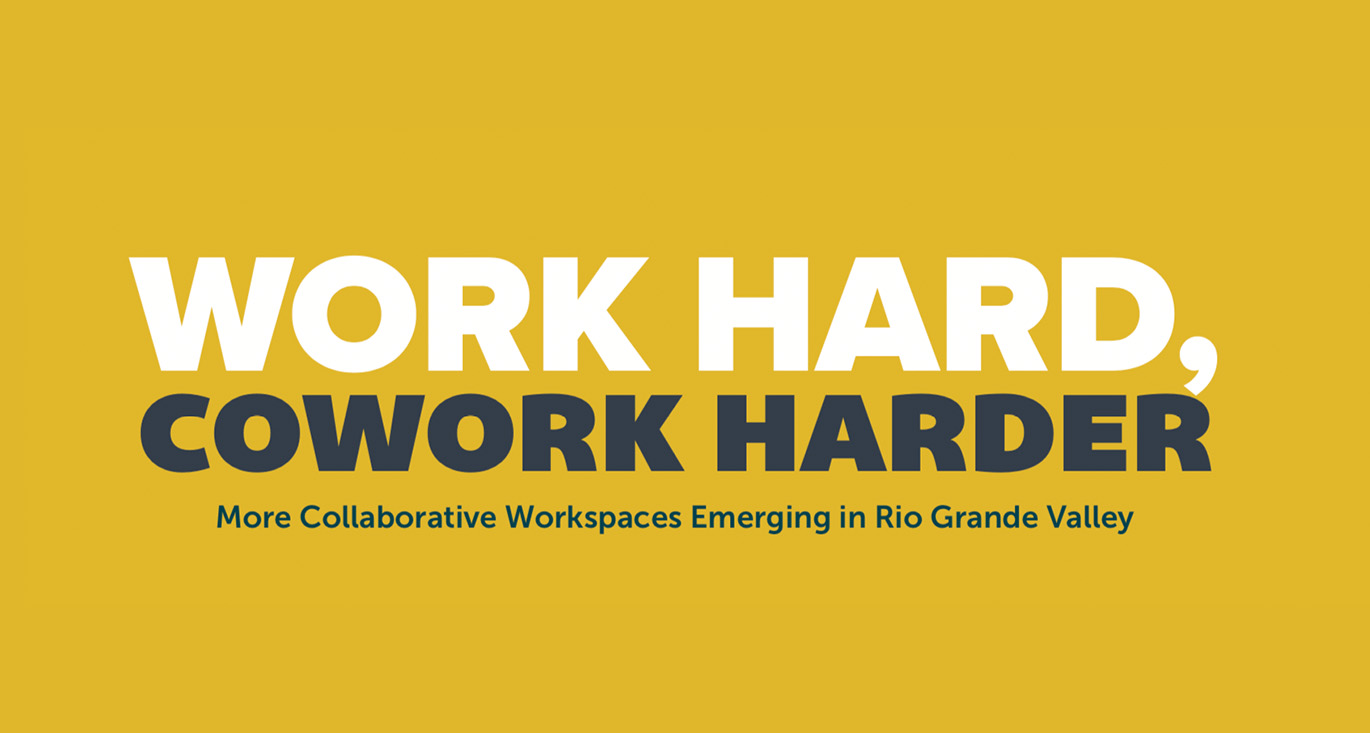 What do a coffee bar, postsecondary campus, magazine, brewery, educational advocacy organization, and inventor all have in common? They represent a sampling of the diverse businesses with offices at the Center for Education and Economic Development in Mission.

Jitterz Coffee Bar, Schreiner University, RGVision Magazine, 5×5 Brewing Company, Teach for America, and Knife Glider, respectively, are a few of the tenants at the CEED building, a coworking space managed by the Mission Economic Development Corporation.

“The idea is to nurture creative types, nurture entrepreneurship that exists not only in Mission, but in the Rio Grande Valley,” said Alex Meade, former CEO of Mission EDC — also headquartered at CEED.

The CEED building is one of several coworking spaces emerging across the Rio Grande Valley. Of the growing trend of workspaces that encourage collaboration and sharing, Grindstone Coworking was the Valley’s first, opening its doors to freelancers, corporate refugees, and small businesses in 2015 in Edinburg.

In 2018, Grindstone opened a new location in McAllen.

“I think one of the most exciting things about Grindstone is being able to see the success stories that are coming out of it,” said manager Daniel Rivera. “We’ve seen people come in with part-time memberships that met their business partner within the walls of Grindstone, formed a company, and now are thriving companies.”

Like many of its coworking counterparts, Grindstone offers several levels of membership along with phone booths, private offices, conference and training rooms, and networking events.

“Instead of sitting next to that stranger at a Starbucks, you’re sitting next to someone who you’ve developed a relationship with who may have the answer to the problems you have or maybe a connection to the next business opportunity,” Rivera said.

It’s those networking opportunities — serendipitous encounters with people in other industries or from other companies — that is one of the major draws of coworking.

“Networking is a big reason people come to Venture X,” said Cooper Elliff, community manager of Venture X Harlingen. “There, it’s really amazing to watch our members meet each other, realize that they serve a need that maybe another member has or another member’s client has and organically networking.”

Venture X, a coworking company with locations around the nation — as well as in Canada and soon in Australia — also has another space in Brownsville that offers the same amenities as the Harlingen location. Those perks include 10,000 square feet of private, furnished offices, open seating, and monthly membership plans.

“Coworking originally was open-seating collaboration that’s expanded into more private offices inside a coworking space,” Elliff said. “So luckily, when Venture X Harlingen was built and established, we already knew that trend was coming. So we have a lot of private offices, a lot of small teams working together that still want the opportunity to collaborate with the people next door to them.”

“Coworking has a huge benefit that’s not really talked about, which is the social aspect,” said Luis Urquieta, founder of WorkPub Cowork in Brownsville. “You never know who you’re going to meet, or meet somebody who knows somebody that is that key factor for your business to really work.” 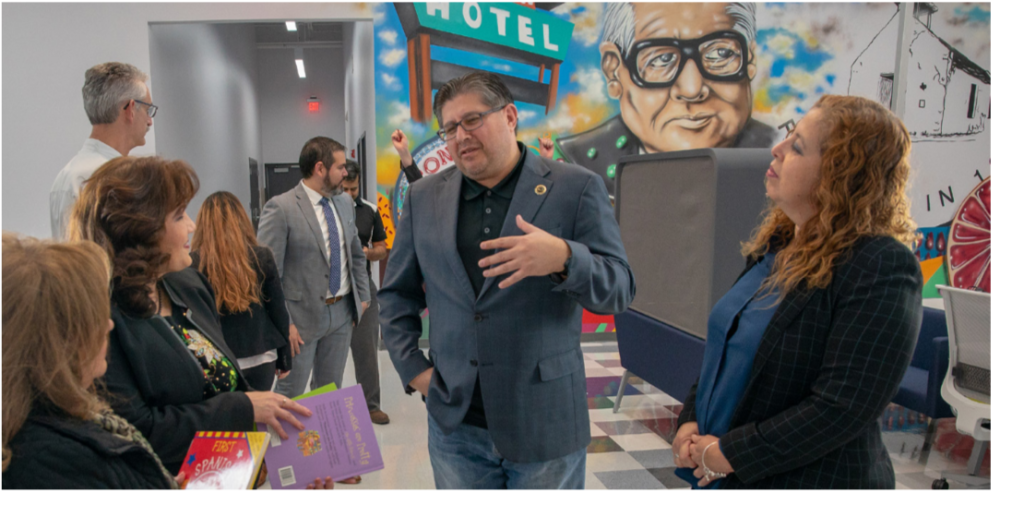 “It works well because it facilitates small business growth from networking to flexibility to allowing you to put money into where it really matters versus an office you don’t really need,” Urquieta said.

Most coworking spaces feature a range of benefits to share among members, like the CEED building’s lecture hall, computer lab, smart classrooms, board room, and makerspace. In coworking, resources — and ideas — are shareable even if you work for separate businesses.

“The idea of not sharing is an old way of doing business,” Meade said. “Now the idea of doing business is to actually share your ideas with others because maybe somebody else has already done that and they would’ve learned something. And now they can share their lesson learned with you, making you a stronger entrepreneur.”