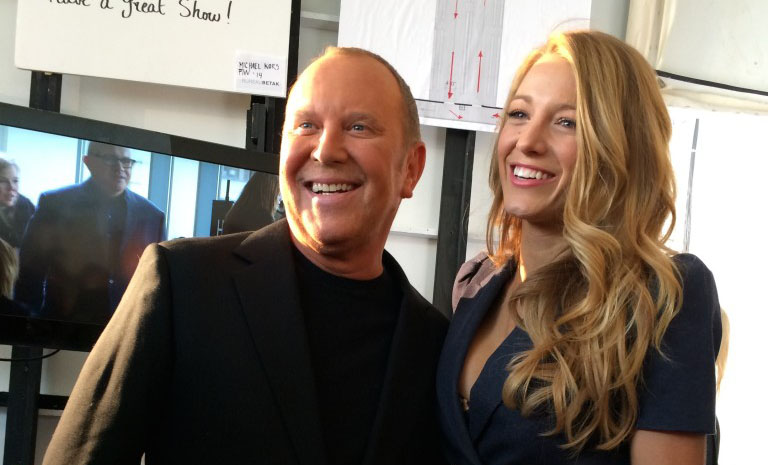 There’s an overhead announcement from the stewardess on the plane: “Don’t enjoy your drinks.  Just drink them.”  It’s the middle of snowstorm “Nika,” and we’re experiencing major turbulence as we fly over a sheet of white that appears to have no end.  I’m traveling from Texas to New York City, and while excited, a brief feeling of nerves shakes me.  What if the plane doesn’t reach its destination?  Is this how it all ends?  What was I thinking traveling under such intense weather conditions?  I recalled my mission for 2014 – the year of making dreams reality – and then no storm could deter me.  My dream to work New York fashion week was a short distance away.

This was a dream that lingered, one that had been put off for some time.  Mostly out of fear, but also because imprinted on my mind were the voices of those who made me feel as though I was reaching for some far out, unattainable goal.  The decision to take the leap came when I caught up with an old friend who had made the move to the city several years earlier.  He was the only connection I had to the fashion industry and the first person I reached out to in hopes of an opportunity.  When that didn’t pan out, I relentlessly took to the Internet and sent my resume to anything and everything that seemed remotely promising.  At the point of hopelessness, I received an email that left me exulted – a chance to work with the team of Bureau Betak, led by Alexandre de Betak, dubbed the “wizard behind fashion brands” by the Business of Fashion.

It was my second season working fashion week, and I stood lost at an intersection.  I lifted my scarf to shield my face from the frigid winter wind.  And beyond the swarm of people, there it was – Gotham Hall, where the Peter Pilotto for Target launch party would be held later that evening.

Entering the space, I could see there stood a circular stage anchored at the center by many moving parts, and above hung an enormous, grand chandelier.  Everything glowed red as Pharrel’s “Happy” played over and over as the sound check was perfected.

The space was enormous, and I was guided through makeshift rooms that held racks of clothes, and a maze of hallways that led to the production crew.  The room was buzzing, “Does anyone know where I can get stanchions and have them delivered by 5:30 p.m. today?”

Fashion week is not all glitz and glamour, as some would assume.  Success of a show comes from hours of hard work, and in this case, it was a twelve-hour day.  Prepared for anything, I asked how I could help.

The arrival of the winter storm sent me through the streets of China Town in search of exactly twelve black umbrellas to shield guests from the potential, and likely, heavy snowfall. On my return, I was directed to the pop-up shop where I worked with a team to build fixtures that would hold a variety of colorful, printed handbags.

As the start of the event neared, I joined the production team in removing paper used to shield the venue floor from footprints; and at ten minutes to show time, I made my way through a congested conflux of models, hairstylists, makeup artists, and all other support while on the hunt for steamers, essential in removing every crease and crinkle from tablecloths that held a slew of hors d’oeuvres.

Throughout the evening, I stood guarding the masses from their desperate attempts to sneak into the long line leading to the pop-up shop.  One woman stood along the ropes, peering in my direction through the corner of her eye, as she chatted with a friend.  When the line moved closer and she neared me, she began attempts to befriend me in hopes of making her way in.

One the most enjoyable parts of the night was observing grown women as they posed in front of mirrored walls (they filled the venue), phones in hand, snapping selfies.

The next morning, at exactly five a.m., the buzz of the alarm jolted me from my sleep, as it would do in the days ahead.  Sleep was a limited luxury.  (Early call times and late nights became the norm throughout the week.)  In my groggy state, I slid into my uniform of all black and made my way through the cold, icy streets to SoHo for the Jason Wu show.

At the backstage entrance sat a table, undoubtedly the coldest spot in the room, where a list of names and wristbands were placed for backstage access.  Although I dreaded manning the door, I willingly took on the task; it would not come without reward.  Bundled in my jacket, I familiarized myself with the list.  A blast of cold air grabbed my attention as the door swung open.  In walked Anna Wintour, without her trademark sunglasses, a smile across her face.  She looked me politely in the eyes and greeted me, “Good morning.”

I came upon many moments like these with designers Jason Wu, Diane von Furstenberg, Mary-Kate and Ashley Olsen, and Michael Kors; models Karlie Kloss, Frankie Rayder, Karen Elson, and Carolyn Murphy; and a slew of celebrities such as Jesse Metcalfe, Rose Byrne, Blake Lively, and Gerard Butler.  It was these moments that made the cold, early morning commutes and long, sleep-deprived days worthwhile.  I felt both removed and fortunate to have these experiences because they gave weight to my journey.

With several shows behind me, exhausted and with one day to go, I stood as part of a human barricade shielding a light installation, laid out in a fanned circular formation that served as the runway at Rodarte.  Madness ensued immediately as guests entered the space.  Photographers, eyes fixed to the lens of their cameras, stepped into light fixtures as they swarmed Dakota Fanning who sat front row.  Guests, in search of their seats, sent lights sliding across the floor.  The production team was in shock, “How do they not see this in the middle of the floor?”  It was chaos until the lights dimmed, signaling the start of the show.  There are perks to these situations, and in this case, mine was a first-hand view of the show.

On the final day, just as the models began to walk the runway of Michael Kors, a voice came over the headset: “Monica, we need you at Hugo Boss – NOW.”  I immediately escaped the backstage chaos and rushed to meet a member of the production team.  The elevators were blocked by security, and we needed another way out.  “The stairs backstage,” I recalled, seeing them earlier as I guided models from hair and makeup to dressing.  We slid through the scramble of photographers and climbed down several flights of stairs.  We were met with a yellow strip of caution tape that blocked a drop several feet down.  Defeated, we turned around.  “The other end of the hall . . . more stairs.”  Relief came when we finally reached a door that led to the city street.  We were off, but first a stop to pick up credentials that had just been printed for Hugo Boss by Jason Wu, with the show only a few hours away.  In minutes, we had credentials in hand and were in a cab.

As we traveled the city from Spring Studios to the offices of Boston Properties, I was told, “You are more than a great worker; you are a great employee.  We’d like to pay you for your work this season.”  I’d always been certain that we attract what we believe, but these were words I didn’t expect to hear.  I hadn’t come to earn a check; I was there for the experience.  My work now had value.  This moment gave great significance to my belief that dreams, no matter how big, can become reality.

Fear has often been my enemy, the lurking monster that leaves me frozen and unable to move.  But, it is when I stand paralyzed I am most assured I am on the right path, because it is fear that alerts us to our passions and lets us know we are pushing forward, growing.  We’ve just got to relinquish it and make the choice to take action.  Anything we set our mind to can be attained, no matter how hard it may be.  And in the end, the reward – it is sweet!