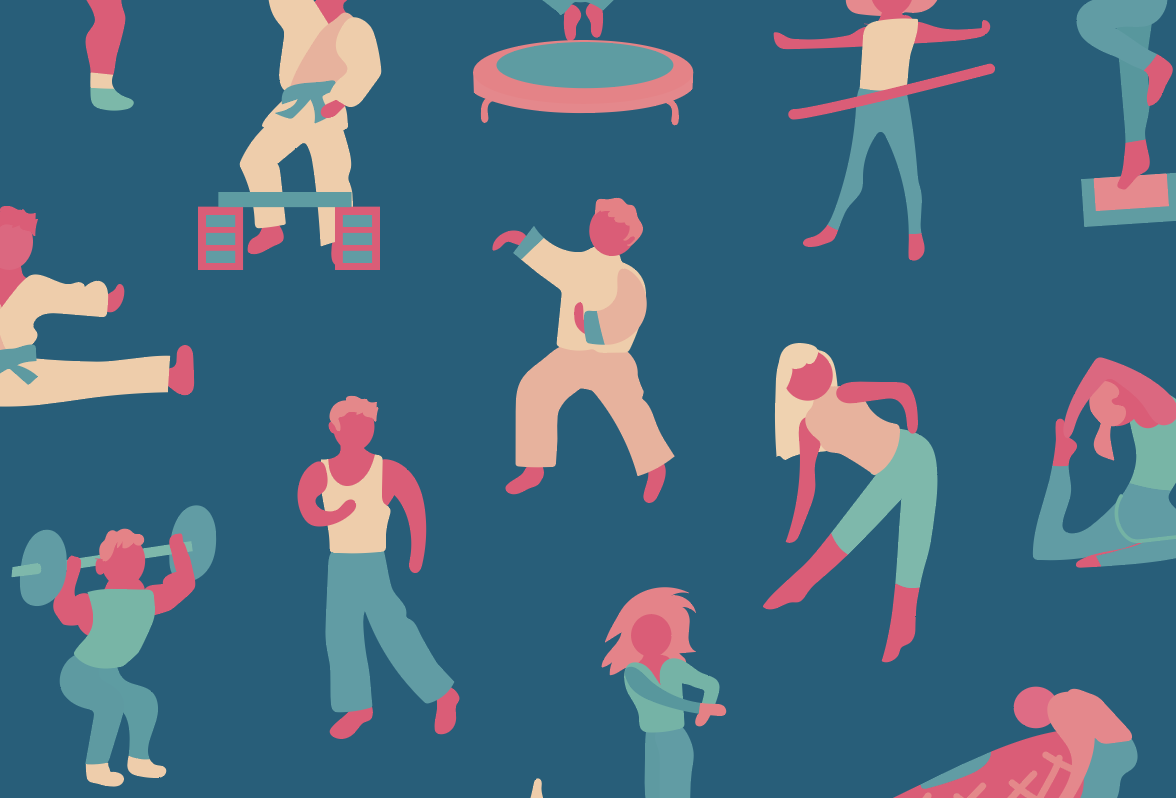 Popping in a VHS tape for a quick Jazzercise session, or perhaps to have Jane Fonda or Billy Blanks take you one step closer to your dream body, were a few of the living-room-friendly fitness options of the ‘80s and ‘90s.

And although VHS players, bright leotards, and leg warmers are practically extinct, some of the moves replayed by many of us over and over prevailed.

Cardio and aerobic exercise videos were extremely popular in the ‘80s and ‘90s with many different routines to choose from. And new versions of these high-energy workouts remain the go-to for many of those trying to stay active, have fun, and burn some calories while they’re at it.

Fonda and other workout-video goddesses like Denise Austin and Paula Abdul were the closest to today’s workout classes or videos, many of which are easily accessible on online platforms such as Pinterest and PopSugar.

We now have the privilege to access these videos right on our phones, tablets, or computer without filling up cabinets with VHS tapes.

Abdul’s dance videos and the well known Jazzercise are said to be a precursors to other dance crazes such as Zumba, which has had millions of people across the country and world dancing and sweating to Latin rhythms. And although this popular workout was created in Colombia in the ‘90s, it didn’t reach U.S. viewers until the early 2000s.

Another good example of dance exercise prevalent in the ‘70s and ‘80s are the hi/lo workouts, which stood for high impact and low impact. These choreographed routines mixed low-impact dance moves with high-impact moves such as grapevines and knee lifts, and were popular among those seeking to burn calories with a fun aerobic exercise.

Today we can still find these type of hi/lo techniques in dance cardio workouts aimed at burning fat while having fun and without the need for equipment. Many online workout outlets give you a variety of options when seeking these routines.

Mini trampoline workouts also became popular in the ‘80s after a study showed these were a good alternative to treadmill exercise. And because of the low-impact provided by the trampoline, these were advertised as perfect for those with back pain or joint issues.

Trampoline workouts are only a search away in online platforms such as YouTube. And for those who might get turned off by having to investing in the equipment to do it at home, these classes are also still available at some gyms and fitness studios.

One not-so-friendly on the joints option that outlived the era is the always fun, yet sometimes regrettable, Step Aerobics.

Once you got a hold of a plastic box-step and a hang of the moves, these high-energy, coordinated routines made you feel like you and your classmates could be featured in your own video. But after gliding over the step for a few-too-many turnsteps, grapevines and v-steps, your joints might’ve not been as excited as you were.

These videos and box-steps are still available for purchase or online. And in efforts to make these moves a little more joint-friendly, cushioned box-steps were also made available, even though a soft step might slow your perfect routine a bit.

And who can forget the Tae Bo craze of the early ‘90s, which was actually born in the early 80s out of Billy Blanks’ own garage. His love of martial arts led him to create a workout mix of taekwondo and boxing, using moves such as fast-paced kicks and punches for cardio purposes only, as these were not meant for combat or self-defense.

The workout quickly became hit with people of all ages who didn’t hesitate to make Blanks’ videos an infomercial success.

Today, we can find traces of this craze amid rows and rows of boxing bags found at the many kickboxing and mixed martial arts gyms, which still offer high-intensity workouts and the ability to punch the stress away.

So whether you are looking to bring back the bright leotards or just burn calories, now it’s easier than ever to relive the workouts that initiated today’s fitness fads.