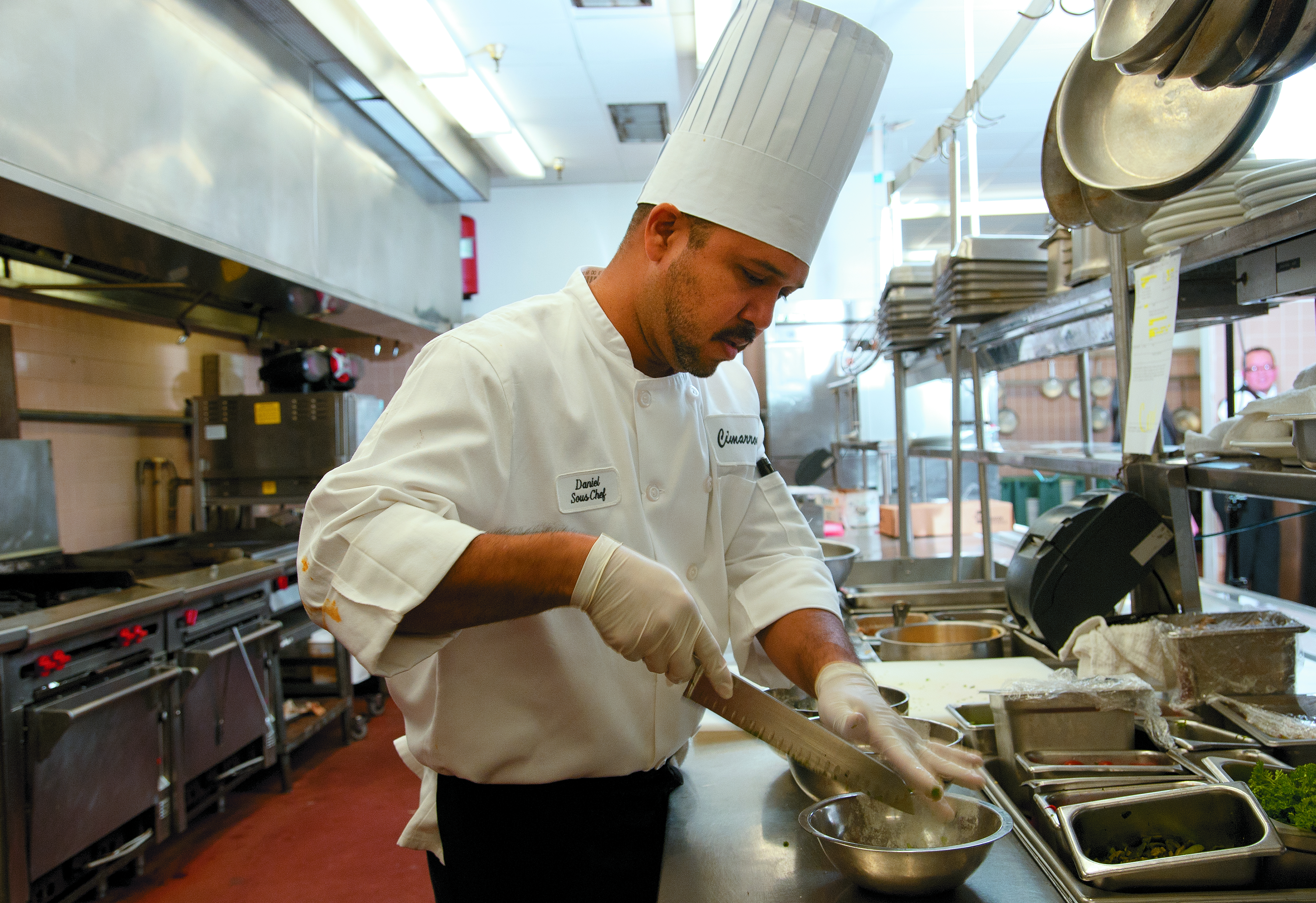 “It doesn’t feel like work,” insists one of the region’s premier culinary professionals. Rather, it’s a passion for executive chef Santiago “Jimmy” De La Cruz, who brings his experience visiting places around the world to the Rio Grande Valley by creating culinary masterpieces at The Club at Cimarron.
Whether it’s routing trips in other parts of the country, exploring Mexico, or any of the larger cities in the U.S., De La Cruz says you can expect a world of taste and etiquette in every thing he makes.
“When you have time to travel, and you have the means to travel, and it’s your passion, you see different things, you try different things, and your knowledge becomes honed into your repertoire,” De La Cruz says. “The more you know, the more experience you have, the better you are.”
His most recent trip included a 10-day excursion into Jamaica, where he made it a point to reside with the locals in order to learn what they eat. “I don’t stay at the hotel or resort. I stay with the people, so I got to experience what Jamaica was all about in terms of food,” he said.
“I like to explore what other places have and take what I see and try to incorporate that into my cooking style and knowledge. That’s how I grow,” De La Cruz said. “I take whatever is good for me out of each experience and then put it into my own style. That’s what comes out when I do anything like that.”
Earning his Culinary Arts degree from St. Phillips College in San Antonio, where he simultaneously apprenticed under certified Executive Chef Paul Rossimer at Oak Hills Country Club, De La Cruz brings nearly 30 years of experience working at high-end establishments across the country.
Highlights from past jobs include stints as executive chef at Lajitas Golf Resort and Spa, a five-star establishment with a flare for “cowboy” cuisine; the four star Wyndham Peachtree Conference Center and Hotel in Peachtree City, Georgia; and the four-star Woodlands Resort, Conference Center, and Country Club at the Woodlands, Texas. At the Woodlands, he managed a staff of more than 85 in operation that included seven full-service restaurants with a total of 100,000 square feet in banquet space.
At Cimarron, he supports a country club with 1,200 active members, working with a smaller staff of about 20 culinary team members who partly organize everything from simple banquets to large and exclusive galas.
“I bring a lot of expertise from different areas of the country. I bring financial control on the aspect of my jobs, controlling costs with food and expenses that are related to the food and beverage department,” he said. “I bring a vast repertoire with food with knowledge in French cuisine, Italian, Indian, a little bit of African and Mediterranean.”
He is currently the director of the Texas Chef Association Rio Grande Valley Chapter, which he has held since 2011, and he was the main chef for a local cooking show entitled “Savor the Flavor” in 2010 and 2011.
In December, when 29 year-old Victor Blanco discovered he would need a kidney transplant to save his life, De La Cruz took it upon himself to arrange a fundraiser in order to cover the $250,000 cost for a transplant.
He hosted a black and white tie dinner at The Club at Cimarron, charging guests $80 a plate in order to support Blanco.
“These are things I do to support the community,” he said. “I also make it a point to help local non-profits, trying to keep myself and the club at the forefront of local issues.”
“I take whatever is good out of each experience, “De La Cruz says. “That’s what comes out when I do anything like that.”