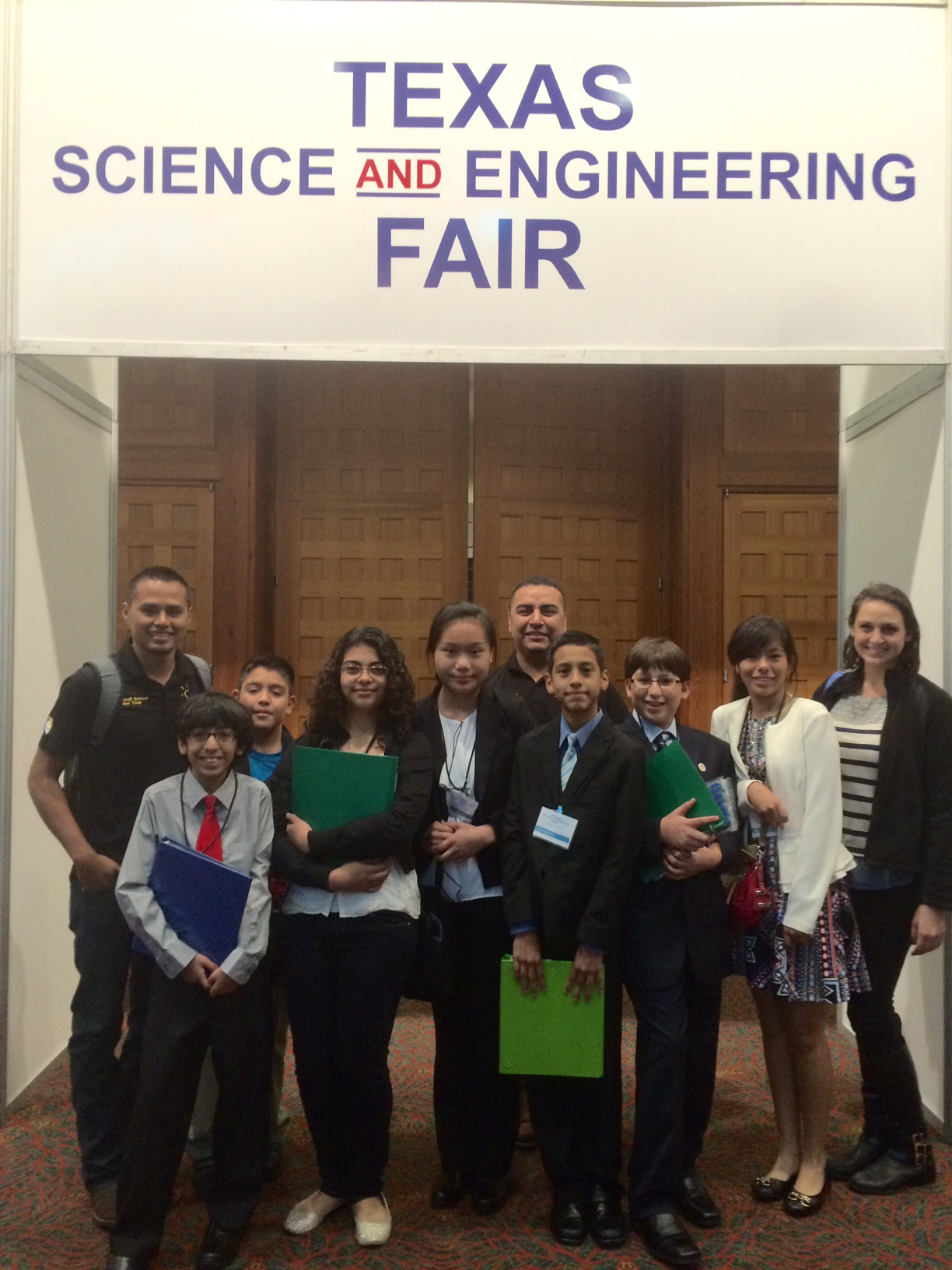 As an eighth grader, Therechel Abad is close to being at the cutting edge of addressing real world problems through science and research.

Recently recognized by the White House for her school science project addressing radiation in common electronic devices, Abad says work she has been conducting for the last year is finally seeing results.

“This project is about the most common electronic devices, namely cell phones. A report from the World Health Organization International Agency for Cancer has classified that cellphone radiation can cause diseases like cancer,” Abad said.  “Research is still ongoing trying to figure out if cellphone radiation is safe, but I didn’t want to wait for the final results after 30 years. I investigated several ways to protect us.”

This isn’t your typical school science fair. There are no exploding volcanoes or rockets to be seen. Instead, IDEA has redefined the science fair concept by challenging students to attempt to solve today’s most pressing challenges.

Abad’s experiment for example was meant to investigate the relationship between distance and radiation, and to find if cases or shields made out of household materials can decrease the amount of radiation emitted.

“An ounce of prevention is better than pound of cure,” Abad said.

Other experiments include research by students who are trying to find out what is in the meat we consume daily with regards to pesticides. Others are researching which insect is affecting our citrus plants in the Valley.

“Biology, calculus and algebra are all difficult subjects in college, but if you have a strong foundation, you will be more than ready for those courses,” said IDEA-McAllen principal Joan Alvarez. “IDEA has promoted this by having its own campus and district science fair, and it’s impressive the work we do. We make sure we challenge the students in both science and engineering.”

“We are gathering students and parents because we wanted to recognize our prodigies,” Alvarez said. “They are young students in grades 6-8 who represented IDEA at the District, Regional and State level.

IDEA Public Schools held a celebration for their prodigies in April. A gathering held at IDEA-McAllen was meant to recognize the success of students at the regional and state science fairs. A special recognition was given to Abad, who was the only student in the Valley invited to attend the White House  Science Fair in March.

After attending the regional science fair at UT-Brownsville, students then went on to the state science fair at Exxon in San Antonio. Abad was the only student who went to Washington D.C. and was able to meet Bill Nye and other leaders who are promoting science.

IDEA has 7 students who have qualified for the broadcasters masters program. They will now submit their work to hopefully be selected among the top 30 in the country to go to next year’s international science and engineering fair.

IDEA Public Schools is a growing network of tuition-free K-12 public schools serving nearly 20,000 students in 36 schools across Texas, including San Antonio, Austin, and the Rio Grande Valley. IDEA high schools are ranked in the top 1 percent nationwide by US News & World Report, have a 100 percent college acceptance rate, and a graduation rate five times the national average for low-income students.

“We wanted to recognize the hard work the kids do through innovation, research, extensive study, scientific inquiry and the work in putting everything together in order to change the nation, one project at a time,” Alvarez said.

“These projects are a representation of those students who have advanced and are not only representing IDEA-McAllen, but really the Rio Grande Valley in its entirety,” Alvarez said.