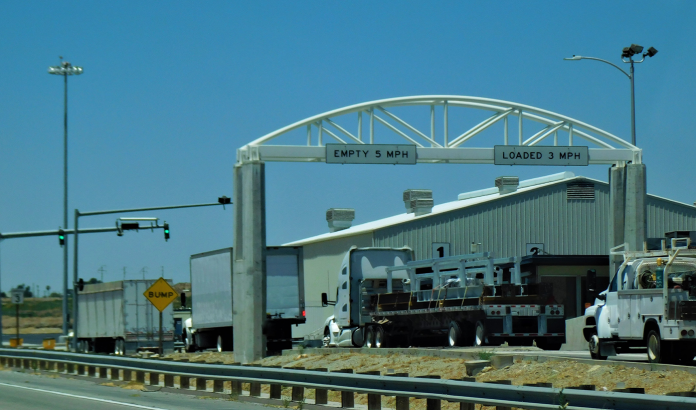 A traditional challenge in cross-border trade are divergent regulations between countries, for example truck weight limits. In the U.S., the standard weight limit for trucks is 80,000 pounds, but in Mexico, the weight limit extends beyond 120,000 pounds for some common truck types.

Traditionally, when a truck enters the U.S. from Mexico, load sizes at the Mexican limit must be broken down across multiple trucks to meet U.S. weight limits in order to have the products enter the United States. So, in some cases, the load of one truck at the Mexican weight limit would be cross loaded onto two other trucks, which would carry the load into the U.S., meaning it would require up to two extra trucks, two extra drivers, and people to move the cargo. In other words, traditionally, it takes a lot of time and money to comply with the divergent weight limit regulations between countries.

Thankfully, for companies operating in Rio South Texas, overweight corridors can be found throughout the region and these corridors aid in expediting cross-border trade. As trucks at the Mexico weight limit are allowed to travel on designated U.S. roads on a permit basis, loads don’t need to be cross-loaded at the border, making moving goods much more cost effective and time efficient. With cost and time optimized, supply chains can operate more smoothly. And this not only applies to trucks crossing from Mexico into the U.S.. These overweight corridor permits also allow trucks on the U.S side of Rio South Texas region to be loaded to Mexican weight limits, thereby allowing businesses to maximize efficiency of transportation for products headed into Mexico as well.

The Council for South Texas Economic Progress (COSTEP) is an organization that is focused on advancing regional prosperity through the addition of a strategic framework for economic development. To learn more about Rio South Texas, visit us at www.costep.org.