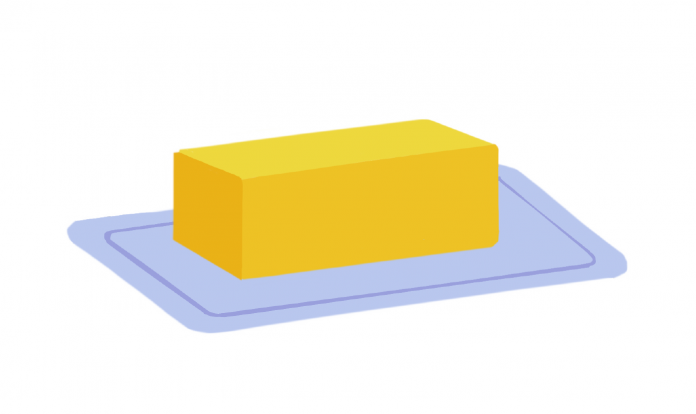 The Rio Grande Valley’s love for tacos is boundless. From street tacos in McAllen to breakfast tacos from Stripes, one ingredient they share is butter.

At home, you grab a tortilla and butter. While your comal or pan heats, you smear the butter all over the tortilla and place it on the hot metal. It sizzles and smokes, and the smell fills the room. You pick up additional butter and throw it on a pan to melt. You grab some protein (animal or plant-based) and toss it into a pan to cook for your soon-to-be-made taco. The meat sizzles alongside the tortillas. Grease bubbles pop while you season the cooking meat. As you grab a plate, you turn off the stove’s heat. Each tortilla is hot and soft, and the food gives off steam and oozes grease and butter. They come together to make a delicious meal.

Butter is a diverse ingredient that’s seen worldwide use. It revolutionized French refined and gourmet recipes, Butter of France wrote. It can make protein taste differently, like salt.

“Most broadly, butter would be classified as a fat,” nutritionist Ari Garza said. “It’s commonly used in cooking to add and enhance the flavor, as well as flavor and texture in baking. Although butter has some good attributes like calcium and vitamin D, butter is not really an essential part of a balanced diet and is often consumed in higher quantities than is recommended.”

As Garza said, people often overuse butter while cooking, baking, or eating. Butter can be made with or without salt, or as clarified butter, substitutes, or plant-based alternatives, to name a few options.

The type of fat prevalent in many kinds of butter is saturated fat.

Medline Plus says this type of fat maintains its shape at room temperature compared to unsaturated fat, which is liquid in similar conditions. Saturated fat is in several foods like milk, beef, and grains.

“Some eating plans [like Hello Fresh] actually require increased consumption of fat, like the Keto or Modified Atkins diet, but those may not be suitable for everyone and should be regularly monitored by a physician or registered dietitian,” Garza said.

Another problematic ingredient in diets is protein. The New York Times reported that American adults were eating about 100 grams of protein per day, or roughly twice the recommended amount in 2017.

“I think one of the biggest misconceptions of the typical American diet is the over-reliance on animal-based protein sources,” Garza said. “Daily protein consumption varies from individual to individual and can be affected based on factors like height, weight, age, level of activity, disease state, etcetera.”

The word “diet” is tossed around, especially at the start of a new year on social media, television ads, or in passing conversations.

But a healthy diet is key for individuals with diabetes. The Centers for Disease Control and Prevention reported Hispanics are 17% likely to get Type 2 diabetes. The Rio Grande Valley Diabetes Association adds that Type 2 diabetes can be passed down family lines. A keyword for going on a diet is “balance.”

“Foods can generally be broken down into three categories: protein, carbohydrates, or fats; each of those groups has dozens of subgroups from there,” Garza said. “To have a balanced meal, you would want to have a bit of each of these components at each meal.”

The idea of a balanced meal can come in many different forms, and has changed throughout the years. An example of this is an iconic poster from the U.S. Department of Agriculture that showed the food pyramid. However, 1992 studies revealed it was flawed by recommending consuming complex carbohydrates and eschewing all fats and oils, according to an article in the Scientific American.

Although there are many online sources to learn more about diets, nothing beats asking a registered dietitian or nutritionist in person. The U.S. Bureau of Labor Statistics explains that these professionals use “food and nutrition to promote health and manage diseases.”