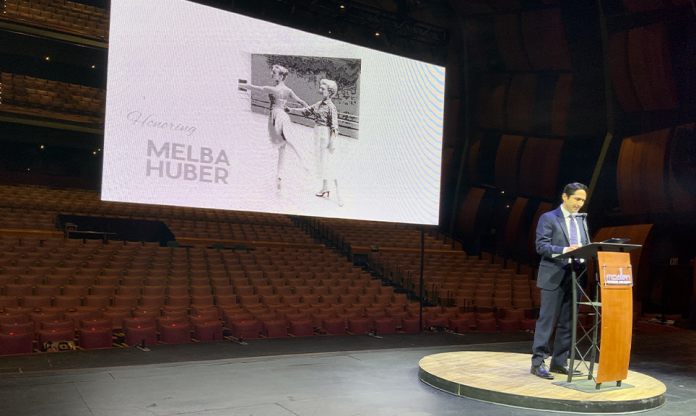 May 9, 1960, the McAllen Civic Auditorium held its first event: Melba’s Dance. Since then, on  the very same stage that has not only seen Melba’s performances but hundreds of more from artists and performers across the globe, the McAllen Performing Arts Center gladly announces the upcoming events for 2021-2022.

“It was a difficult year and a half for us, but we’re coming back with a record number of events. And so when I say that the Arts are back and better than ever, we mean it, and we have an incredible lineup,” said Yajaira Flores, director of the Mcallen Performing Arts Center (Director of Facilities).

Joe Kosin, the Vice President of Head Programming for innovation arts and entertainment, is part of the team in charge of the Live in McAllen and the Broadway in McAllen series. During the event, he announced the upcoming shows people of the Rio Grande Valley could look forward to, bringing back the quality of life to McAllen through the arts. That lineup includes shows such as Million Dollar Quartet Christmas, Rent, Charlie and the Chocolate Factory, Officer and the Gentleman, and Cirque Musical Spectacular.

“It’s been a pretty tough two years for our industry… for all of us, and we’re just really excited to be bringing joy back into people’s lives. This is something that means a great deal to us… Thank you very much,” said Joe Kosin.

With a predicted economic impact of $60 million in this season alone, the economic and cultural value of the McAllen Performing Arts Center is an undeniable asset to the community. Of course, this is made possible due to the contributions of the McAllen team members, city officials, and community partners. Some key city partners include the McAllen Chamber of Commerce and the newest addition: the McAllen International Airport. The combined efforts and contributions of everyone involved have allowed the McAllen Performing Arts Center to reopen and bring back stunning performances for everyone in the region to enjoy.

The impact the performing arts center has on the community is invaluable. It showcases local culture and talent while also exposing the local community to more diverse performances and events from around the world. With these upcoming performances, the McAllen Performing Arts Center exposes our community to see what is out there and inspires those to see what they are capable of in their aspirations for the arts.

“We welcome artists to express themselves through music and movement because every time a child experiences a performance as part of the audience, they’re inspired to dream, practice, and to rise to take the stage someday,” said Omar Quintanilla, the McAllen Commissioner for District 3.