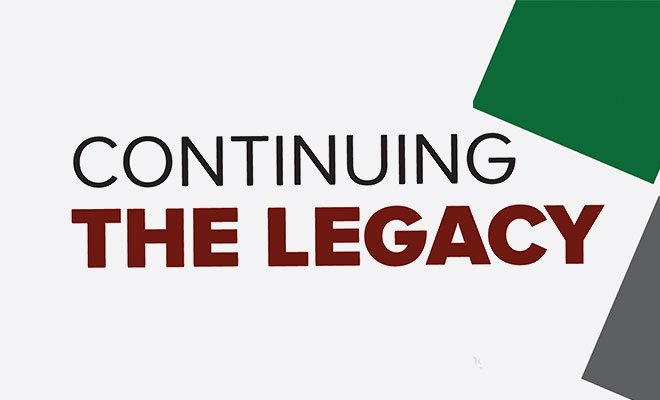 The PSJA Education Foundation reached a new milestone this year, awarding over $1 million collectively its first five years of existence to PSJA students and faculty through scholarships, grants, and district-level literacy programs.

First founded in 2013, the PSJA Education Foundation, a nonprofit 501 (c)(3) organization, has helped enhance educational opportunities for youths and families of the tri-city area thanks to sponsorships and donations from PSJA alumni, local businesses, and PSJA ISD staff members through payroll deduction.

Honored to continue helping students fulfill their educational goals and fund innovative classroom projects, PSJA Education Foundation President Jesse Vela Jr. emphasized that their efforts would not be possible without the endless support from the PSJA community.
“A big thank you to everyone for their continued support,” Vela said. “To those that give to the PSJA Education Foundation, know that every penny goes back to our students and staff for the betterment of our PSJA community.”
Reaching New Goals, Establishing a Legacy
The foundation broke its own record this year, awarding $375,000 through its efforts. A total of 145 scholarships were awarded to PSJA ISD graduating seniors, totaling $320,000, and $40,000 was distributed to teachers through 26 mini-grants.

Reaching this goal was always part of former President Joel “Joey” Gonzalez’s mission. He died unexpectedly earlier this year. Serving as president of the foundation since its inception in 2013 and as a long-time member of the Tri-City Business/Education Coalition, he worked tirelessly to provide funding to graduating seniors so they could continue their education.
Throughout his 30-year banking career, the last couple of years as vice president at Texas Regional Bank, he made an impact in the Rio Grande Valley and the PSJA community he loved.

The PSJA High School’s 1984 valedictorian dedicated his life to giving back to his community as a volunteer, coach, and a board member in numerous other boards, including Nuestra Clinica del Valle, Kiwanis, Pharr Chamber of Commerce, and the Pharr Rotary. He also served as president and board member of the Boys & Girls Club of Pharr.

As a special way to pay tribute to him, this spring, the PSJA Education Foundation awarded the first four-year Joel “Joey” Gonzalez Presidential Scholarships totaling $16,000 each to five PSJA ISD graduating seniors.

“We lost a great leader in Joey,” said PSJA Education Foundation Vice President Ronnie Cantu during a scholarship ceremony at PSJA Early College High School on May 8. “We are honored to continue his legacy. He believed so much in the power of education and giving back.”

For one of the Presidential Scholarships recipients, receiving this award was a true blessing.

“I almost cried when I found out,” said PSJA Southwest Early College High School graduate Antonio Martinez. “I am so thankful for the scholarship because I am the first one in my family to graduate from high school and will be the first one to go to college.”

After learning about the legacy of the man behind his scholarship, Martinez now feels inspired to seek ways to make an impact in his community.

“Once I complete my education, I plan to come back to the Rio Grande Valley,” said Martinez, who will be pursuing a bachelor’s degree in biology/pre-med at Texas A&M University with the goal of becoming a cardiothoracic surgeon. “Every penny we’ve been given has been an investment in our education and I hope to one day make a difference by helping students like me go to college.”
###

For possible side graphic: