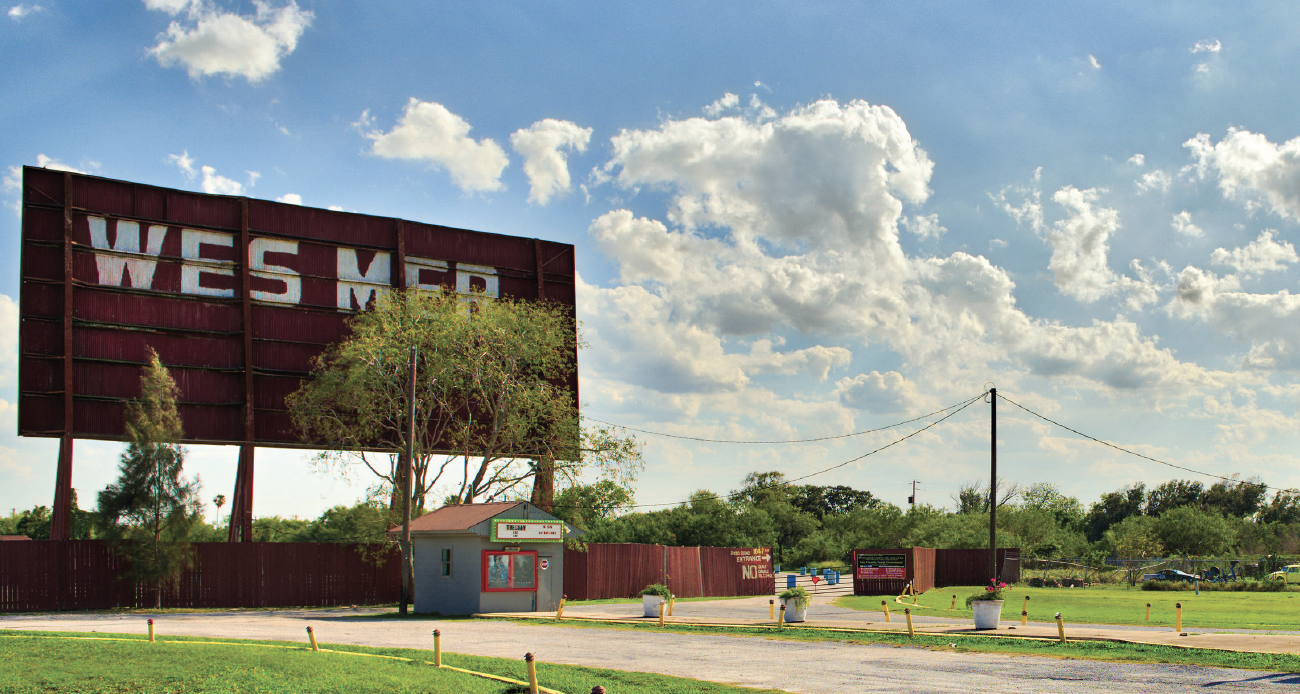 Would you drive over 250 miles to watch a movie?

“People in San Antonio who come down here love to see the movies here,” said the security guard at the WesMer Drive-In. The theater, located in Mercedes, is the last drive-in theater in the Rio Grande Valley, and one of the few left in Texas.

It opened up in the late 1940s, right at the start of the drive-in theater boom. The popularity of the drive-in spiked after World War II and reached its heyday in the late 1950s to mid-1960s, with some 5,000 theaters across the country. The WesMer Drive-In did close down in the mid-1980s, but reopened 10 years later. Today, fewer than 500 drive-in theaters survive in the United States.

Many of the customers of the WesMer theater feel like they have a history here.

“We’ve been coming here for more than 10 years,” said one moviegoer from Edinburg. “I remember my grandpa had taken me out here for the first time when I was 10 years old. This is where my grandparents had their first date together. I’m from Edinburg but my family stayed in Mercedes for the longest time. Oh, I actually remember breaking my toe here once when I was 19. This was before they had put the rule about sitting on top of the cars, my sister had actually closed the car door right on my foot!”

The WesMer theater charges by carload instead of by the person. Normal price is $10 per car, but on Tuesdays, it is only $5.

“The price is actually the first thing that really got me in,” said another attendee from Edinburg. “Getting to see two movies for about 10 dollars, you can’t even go see one movie for 10 dollars anymore. I used to come to drive-in movies a lot when I was young — that was in the ’80s. When I heard that this place was still open, I decided to make it my go-to movie spot.”

One of the attractions of a drive-in as opposed to a walk-in theater is the freedom it gives you.

“I still come here because it’s really a family place,” said a patron from Pharr. “We can talk to each other about the movies, the kids can get out and stretch their legs, they don’t always have to be sitting and super quiet, you know? I don’t even mind the drive, it’s worth it because it’s two movies and they’re even new movies. I’ve been coming here for about six years.”

For some people the WesMer Drive-In has become part of their family rituals.

“My mom would always take me here if I did good on tests in school as a kid,” said one Edinburg resident catching a movie at the WesMer. “It’s funny because the place had closed down but it had opened back up. When I went back to school to finish up my degree and after I had graduated with my bachelor’s, she took me back here. We have a history with this place.”

Over the years, the WesMer Drive-In has had to implement some rules to maintain a family environment.

“The only thing I really have to deal with is the alcohol,” said the theater’s security guard. “I’d say about 95 percent of people we never have a problem with. When it’s summertime, it’s always going to be busy because of the kids. Weekends and Tuesdays would be the busiest.”

To see what is showing, check out the theater’s website at www.wesmerdrivein.com.