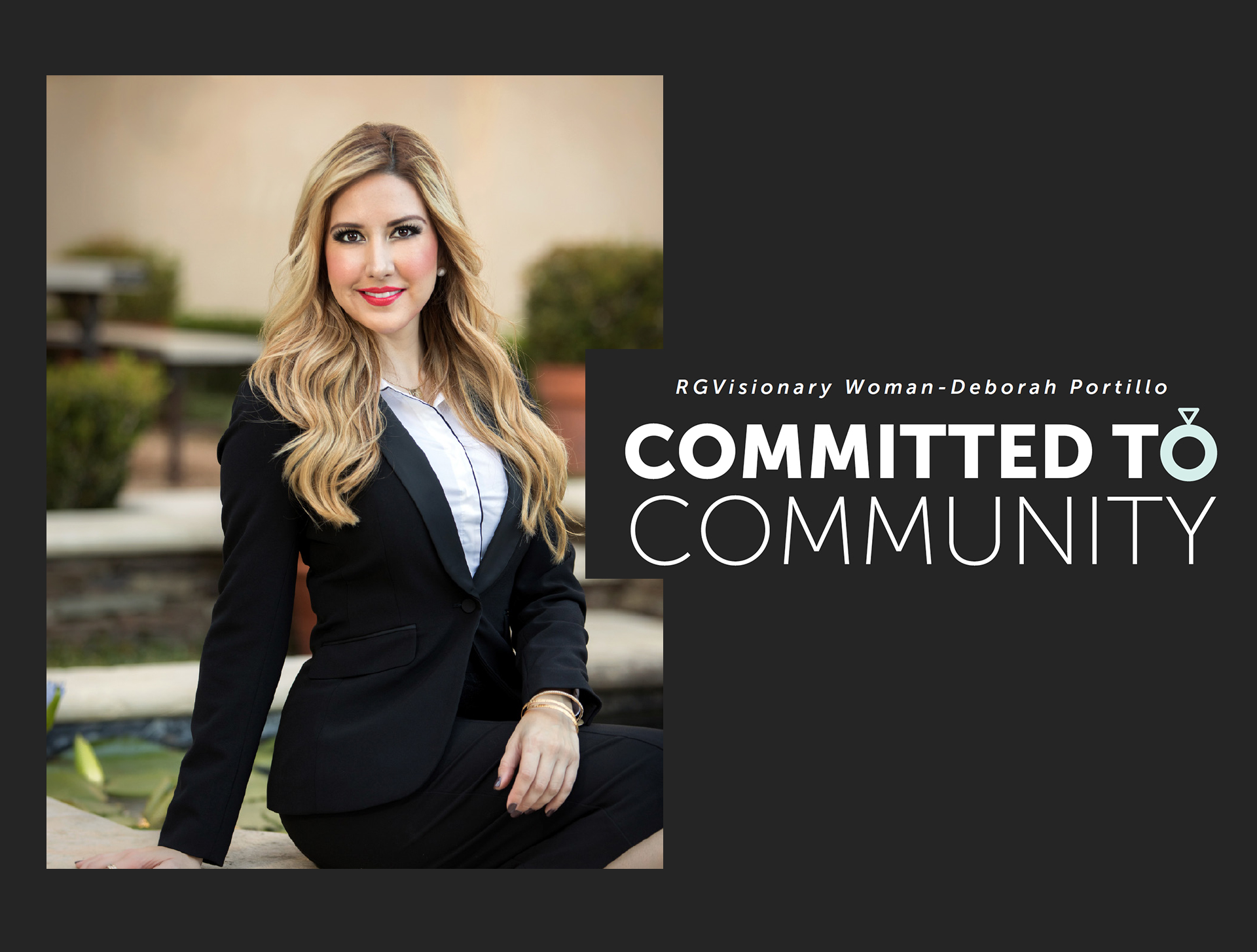 Those who grew up in the Valley might recognize the surname Portillo from Portillo Jewelers in McAllen, Harlingen, and Brownsville. Deborah Portillo comes from a family of jewelers, with her parents first establishing their namesake store in downtown Brownsville over 33 years ago. With both parents coming from humble backgrounds, Deborah is proud of the legacy they created. According to Portillo, there isn’t a childhood memory of hers that doesn’t involve being at her parents’ store in downtown Brownsville. Being immersed in the business at such a young age provided an opportunity that many children never experience.

“My work ethic, values, determination, faith and drive come from my parents,” she said. “They gave everything to their children, so that they could have a chance at a better life. For that, I will be eternally grateful.”

This work ethic has flourished into success in the business world as well as into a commitment to her community. Her first entrepreneurial and solo venture, Portillo Chic Inc., opened its doors in 2013. When she learned of her father’s plans to close their original store, Portillo was inspired to carry on her family’s legacy in Brownsville, where it all started. With a little encouragement from her mother, she took a leap of faith and set off on her new venture. After being turned down by every single bank in town, a determined Portillo refused to take no for an answer and found investors to help make her dream a reality. Nearly five years later, Portillo Chic, a jewelry boutique that focuses on the millennial market and buying experience specializing in engagement rings, unique statement pieces, and customized jewelry, is thriving. This innovative concept is going strong, recently voted Favorite Jewelry Store in The Brownsville Herald’s Reader’s Choice Awards. She then took that same concept to her subsequent endeavor, Lace, by Portillo Chic, which has over a year in operation specializing in bridal, quinceañera, formal gowns, and lingerie. Portillo’s leadership and commitment to individuals has helped build a team that has grown with her, allowing her to focus some of her efforts into other areas. 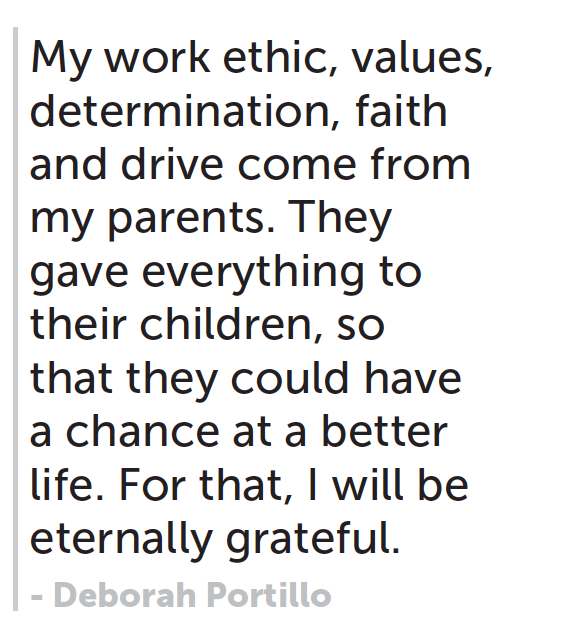 One such undertaking included campaigning for a place as city commissioner of Brownsville, and after a run-off, Portillo secured a four-year term and the chance to make a difference. In addition to her desire to give back, Portillo encountered some frustrations in the process of opening her business, and rather than complaining from the sidelines, she decided to do something about it. Portillo was sworn into the City Commission of Brownsville in 2013 and made it her goal to make the city more tech-savvy, business-friendly, and transparent to the public. Along with opening her own business, serving her hometown on the city commission has been among the top experiences in her life.

With a heavy heart, this year, Portillo decided not to seek re-election. She felt that it was time for someone with new ideas to come into the fold and wanted to spend more time on business and with family and friends. Shortly after leaving office, she accepted a position as director of Industrial Development with OmniTRAX, an affiliate of The Broe Group, a large, successful, privately held North American company that specializes in real estate investment/development, transportation, supply chain solutions, and energy. This position is the perfect platform for Portillo to manifest her skills and experience in business and economic development. She’s already active in projects to recruit numerous companies to the Rio Grande Valley that will create hundreds of desirable new jobs and sustainable economic benefits for the community at large.

“I tried to make the best of the four years I was in public office,” Portillo said. “I feel one never truly stops serving.” She remains actively involved in a variety of organizations. “I honestly feel I make a difference for my community every day — however large or small that it may be. It means the world to me.”

When she’s not working, Portillo likes to spend time with her family, enjoys the arts, and buries herself in a good book. Though she says most will never see that side of her, she is a nerd at heart who never wants to stop learning. With great passion for her family and her hometown, Portillo continues to model success in every avenue she pursues.

“I do not consider myself a visionary by any stretch of the imagination,” she said. “I am humbled and honored by this designation. However, I’m just a young woman trying to do right by her parents, make a name for herself and enjoy life in the process. I don’t know what the future may bring but one thing is certain, I will not be bored in the process.”

A wonderful example of leadership in her community, like Portillo, we can all strive to dream big and make those dreams come true.

“If I had one piece of advice, it would be, do not take ‘no’ for an answer,” Portillo said. “Never let someone make you feel like you’re not good enough, smart enough or anything less, even if that someone is yourself. You are what you want to be, and you give yourself the place you think you deserve. The world is literally at your fingertips and one must not take that for granted!”