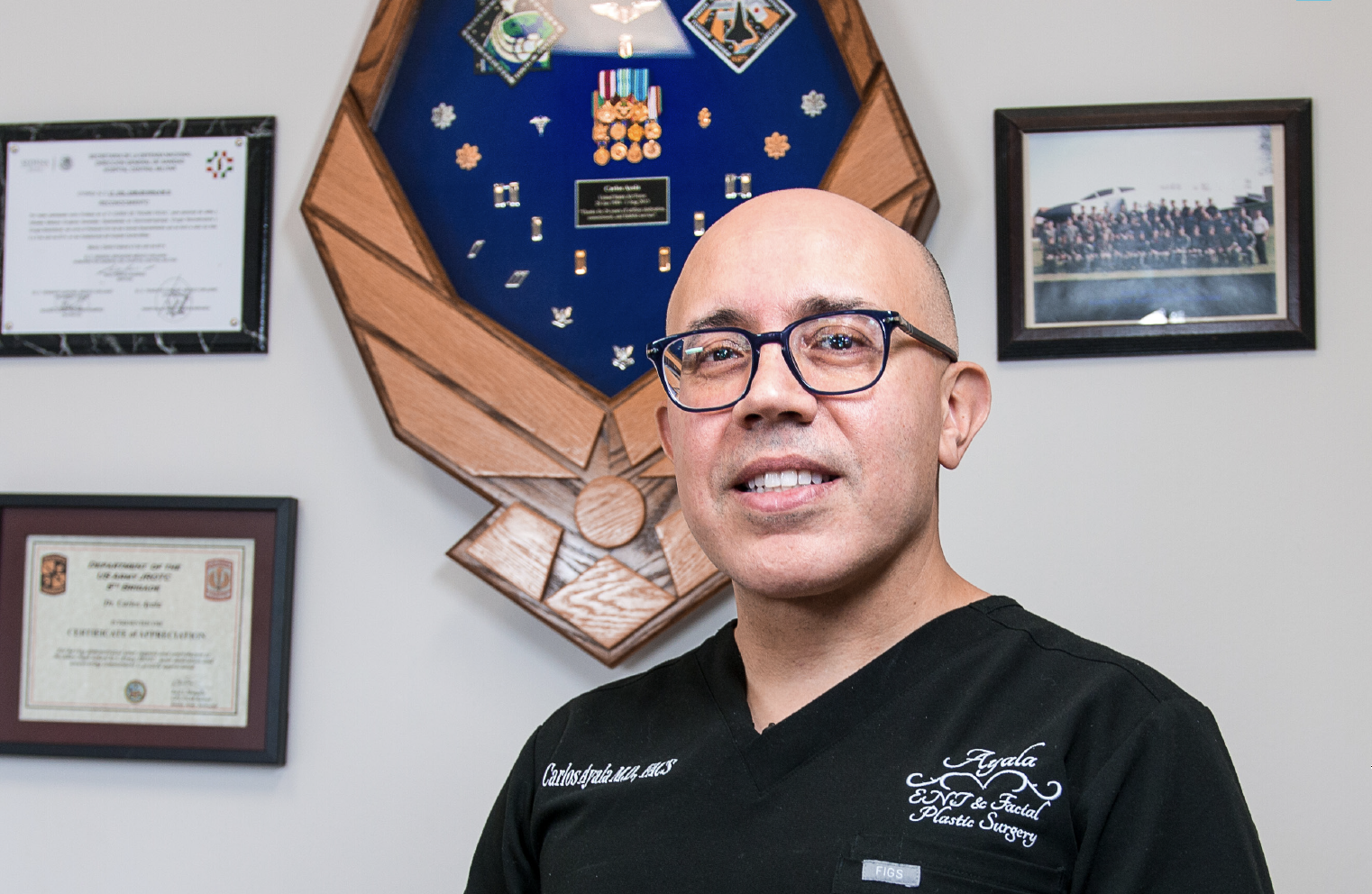 After a long and storied medical career, Dr. Carlos Ayala, who retired from the Air Force as a lieutenant colonel and a decorated war hero, could literally have chosen anywhere in the United States — or even the world — to start a private practice. With his years of practical and highly technically advanced experience, any community would be lucky to have him. Fortunately for the Rio Grande Valley, he chose McAllen to start his practice in June 2013.

“I had never been to the Valley before,” Ayala said. “In fact, I had never even heard of it, but one of my professors from medical school has a son who practices medicine in the Valley and he told me to go and visit his son and get an idea of the area.” The son soon recommended Ayala to the hospital he was associated with, and the rest is history.

Ayala’s main reason for selecting the Valley though, was more personal.

“I had spent a long time in the military, my whole adult life, from the age of 18 until I was 47,” he said. “When I finished, I decided I wanted to be somewhere that was under-served. I wanted bring value to the locale, and bring something that was needed. The Valley has a large Latino population and because I am Spanish speaking, I felt I could bring my undermanned specialty to this community.” Ayala was raised in the Bronx, New York, by Puerto Rican parents. Since the Valley is under-served in this particular specialty, Ayala is highly sought after.

“Once doctors know I am here, and speak Spanish, they send me their patients,” he said.

While still in the military, Ayala chose to focus on ear, nose, and throat (ENT) as his specialty, but then went a step further and trained for, and practiced, facial reconstructive surgery.

“Within the medical field, one of the most difficult specialties is ENT, so already I was choosing a difficult specialty,” he said. “Within ENT, I liked the idea of further helping people enhance or restore their natural beauty.” To that end, the military sent him to train with the best facial specialists in the world in Beverly Hills. He took that knowledge to then work with wounded soldiers in Afghanistan, where he gained a certain measure of fame.

“While I was there performing reconstructive surgery I was helping to restore balance and beauty for wounded soldiers,” he said.

Today his focus is less on the immediacy of wounded warriors and more on the day-to-day struggles of allergy sufferers, those who have congenital defects, and people who just want a better quality of life. To that end, his practice works with a wide variety of nasal/cranial issues, from allergies, sleep apnea and snoring, sinus issues, nasal obstructions, and balloon sinuplasty, among other things.

“I focus on the nose; I can reconstruct it from the inside and out,” he said. In this, Ayala is uniquely qualified. Currently, he is the only board-certified, fellowshipped, trained facial plastic surgeon in the Valley. Although ENT is the heart of the practice, Ayala still enjoys demonstrating his expertise in plastic surgery and offers a full range of cosmetic and surgical remedies — from Botox and Bellafill to ear proptosis (pinning back of the ears) and even facial piercing repair. He will perform eye surgery and facial contouring, among other services. He has advanced diagnostic equipment in his office to help him achieve the best possible outcome.

Another aspect of the practice is working with patients on scar revision, which corrects skin changes caused by an injury, as well skin cancer removal and reconstruction on the face/cranial areas. The practice will remove skin tags and moles, as well.

There is no doubt that since his arrival in June 2013, Ayala has been a welcome addition to the Valley, and as the Valley continues with its unprecedented growth, the Ayala ENT Facial Plastic Surgery practice will undoubtedly be at the forefront, leading the way.