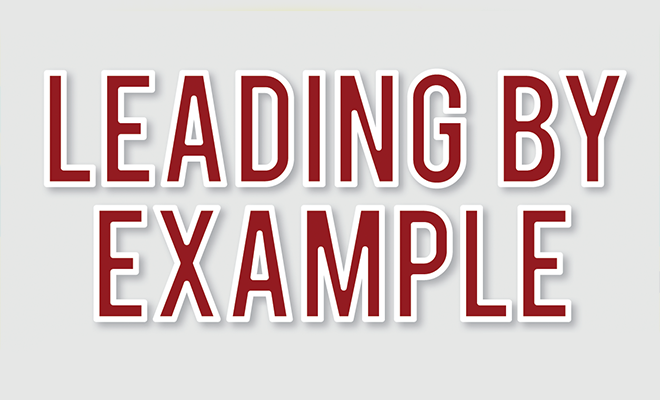 Leaders at Pharr-San Juan-Alamo ISD celebrated the completion of their second year in the Holdsworth Center’s leadership institute for Texas public schools. District leadership also received a certificate from the center during a special ceremony recently in Austin.

Founded by H-E-B Chairman and CEO Charles Butt, a lifelong advocate for public education, the Holdsworth Center offers world-class training and leadership development to school districts selected to participate through a generous multi-year investment. PSJA ISD was one of only seven Texas public school districts selected for the center’s inaugural cohort, which began in June 2017.

As part of the cohort, PSJA ISD committed to a five-year development journey aimed to build a strong talent pipeline and leadership development system that began with the superintendent and leaders from central office and incorporates additional personnel at the campus level.

“The reason I founded The Holdsworth Center is to help public schools invest in the long-term growth and development of leaders at all levels,” Butt said in a letter sent to the participants. “Leadership is not a function of rank or title. Leadership is a journey we can all take, starting with effectively leading ourselves and growing into leaders of others, including students.”

As part of the process, the center helped evaluate the district’s work via an annual assessment sent to all staff to determine areas of need. Four committees were established to assist this work: Leadership Development, Selection, Evaluation and Role Definition, and Internal Communications. Since the program started, the district has also developed its new Leadership Definition — the Spirit of PSJA. 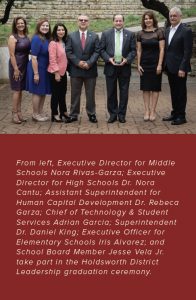 The Spirit of PSJA is the district’s definition of great leadership developed during the 2017-18 school year through a comprehensive approach engaging several members of the PSJA family through the process. Its purpose is to guide the district’s work in developing current and future leaders. It is also a tool each member of the family can use to evaluate their work and potential as they continue to grow as leaders within their role and the organization.

According to Melanie Singleton, Holdsworth Center’s district support for PSJA ISD, one of the most visible changes is the Spirit of PSJA.

“The district’s leadership definition was designed in year one with the help of teachers, staff, central office, and leaders in the district,” she said. “If you walk into any school or department, you will see it prominently featured.”

In addition to the district’s leadership definition, Singleton said that some of the most granular changes for staff members include the hiring process through the Human Resources Department, which has become more clear and transparent, and improvement of internal communications through the new MyPSJA Employee Portal.

“I love working with PSJA. It has been such a pleasure to work with the district that although has been accomplished in so many ways and has set records across the state and country, is still so hungry to lead, to change, and improve,” Singleton said. “This is a program for school districts that are already doing well and want to go from good to great. I have no doubt that this will lead to even more great things from this district.”

In addition to central office leaders participating in this journey, most recently, three PSJA ISD schools became the first to participate in an inaugural PSJA-Holdsworth Campus Leadership cohort. Five additional campuses were selected this spring after a competitive and intensive selection process:

These campuses have the mission to represent the district as they continue to expand lessons learned throughout this leadership journey.

“To the first group of educators, I send my deep thanks and hearty congratulations,” Butt said. “Thank you for putting faith in us and for giving your all to this journey. I could not be prouder of everything you have accomplished in the past two years and am optimistic for what the future holds.”